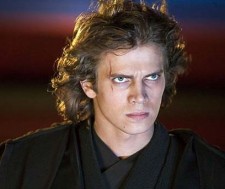 It's coarse and rough and irritating, and it gets everywhere.

Now I know how Anakin felt, torn between love and duty. Will I follow in his footsteps down the dark path, or will I stand firm in my convictions? Surely I will not falter, as Natalie Portman is not carrying my babies or listening to me bitch about sand.

You see, I swore to myself that I would absolutely not buy into another MMO, especially one that settled for the WoW formula just to appease the masses. However, my love for Star Wars and The Knights of the Old Republic series runs deep. No man should have to endure the conflict I felt when participating in the final Beta test for Bioware’s Star Wars: The Old Republic.

My disdain for World of Warcraft and its ilk stems from a series of bad MMO experiences that culminated with a month long stint in Azeroth. I know why people get drawn into that style of game. At first, the world seems infinite and wondrous. You travel to exotic locales, constantly attaining new abilities and loot and hopefully share your adventures with some friendly guild mates. Many people can happily slog through the repetitive, uninventive quests and frequent downtime in order to taste the occasional moments of triumph and validation. I am not one of those people.

I’ve kept up with the media coverage of TOR in the past couple of years. I read the previews, watched the videos, etc. Bioware was really playing up the story aspects of the game. I’m in the camp that thinks the KOTOR games were better Star Wars fiction than the Prequels. Fully voiced dialogue and unique storylines for each class sounded pretty darn appealing. I liked the setting and art style, too.

I also know how to read between the lines. Call me jaded, but I get wise to same-old-same-old game design pretty quick. You probably do, too, if you play a lot of games. If you turned off your John Williams inspired goose bumps during the game’s trailers, you could see some pretty standard looking MMO combat. That was the first time I lowered my expectations. 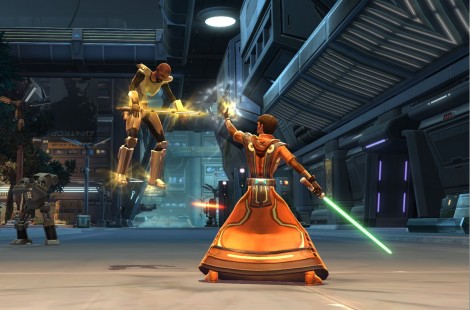 Love doesn't lift us up where we belong, the Force does.

Then the previews started rolling in this summer. Some praised the game’s story-driven take on the genre, yet others chided the game for its reliance on conventions such as fetch quests and slow progression. A couple of weeks later, people started coming into my work talking about the game (NDA be damned!). Some would say “It’s just like WoW” but too many were going “Oh God, it’s awesome” and “It’s KOTOR 3“. Oh, no you didn’t. Shit, I better go sign up for the beta.

Weak with this one

Luckily, I never fully jumped on the hype train, what with Skyrim and a million other games keeping my full attention. So, when I finally received the invite for the final beta weekend, I had not been overloaded with tales of everyone else’s adventures. I had installed and patched earlier in the week to minimize wait time when the servers went up. Once Friday rolled around my schedule had gone to hell, though. I wouldn’t actually get to play until Sunday night.

I was upset at myself for being so excited when I first fired up the game, but I couldn’t help it. The familiar sights and sounds triggered some dormant mutant gene. I transformed into a child again. It appears that I have some midichlorians after all, despite George’s best efforts to eradicate them with the likes of Jar Jar and purple light sabers.

I started my session by creating my Jedi Knight-to-be Joosh-Li, with his dashing beard and stoic demeanor. He definitely looked the part. Next I was greeted with the opening tutorial mission. As promised, the dialogue was fully voiced. No text bubbles here. The signature Bioware speech wheel was a welcome sight. How refreshing, being able to respond to NPC’s with lines of my choosing. 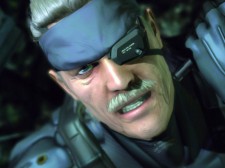 Hold up. My character’s voice sounds awfully familiar. So smooth and raspy. By Jabba, that’s David Mother Effing Hayter! Star Wars plus Solid Snake? I fought back a “squee.” I need to keep my shit in check. Games are serious business.

I proceeded to complete the first couple of quests. They were the standard fare, running around learning the controls and the lay of the land. The art style is somewhere between the older Knights games and the newer Clone Wars stuff. It looks good and it runs well, so a pass there.

The dark side of combat

As expected, the combat consists of the standard issue “Press 1, Press 1, Press 2”, made even less exciting early on by only having a couple of different attack skills. That was a huge downer moment for me, since that style of combat is about as unrewarding as it gets. I don’t mind dice rolls behind the scenes, but at least feign some level of dynamic control. Killing those Flesh Raiders wasn’t very satisfying. Despite popular belief, I can only “1” and “2” for so long before fatigue sets in.

After slogging through a couple “kill 10 of these” quests, I get my first instanced story mission. You can spot them by a large blue barrier at the entrance. This one was in a cave. I killed some more of the basic creatures, then squared off against a Sith knock-off. At the end of the combat sequence, a cutscene played out, just like it had during most of the other quests so far. These are the moments that keep the game interesting, and might make the journey between worthwhile. When you wrap up a combat sequence and are conversing with NPC’s, choosing your dialogue and furthering the story, it’s hard not to get sucked in. You might even forget you’re playing an MMO during these times. There’s a reason the story bits got so much focus in all the media released so far. They are easily the best part of the game. If you like Star Wars, or any of Bioware’s previous games, you will enjoy the narrative here. 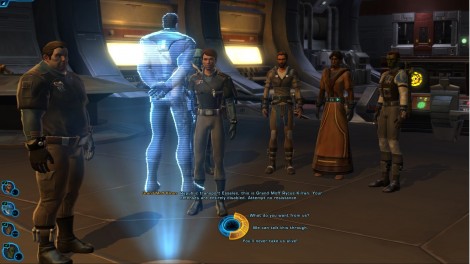 You always have the option to be an asshole.

As I moved on to the next area, one that was obviously less confined and had less hand-holding, I started to get into the groove. I still wasn’t really digging the combat and grindy parts of the missions, but they were a means to an end. I was playing a Jedi in a Bioware RPG. I was completing quests for Jedi Masters, continuing my trials, battling strange creatures, saving Twi’leks and generally doing Star Warsy stuff. I eventually teamed up with another Padawan for a few missions. That made the not-so-fun parts much more bearable.

Being a person with Monday morning obligations, I logged out and called it a night. Despite the servers being up until midnight the next day, I wouldn’t get a chance to play again. This may have been a stress test for the servers, but it was a demo for me. I needed to find out if this was a game I could play and enjoy, and I didn’t want to spend $60 to find out. I needed to know if it really was “KOTOR 3” or just another run-of-the-mill MMO like I originally suspected.

The Old Republic takes more than a few cues from World of Warcraft. For many people, like actual WoW players, this will probably be a good thing. I’m not too fond of the combat controls and cookie-cutter quest objectives, myself. I thought Commander Shepard and other successful Bioware influences would have had a say somewhere along the development process, but alas, his battle orders fell on deaf ears.

However, the narrative bits really did serve the game well, and kept me shuffling along a path that I was so sure I would jump off of at any moment. If I could be persuaded to keep progressing through the story in these early levels, surely I would be enthralled later on when inevitably the more epic quests arose. Or, would my jaded side let the grind get to me?

I’ll find out soon enough. I just pre-ordered the game.

From my limited time spent in a galaxy far, far away, I can’t yet say that I’m going to still be playing TOR well into 2012, but the prospect of my first lightsaber and my very own spaceship will have me find out. I will be remaking my Jedi Knight at launch. You can send your friend invites to Solid Snakewalker.