Would you believe that we live in a world that you can play video games on your phone? Well, we do, and here are the best App Store choices for this month. 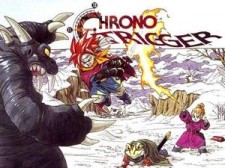 If you haven't figured it out yet, this game is awesome.

A game that is revered as one of the best Super NES games ever made finally came to the App Store this week. Chrono Trigger is now playable virtually anywhere. The game is a port of the 2008 Nintendo DS re-release and will feature new areas titled Dimensional Vortex and Lost Sanctum. I don’t know a lot about these new areas, but more Chrono Trigger is a good thing right? The game is offered at a very affordable price of $9.99. For those of you keeping track at home, this game has now appeared on the Super NES, Playstation, Nintendo DS, Virtual Console, Playstation Network, and now mobile phones. I am just trying to figure out if owning the game on DS and my iPhone is overkill.

Halo fans rejoice! You can now have more places that you can obsess about your stats. Waypoint will hit all major mobile operating systems on December 10th for free. You will now be able to impress the ladies at the bar by showing them how many career sticks you have in Halo: Reach. Because you know the ladies love hearing about Halo stats. 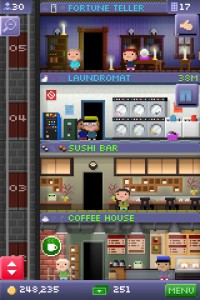 Unfortunately I was not on Apple's GOY committee.

Apple’s Games of the Year

Apple has also announced their games of the year as well. This year’s winner is Tiny Tower. Apparently, cute simulations are all the rage these days. In this case, you are given the task to build a tower and populate it with shops and residents. So, basically, you could build a tiny Trump Tower. Of course, the game is very limited and you can only perform so many tasks in a given time frame, but while you are away the tower digitally exists just like other ‘social’ games perfected by Zynga. Tiny Tower is not a Zynga game but probably could be. Game of the year first runner up went to the adorable Tiny Wings. Finally,  second runner up went to Touchgrind BMX. I wonder if Cliffy B is really pissed that Infinity Blade II didn’t get any iPhone GOY love?