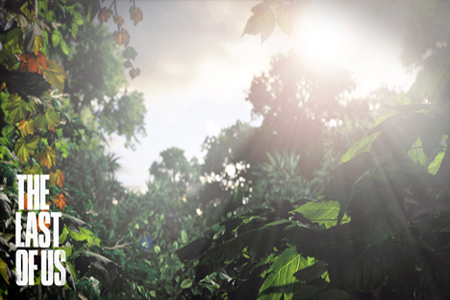 So beautiful. Is this a gardening game?

A more in depth trailer for Naughty Dog’s The Last of Us was shown during the Spike VGAs this past weekend, and with its reveal both speculation and excitement began to build within the gaming community. I, too, felt a small flicker of excitement at the thought of a survival horror title that appears to actually be survival horror (as opposed to, “survive horrible situations with the aid of a crap ton of weapons.”) The fact that Naughty Dog is at the helm made the news even more palatable but as a gaming journalist I can’t let fanaticism and anticipation blind me to some glaring issues contained within the totally sweet but still limited trailer.

I didn’t see Juno, but from what I do know about the film I kind of have the feeling that it may be a bit inappropriate (though very edgy and quite creative) for Naughty Dog to make a sequel for the critically acclaimed movie in the form of a survival horror game. I applaud Ellen Page’s reprisal of her Juno character and think that it will be interesting to see her sarcasm and relative indifference towards crisis play out in a scenario that is arguably more intense than teen pregnancy, but are gamers going to feel the same for an extended period of time? While Nathan Drake and Juno share some similarities in terms of what can be qualified as “snarkiness“, the demographics for Juno and Uncharted seem like polar opposites. Can we expect to see other Juno characters featured as well? Perhaps Michael Cera or Jason Reitman will show up as unlockable characters or in in DLC side quests, though from the title it seems like the quirky cast that made up Juno’s life are all dead. 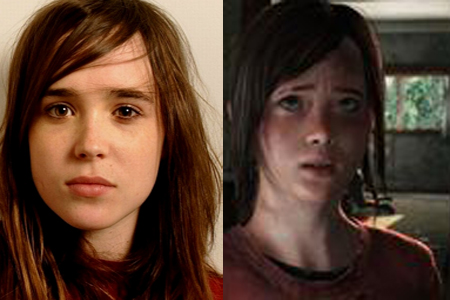 I wonder if Ellen Page wore one of those ball covered motion capture suits?

As if the licensing fees weren’t going to be extraordinary enough, Sam Fisher from Splinter Cell makes an appearance as Juno’s post apocalyptic associate. It appears that a much older Fisher still has a bit of sneakiness left in him, though his peeking around corners skills didn’t seem to be as applicable when fungus headed human hybrids replace the inattentive guards that the king of covert operations is used to. It appears like he’s without all his crazy gadgets as well, which was a huge strategic advantage for him during his days of espionage. Obviously, a survival horror game wouldn’t be as difficult if the main character was a twenty something super soldier armed with space age stealth capabilities, but why even feature Sam Fisher if all of his Sam Fisher-ness is flushed down the toilet?

The game’s title would imply that humanity is on the ropes and only a few people still exist (most likely odd-couple-like parings of 50 year old men and teenage girls ). However, there was a clear difference in the appearances of the enemies that the duo initially encountered and the mushroom faced creatures that burst on to the scene towards the end of the trailer. Is “Us” pertaining to the two protagonists, meaning that there are still humans out there but they turned into huge jerks once everything went to hell or is “Us” referring to people in general? Are the mushroom people and the jerks cohorts or do they see themselves as the last of themselves as well, meaning that they view themselves as “Us“ and everyone else as “Them“? Is it even an “Us” vs. “Them” scenario or more of a multi threaded “Us” vs. “Us” vs. “Us” situation? Does Naughty Dog have an unwarranted issue with the Mushroom Kingdom or do they know something that we don’t? The questions are endless, but I’m sure of one thing: some of those questions may be answered and some may remain a mystery.

A change of Routine May be In order 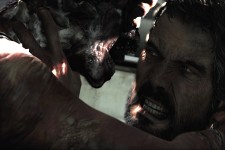 Sam Fisher hates kissing no matter who the kisser may happen to be.

Juno ends the trailer by stating that her and Sam’s everyday routine mostly involves running for their lives, which is apparent as they dash out the doors of the creepy building they were hanging around in. When they finally escape the creepy building (a good first step when trying to avoid creepy people), they stumble into a very beautiful scene filled with sunshine and abundant plant life, though evidence of a cataclysmic event are pretty obvious. We can assume that the mushroom people are the bad guys in this game, but are we also supposed to believe plants are bad as well since Juno and Sam seem like they’d like to avoid them? Since mushrooms are considered fungus, it’d be incorrect to think that they have the same intentions as plants, since they are two entirely different biological classifications. Perhaps Juno and Sam have the wrong impression and because they lack certain botanical insight, they struggle with separating the two. That’d be an interesting narrative thread as the two struggle to trust the plant life that has risen from the ashes of humanity, but I get the impression that Naughty Dog has lumped plants and fungus together. Hopefully this partnership is explained as the story unravels because the lack of fact checking could leave the respected studio looking pretty amateurish in the eyes of scientists and other intellectual types.

I don’t want to make it appear that I have doubts about the game, but the confusion caused by a Juno sequel featuring Sam Fisher battling a plant/fungus partnership with ambiguous intentions may be enough to cause this game some issues upon its release. I’m curious to see future trailers, plot details and character descriptions, but for now, I’m left puzzled.

7 Comments → I’ve Had Better: The Last of Us Reveal Trailer