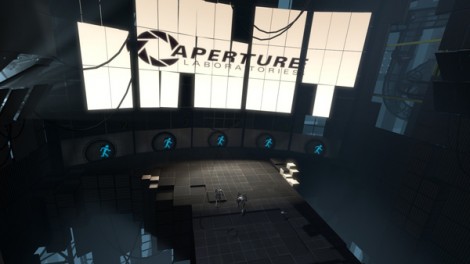 Mention the Portal series to anyone who has played it and you are sure to get a smile. It is a series that is met with adoration and pleasurable memories by its fans. It is a genuinely positive reaction not usually found so widespread amongst jaded adult gamers. However as Portal 2 revealed, the history of this scientific research and its prisoner subjects is much darker than the game leads on. Let us remember the lost and the fallen victims of Aperture Science’s rise to prominence. The poor people still lost in past portals that will never be opened again.

Portal 2 will be one of the featured games in the Co-op Clash tournament at Horrible Night Out on Dec 9th.

Where will you go?

The portal technology itself is one bordering on the fringes of science and science fiction. Opening up rifts in the very fabric of space is no small task and should not be taken lightly. In the early phases many scientists and test subjects died as a result of the sudden and dramatic collapse of support structures out in the field. The portal technology as it currently exists only works on specific materials, but that was not the original intent. In theory, the portals should work anywhere, unfortunately, the technology had to be restricted as the original portals tore permanent holes through anything they touched and they had the nasty habit of completely ripping through anything in their path. Entire buildings were destroyed, entire research teams were lost. The portal gun itself was a weapon that could cut through just about any person or earthly material. Truly a dangerous weapon if it were to fall into the wrong hands.

Fortunately, the power of the portals were toned down and it no longer physically posed a threat to architecture or humanity. That isn’t to say the portals still didn’t pose a threat to testers. The victims of this next “glitch” would have considered themselves lucky to have died or lost a limb compared to how they ended up. Or should I say, where they ended up, because we have no idea where these individuals are today. Sure there were safer routes of testing animals, robots, or inanimate objects, but Aperture had access to a lot of testers that had blindly signed their ridiculous waivers and human testing was the most important aspect of their research. 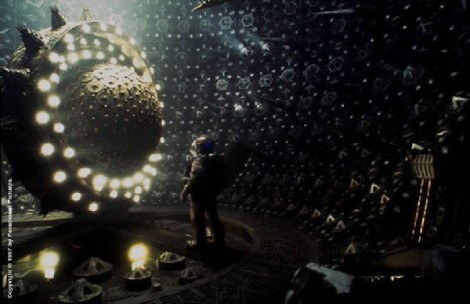 Some portal ideas were worse than others.

The first portals that were successfully opened, did not work as intended. Just because two portals were open did not mean that they were tied together. Subjects stepped into the first portals and fell, flew, exploded, froze, or were immediately set aflame based on what the portal actually opened a path to. Whether the portal opened another time, place, dimension, or hell itself we’ll never know. Some who stepped through and survived found themselves unable to pass back through to our plane. Others physically made it through to the other portal, but were dead on arrival. We can only hope that some of the victims ended up in better places than the testing facilities, though there was that group that ended up in Cleveland… Things were getting better, but these horrors would not be soon forgotten.

At this point, the portals did actually work for the most part. Objects and people could go from Point A to Point B, it was just a crap shoot as to what physical form they’d take at Point B. Limbs, my god the limbs, they were everywhere. Knees for noses, mouths for armpits, eyes for toes, arms for ears, genitals for hair. That would have been bad enough but the portals tended to mix up the DNA from any of its users so those random body parts from random body parts weren’t guaranteed to be human either. It did give the scientists some new ideas for robot skeletal structures though. 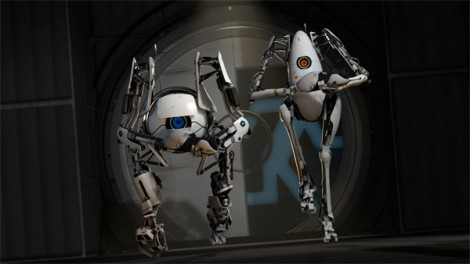 Once the DNA stabilization problem was sorted out, it seemed as if the nightmare was over. Which of course made Aperture’s scientists a bit cocky and careless. You would think they would have learned their lesson from buttfaceman, but all of their time spent with portal technology had a dramatic effect on their ability to create solvable test puzzles for the next batch of casualties. Dozens of soldiers found themselves trapped in poorly designed puzzle structures. These tests were naturally held in remote locations and poorly monitored. Creative testers found all kinds of ways to get themselves stuck inside of walls, ceilings, and pits that the architects thought were inaccessible. Learning the ins-and-outs of portal technology was trial and error for both the testers and the scientists. Many testers starved to death after being lost within the facility with no way out, while others were crushed and killed when the test rooms reset themselves. Such efficiency.

That brings us to the physics victims. The most accidentally useful attribute of the portals, falling through one vertically to generate horizontal momentum through the other, led to more than a few messes. While this issue was not inherently the scientists’ fault as the portals were behaving as they should, they planned to account for the ingenuity and physical limitations of the test subjects. It was only years later that the subjects would be genetically altered to withstand high velocity impacts. That of course led to another batch of victims while they got the genetic detail “fixed.”

As you can see for good reason only special humans and robots are viable test subjects these days at Aperture Science. We only wish they had drawn this conclusion sooner to afford all of the tragedy, but I suppose if no one is talking about it and it was in the name of science that it was all for the best. After all, those puzzles are damn fun, am I right?