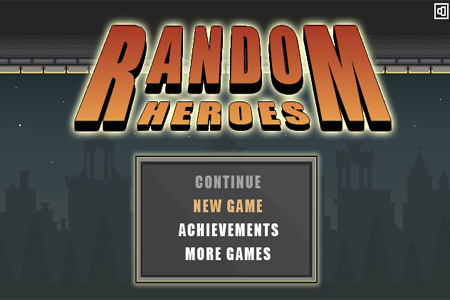 The perfect counter to Preplanned Villains

Just when you thought it was safe to vandalize  gravestones, two emo kids come along and discover that getting in trouble by their parents would have been a more prefered consequence for disrespecting the dead as their exploits open up a portal to a hostile world. Fortunately for them (though I assume they died as a result) and the rest of humanity, a group of random heroes shows up right when the world needs them most. 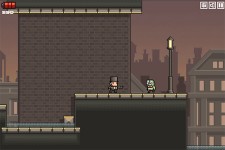 Don’t let the top hat fool you, I’m no Lincoln impersonator (though Lincoln was a bad ass wrestler)

Random Heroes is a simple action platformer that has you collecting coins, shooting monsters and navigating treacherous obstacles all in the name of being randomly heroic. Being able to upgrade you character adds a bit of extra flavor to a by the books game with solid controls and a pretty awesome retro look.

Should you need to kill a bit of time, this is the perfect game as the unfortunate citizens featured in the game could really use a hand.