Meanwhile… we’ve actually been playing games. Each week we recap our recent gaming experiences and tell you what we’re looking forward to, so you can use your time more wisely than we have. I’d say we had our platforms covered over the holidays. Plenty of mobile gaming and continued “work” on the remaining major titles of the year. Will we get through them in time?! Not even close, but at least we get a break from new releases for a while. 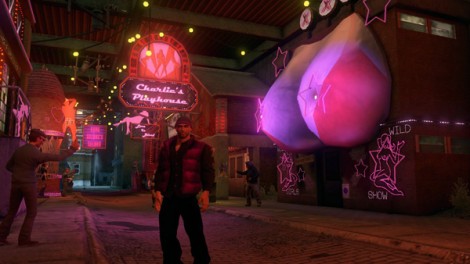 For as dangerous as Steam was over the holidays, I did manage to stay focused enough to finish Saints Row: The Third. What happend after though, I’m not really responsible for. I’ll get back to that, but man that last 1/3 of of Saints Row is some of the best video gaming I have ever played. If you don’t quite get Saints Row when you first start playing, know that all of the praise is due to where the game goes in the end. Don’t waste your time with the side missions, get through that story as fast as possible. Not only will it unlock all of the toys that you really want, but the story just damn entertaining in the most absurd ways possible.

Every day Steam had new temptations for me, I haven’t touched 10 of the games I purchased. The one I did spend some time with though was Serious Sam 3: BFE. The world needs more Serious Sam, and you need to stop taking your shooters so seriously. Just run forward until you hit a wave of enemies then back pedal until you are just about to run out of ammo as the final enemy gets in your face. Do it all again because that smile on your face is just getting started.

I also started the next big game on my list, Deus Ex: Human Revolution. Apparently I still love cyberpunk. I kind of wish I didn’t have to blow through this game because I’m not really sure I’m skilled enough to do it. But I’ve gotta handle my business to feel good about my award selections. The things I do for video games. 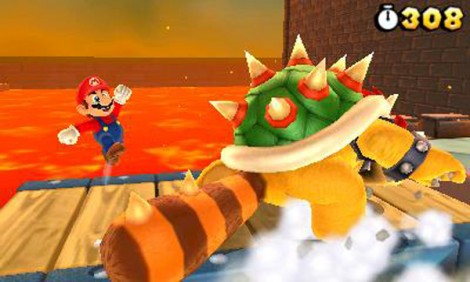 I’ve been strictly handheld over the past month even though I have Battlefield 3, Batman: Arkham City, and Uncharted 3 looking on me with jealous hateful eyes that I haven’t explored each of those games to their dark depths. Actually, I think I’m about halfway through Uncharted 3 and I’m loving every bit of it that I don’t really want it to end. So that’s why I’ve been playing Super Mario 3D Land. It is also because Mario is a really good game. And I have a love for Mario games that runs very very deep.

Ocarina of Time has been something I get to here and there but I haven’t spent more than 5 hours total on that game yet. Actually everything but Mario on the 3DS has been hit or miss. Downloaded Super Mario Land 1 and 2, Excitebike 3D Remix, Link’s Awakening and tonight found a Tetris game. I can now officially say I own a Game Boy. 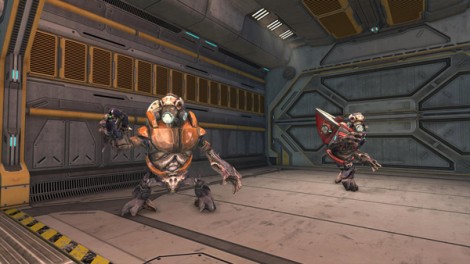 Scream for me one more time.

This week has mainly been Halo: Combat Evolved Anniversary and, although I’ll be reviewing it: it’s Halo. Duh. It’s fun, I love the length of the first one and no matter what anyone else says, I like the Flood levels. Swapping between old-school and updated graphics is kind of staggering, too, so that’s fun. Beyond Halo, I just picked up an Acer tablet off of my brother-in-law, so I’ve downloaded some games that I wouldn’t necessarily play on the smaller form-factor of my phone: Great Little War Game and Sentinel 3, a turn based strategy and a tower-defense game, respectively. GLWG is fun and sort of a cute hex-based TBS that’s amusing but also kind of difficult, at least at the outset, probably partly because I don’t always keep in mind how far the computer can move on its turn (there is a significant advantage in damage dealt to shooting first). Sentinel 3 is a fairly standard tower-defense game with two quirks – there’s a mech that can defend one of your barriers to act as an additional turret who can also smash things (which is awesome) and you can do things like call down homing-missile strikes from your orbiting command ship (extra-special awesome). And as I mentioned, I bought Skyrim…but for my cousin. So I won’t be playing that anytime soon. 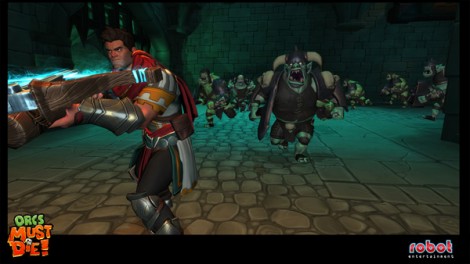 They aren't going to die unless you turn around.

I’ve been obsessed with Orcs Must Die!, a recent Steam sale acquisition that has been well worth the 3.74 I paid. The game is all about setting traps and killing ugly old orcs, which I’ve grown to despite for both their stupidity and disgusting appearance. Yes, I’ll admit it, I’m racist against orcs. I don’t think they should have the same rights as us, but that’s a topic for an entirely different conversation.

Other than my continuing saga in Skyrim, I’ve played a bunch of IOS games, mostly Age of Zombies and a Tower Defense game called Tower Defense. They came in handy on my long trip out to Pittsburgh and gave me a better appreciation for mobile gaming, though I still refuse to purchase an official mobile gaming system as .99 cent games are keeping me just as entertained as their more expensive cartridge based brethren. 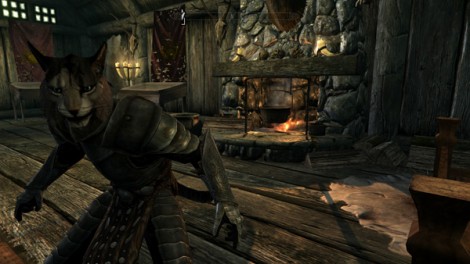 Skyrim, Skyrim, Skyrim! Finally, Bethesda has cut all the wires and brought their wooden puppets to life. No more awkward facial close ups every time you talk to someone. People actually have body language! Every character in Skyrim flourishes as though they have things to do and goals to accomplish.

I’ve been coaxed a few times to leave my Nord brothers and sisters behind to do a little damage in Battlefield 3 and Modern Warfare 3, but I keep coming back to Skyrimwhenever I can. I can foresee that I’m not going to get a lot of other gaming accomplished with so much left incomplete in The Elder Scrolls world. I hope to complete the main storyline soon so I can waste time fulfilling my secret fantasy of yelling people to death.

Unfortunately, life tends to get in the way of gaming for me every December, so I’m not sure if I’ll be able to play the game all the way through before Christmas. 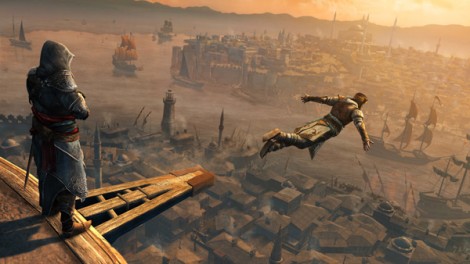 Last month I was a slave to my backlog. I felt guilty with the mistress of Skyrim with so many hot games out so I slaved away and completed yet another journey in Assassin’s Creed: Revelations.

As the credits rolled, I couldn’t help but suddenly feel that guilt turn to lust. I began lusting after Skyrim. I couldn’t even finish the credits (which take forever in the AC games) before I picked up Skyrim and began spelunking in the nearest ruins. Needless to say, I look forward to Skyrim in the month of December with some Battlefield 3, MW3 and Gears of War 3 sprinkled in for my multiplayer fix. Should time allow, you can expect me to pick up on Batman: Arkham City or work through the Gears of War 3 campaign on hardcore or insane difficulty.

I know I probably won’t reach all those goals, but I like to plan big.