For those of you who are in a serious rush, here’s the Halo: Combat Evolved Anniversary review in haiku form:

Master Chief, round one/
Kill the Covenant and Flood/
It’s Halo, stupid.

For those of you with a little more time on your hands (and, let’s face it, it’s a week and a half before Christmas, your productivity is in the crapper, anyway): it’s Halo.

Oh, alright. If you never played the first game in the series, which came out for the 360’s daddy back in 2001 and then on the PC, you’ve missed out, especially regarding some of the backstory and exactly how big of a deal Halo: Combat Evolved was when it first came out in terms of the emergence of the FPS on consoles. If you need any justification to buy it, tell yourself it’s “for the kids,” because teaching them history is important. Abraham Lincoln said so, and he never told a lie. Er. Whatever. Anyway, back to Master Chief!

For those of you who have never heard of Halo, let me be among the first to welcome you to Earth. Technically, Halo is a dual-stick-controlled, first-person shooter, putting you in control of Master Chief John-117, a genetically enhanced super-soldier wearing powered armor known as a Spartan-II and in the middle of a war (which humanity seems to be losing) against the religious-fanatic culture of aliens known as The Covenant. You’re a space marine and you get to kill lots of alien dudes with bullets and plasma, capiche?

For parental information: the ESRB rates Halo with an M, but I’d call it a pretty soft “M,” since the what you’re dealing with is some very brief and fairly mild language and some blood, most of which is purple or green. Although I generally agree with the ESRB, in this case, I think they were a little harsh and would consider it definitely high-school appropriate and probably 13+. 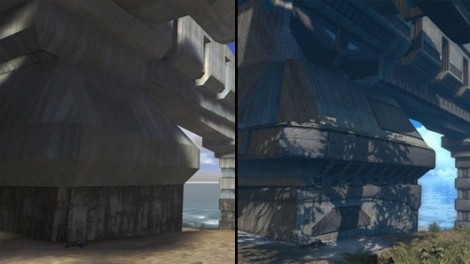 Seeing it in person for comparison is even more impressive.

This is what you came for, right? The graphics update? In the interest of full disclosure, I never actually played the original Halo on the Xbox except for one time babysitting for a bunch of pre-adolescents who quickly learned the hazards of griefing someone who is in the same room as you are and has bedtime-related authority. My first full experience with it was the PC port, which was a little prettier than the console version. Regardless, the graphics updates are impressive. I don’t know whose idea it was to make the “back” button cause the game to swap back and forth between the updated graphics and the original ones, but it was a brilliant one because it makes the new version look extra shiny. To bring it back down to earth, though – this is not Crysis 2 or Skyrim in terms of graphics porn; Anniversary is on-par with Reach, which was no slouch but didn’t make anyone’s eyeballs melt out of their heads, either.

If I were Larry Niven, I'd be either pissed or flattered, I'm not sure which.

Although the attention to detail while keeping everything else intact is an impressive update, I did run into a couple of instances where I had to wonder whether the new textures were pasted onto old models without addressing their physical attributes in the game. Sniping (my favorite part of any game without a lot of flying) is where I first noticed it, but it popped up with the SPNKr (rocket launcher) and still awesomely-overpowered magnum as well – you’re trying to shoot through or around some vegetation and your projectiles hit…something. It’s not a huge issue, but I think it’s a risk you take when upscaling an older game. Overall, though, the updated graphics look great and, if the last Halo game you played was Reach, it’s pretty darn cool seeing the story start up immediately after you saw the end of Noble Squad.

On top of all of the lookie-lookie upgrades made to the 10 year-old game, the soundtrack was remixed as well. I didn’t play the games side by side to find out how different the music is, but I’ve always enjoyed the epic, cello-and-bass heavy soundtrack, so it worked out pretty well for me. On top of that (I can’t confirm this) I think there’s been some hijinks (the good kind) with remixing the grunts’ and USNC personnel’s commentary – their voices are clearer and it sounds like they’ve got a little bit of an expanded set of lines (but sadly no Nathan Fillion or Adam Baldwin, as far as I can tell). Since one of my favorite little things about the Halo series has been the background lines of those two groups, it was a treat.

Even though some people may scoff at Kinect integration into an FPS, I actually kind of liked it. Along with updating the graphics, 343 Industries went ahead and added in “scanning” all of the weapons and enemies in the game for…well, I don’t know what the reason was, but I enjoyed it. Kinect accepts voice commands (it’s surprisingly sensitive – you don’t have to bark your commands out) to activate a variety of functions; the fact that I could turn my flashlight on-and-off with voice commands was nice, too. Yeah, they’re small things (and using your voice to throw grenades is stupid) but it was a balanced integration. It did have a flaw or two, though: if, say my fiance was talking,  sometimes that would trigger the “throw grenade” command even though I’m fairly certain I’ve never heard her say the word “grenade;” the Kinect voice option is all-or-nothing, you can’t turn on some of it but leave other commands off. At the same time, though, it seemed like the sort of low-level integration that doesn’t screw up the flow of the game by trying too hard, yet still managed to be somewhat useful. 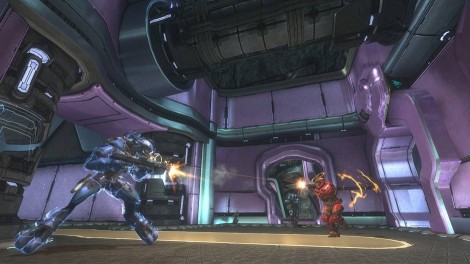 The multiplayer that taught you that all 14 year old boys are assholes: 100% intact.

On the less-than-useful side, however, were two issues that drove me a little crazy: crouching and shooting. Don’t get me wrong, the general controls were fine, but if you start pushing the control stick too far forward, you pop up out of your crouch. It’s not a huge thing, but the reason I turn the set the controls on all games that have the option from “crouch – hold” to “crouch – toggle” is to avoid standing up at awkward moments! The other irritant was the auto-aim: you can’t turn it off (without using a skull. More on that later). Call me a masochist, but I don’t like auto-aim. I always turn it off and not being able to got the same tooth-grinding, frustrated reaction I had when I test drove a Nissan 350Z with the rev-matching manual gearbox: “I don’t want you thinking for me, machine!”

Everyone’s favorite from Halo 3 is back – skulls.  That’s right – items hidden throughout the game which you can find (using a lot of grenade jumps) are present. Again. Because playing single player on Legendary isn’t hard enough. And they’re not the only hidden items – 343 populated the game with 10 terminals for you to find for some back-story that references both the Greg Bear-penned Forerunner Saga and is rumored to give some insight into the upcoming Halo 4. I haven’t found all of either one, but I’ll likely go back and locate the 3 terminals I missed just for the extra story. The only way I’m going to scour for skulls if I really feel the need to get all 1,000 achievement points and don’t have any other games to play and, seriously, when does that ever happen? (On second thought, I still have to beat it on Legendary, so…) Regardless of how much fun the item-questing is or isn’t, until there’s an ad with some substance to it, this is your best bet to figure out what’s going to show up for Halo 4, or so says teh interwebz and they never, ever lie. 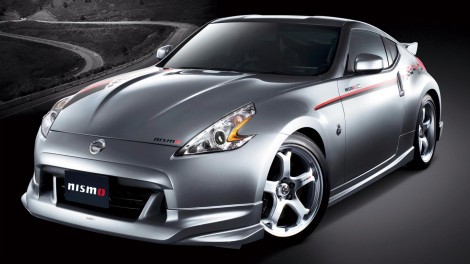 If you can't drive the un-assisted standard version, you shouldn't be allowed to drive it. If you can't shoot without auto-aim...

Fine. If you’re into FPS games and/or just Halo, you probably dig multiplayer (hell, the original Halo was responsible for spawning console-based LAN parties) and 343 didn’t leave you hanging: you get 7 maps, 6 of which are remakes of the original Halo maps plus one “inspired by” map called “Installation 04”. The only trick is that it uses Reach‘s multiplayer system – whether or not you have Reach, you can still play multiplayer but only using the maps included with Halo. The downside? If you didn’t like Reach‘s multiplayer setup, you’re screwed. Of course, if you didn’t like Reach‘s multiplayer setup compared to previous Halos, you’ve got questionable tastes, anyway. (Before you get all butthurt about that: I like the levels with The Flood, so my tastes are questionable as well).

In the end, I had a hard time telling it’s a 10-year old game, probably because the first one was so damned good in the first place. Halo pioneered the two-stick system for FPS’s, it was one of, if not the first games with a recharging health system (both of which are ubiquitous now) and it was the first major FPS  with really tight, responsive controls. (Sorry, Goldeneye wins for first hugely popular multiplayer FPS). It’s spawned 3.5 sequels, has a fourth coming out, is a very well done re-make of the original that tells a pretty solid military sci-fi story with a very satisfying single player campaign for $40. Aside from not giving Larry Niven any credit, what’s not to love?