From flame wars to mega-gaming marathons that would shake lesser gamers at their cores, this holiday season is filled with record-breaking numbers, controversy and gaming (duh). Holiday gaming seasons are no strangers to massive quantities of AAA games along with their cohorts of lesser-known games that become sleeper contenders for games of the year. While controversy this holiday season spans many topics that warrant discussion, one topic in particular grabs my attention: gaming innovation. Much like the drums in the deep in the Mines of Moria, there is growing discontent that games are becoming less and less innovative which challenges the common $60 price tag we’ve become familiar with. Developers and publishers are finding themselves between a rock and a hard place to please gamers.

The Merriam-Webster dictionary defines innovation as:

The definition is clear, but the interpretation is varied. This creates a skewed perception as to what publishers and developers are truly innovating in recent releases. When it comes to video games, what truly is innovative? What are the varying degrees to innovation, and how are those perceived among gamers?

Nintendo’s Wii came out to mixed reviews but quickly led the race of the latest generation of consoles. It innovated gaming with the ability to use motion controls in your gaming experience. Over time, the Wii worked its way into a niche with families and younger generations. The Microsoft’s Xbox 360 and Sony’s PS3 didn’t come out with exactly flawless features either. The Xbox 360 featured the “Red Ring of Death” and the PS3 came with several flaws in the Playstation Network including the infamous security breach. In short, none were perfect.

It took several years for Microsoft and Sony to release the Kinect and the Move respectively. Despite working off a model somewhat set by Nintendo, Microsoft and Sony have met wide criticisms from gamers of varying tastes; the hardware and motion controls are gimmicky, glitchy and any number of other complaints. There hasn’t been a consensus on how to use any of these motion control devices  or how to apply them to reach the “hardcore gaming crowd”. 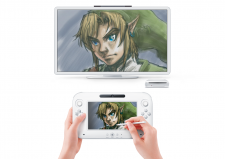 Is this what we want when we say innovation?

It’s very hard to introduce new hardware to the gaming community. We’re a naturally skeptical bunch. The Wii U was announced to great criticism at E3 2011, and many question whether or not Nintendo is really innovating or creating a product worthy of the suspected price point. Until recently, the Nintendo 3DS has met much scrutiny and is still questioned as to its relevance as a major player versus its own predecessor (Nintendo DS).

Modern Warfare 3 has stolen the spotlight for a game that uses the same id Tech engine from release to release with modifications. Activision assures its fans the engine isn’t the same as it was years ago and it likely isn’t. Developing an engine can take years. It no doubt has caught the attention and begs the question “when should a game upgrade to a new engine” or at least major iterations?

Battlefield 3 was lauded because of its use and introduction of the Frostbite 2 engine within the Battlefield universe. The graphics truly are stunning in the game, and the physics within the game are attention-grabbing. Frostbite 2, however, is only a half-iteration from Frostbite 1.5 used in Battlefield: Bad Company 2.

Since Assassin’s Creed II, the Anvil engine (the first AC was under the name Scimitar) has been used along with other engines in every successive release including the latest Assassin’s Creed: Revelations. While some graphical elements have been improved, these elements have largely stayed the same. Game play has been largely similar as well, with tweaks to the controls between releases.

Skyrim was recently released with a new Creation engine which gives the game its unique feeling and experience completely separate from its predecessor in Oblivion. Oblivion was released five years ago using the strength behind Gamebryo, Havok and SpeedTree. It took five long years to create the experience of Skyrim. The results of Skyrim, however, can’t be argued with as it was ranked 3rd in the latest Xbox LIVE activity results.

New engines can unlock current-generation consoles’ and PCs’ capabilities that previous engines could not, but the process to develop a new engine is long and expensive. Without a distinct plan and objective for the engine, it’s hard to justify the development. Still, with some gamers, it’s a consistent request to build better engines and stretch the lifespan of consoles.

So, if new hardware or engines are not available in between game sequels, prequels, releases and the like, what are developers and publishers forced to provide? New features. Features can be defined as new ideas, stories or methods from game to game. They may also be forced to create entirely different games using the same engines which Rockstar has mastered with Grand Theft Auto and with some modifications and help – e.g.: L.A. Noire. Both the series and game are highly touted as popular and successful.

How is this accomplished? By song. Just kidding. I won’t sing you a song (note: it is known that Brandon wishes to live in a real-world musical). It’s done by new tools, actions or crazy sequences in games that make the gamer’s jaw drop.

Ezio is feeling the burn...

This concept may have its best examples in the Assassin’s Creed and Call of Duty series. Since Assassin’s Creed II there haven’t been major advances in the single player campaigns in terms of capabilities. There are subtle differences and new options to a gamer, but the single player campaign is largely the same from same to game except for the story – which is arguably the biggest selling point of the game. Multiplayer was introduced in Brotherhood, which received great acclaim, but eyebrows and concerns have been raised since Revelations has been released only a year after Brotherhood. Original capabilities have been fine-tuned and new features have been added to improve the experience. In general, however, the basics have been established with smaller elements added between games to differentiate them.

Call of Duty, particularly the Modern Warfare series, is no stranger to this method. This is especially true for multiplayer which is its bread and butter (note: Brandon has never been confident in this analogy – there are better things than bread and butter, like lobster and garlic butter). From iteration to iteration in the series, the multiplayer remains true to its form with some modifications. The lines have been most blurred in the recent update from MW2 to MW3. The truth is, there are some striking differences between the two last-mentioned games. Things like strike packages, game modes and some graphical updates are a few more notable features. Despite the previously-linked flame wars, Modern Warfare 3 remains as the record holder in pre-orders and units sold as well as the top of the most-played charts.

As a gamer, I’m just as guilty as the next guy when I play a game and it feels like much more of the same of its predecessor. Then I begin to think of what publishers and developers face. Gamers are constantly seeking new challenges whether that comes from new games, expansion packs or DLC. It’s an impressive juggling act of when to roll out new innovation in gaming with all things considered. It’s an equally impressive challenge for gamers to let the game companies know when certain innovations have run their course and are now “ho-hum” affairs. This does not include a metacritic flame war or ratings bomb.

It’s an incredibly exciting time to be a developer or gamer. We’re at the cusp of an innovation time bomb, and I am personally looking forward to what’s coming up on the horizon.

Do you agree? What innovation do you see or would like to see form the gaming industry? Does if fall in one of these categories? The comments are yours below.

3 Comments → The 3 Degrees of Gaming Innovation