Meanwhile… we’ve actually been playing games. Each week we recap our recent gaming experiences and tell you what we’re looking forward to, so you can use your time more wisely than we have. Holiday gaming runs the gamut from giving some players more time to play and others no time to play, or their play time is for better or worse spent with relatives. Speaking of family, we welcome Steven and his iPad to their first community post. 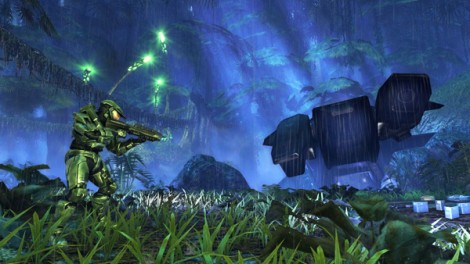 As much as I’d love to get some serious gaming in this weekend, I really don’t see it happening. Oh, sure, I’m going to pack the Xbox and Rock Band 2 to take to the parentals’ on Wednesday night, but we’re leaving on Thursday post-Thanksgiving dinner for my future in-laws and, as much as I love visiting, they are sans HD TV and my future mother-in-law is, at the very least, disinclined to sit still for more than about 5 minutes. (I think I could get my future father-in-law into some Risk: Factions and/or maybe even some Assassin’s Creed, though). I’ll probably get into some Halo: CE Anniversary on Wednesday night (and possibly some Worms 2: Armageddon if my brother makes an appearance) but other than that, it’s probably going to be seeing if I can convince my fiance to let me download Infinity Blade onto her iPad and a lot of Words With Friends. 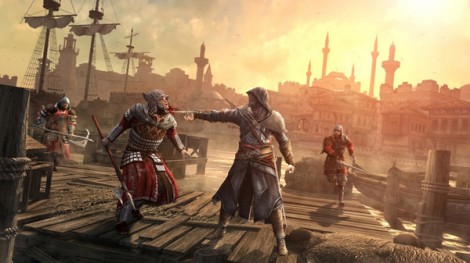 Old does not equal slow.

I believe Thanksgiving weekend will be my single player weekend. I’ve been trying to ward off the evil temptress that is Skyrim. I just don’t have the bandwidth to deal with that right now. I’ve decided this weekend I’ll be spending a lot of time playing Assassin’s Creed: Revelations. The story so far perplexes me, and I’m doing my damnedest to try to give other games their due before I go into headlong into the Nordic lands and battle dragons.

I also imagine I will be playing some games with my son. We haven’t had time to really spend together playing games. He’s a big fan of the Pac-Man Championship Edition DX so I see he and I spending some time together eating ghosts. Try not to think they were once people too. 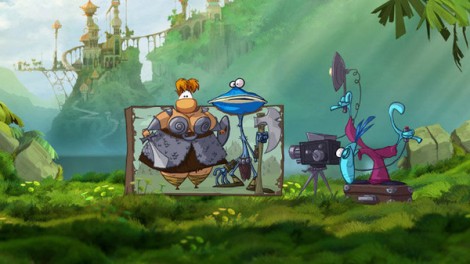 Argh. I have to focus, but each week unexpected games are vying for my attention. My goal for the holiday weekend is to finish Saints Row: The Third to the point that all I have left is co-op madness so that I can write a review. I’m really enjoying getting my sandbox on and the story beats are even more ridiculous than anticipated. The weird part is, with as many choices for chaos at my disposal, I still get the most satisfaction from headshots with my pistol (especially on unsuspecting pedestrians).

When my household won’t allow for that sort of debauchery (aka childrens are around), I’ll happily jump back into Rayman Origins. I absolutely adore the look and whimsy of this game. I have also enjoyed the slight alterations in gameplay from pure platforming, enemy puzzles, chases, and SHMUP levels. And damn if it isn’t satisfying to 100% these levels. I’ll need to get over that if I have any hope of finishing the game.

As for my distractions, Serious Sam 3: BFE came out this week and is preloaded and ready to go. I don’t consider this a major contender for major awards this year, so my journalistic draw to the game is pretty low. But something primal is making me want to play it, I just know it will take away from other “must-play” games. I’m not sure how long I can hold out. 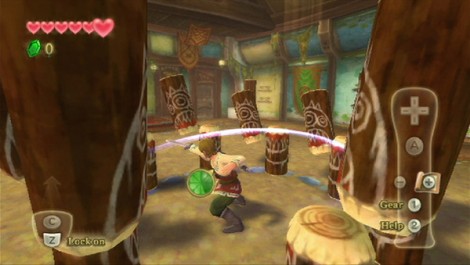 I’m with Brandon on getting in some other games before getting too deep into Skyrim. I did play a few hours of it, and man I want to keep going. My attention, though, is now on The Legend of Zelda: Skyward Sword. That will be my story game for now. I’m hoping to get some good time in with it over the weekend. I don’t ever get into any games with the family on the holidays, but maybe I’ll bring my Wii and get some Mario Kart or something going. I don’t know though… I’m kind of lazy about pulling my consoles out of the entertainment center… I try to avoid that whenever possible. :) 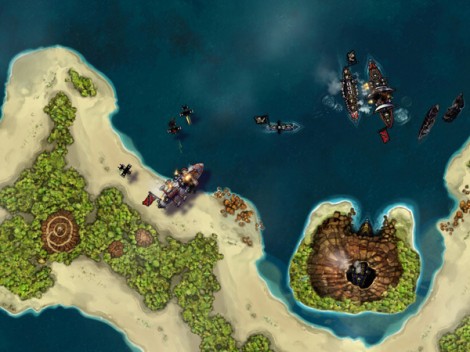 I’ve been playing a lot of Modern Warfare 3 and I love it. I’m a big fan of Infinity Ward and I was really looking forward to seeing how this game would turn out after all of the inner turmoil that IW went through after the MW2 release. This game just feels right. Maybe I feel this way because I played Black Ops and hated it so much, or maybe it’s because I played the Battlefield 3 beta and was so sorely disappointed that I didn’t purchase the game, but for some reason this game just feels like coming home. Who knows, in two weeks I might hate it for the same reason but for now I’m just going to keep playing it like crazy.

I also recently purchased Chapter 3 of Crimson Steam Pirates. Chapter 3 has proved to be much more challenging than the first two chapters and I’ve really been enjoying the added difficulty (read I’ve really been frustrated but it makes beating a level so much more joyous). The story is great and the attention to detail throughout the series is just fantastic. Glad to see that Bungie’s first game for mobile has been so good (Bungie being the publisher whilst Harebrained Schemes is the studio behind the game). I was uncertain if Bungie published titles would live up to the Bungie brand, but this game has definitely met my expectations with regard to quality. If you have an iPad, I highly recommend downloading this game and purchasing Chapters 2 and 3.

When I’m unable to use my Xbox or iPad, I’ve been playing a lot of Infinity Blade on my iPhone. This game is just awesome. I hadn’t played it in a while because I had maxed out my character on the iPad, but I recently decided to start over on my iPhone and it has been spectacular. I still think the Deathless Kings update was a bit overrated, but it doesn’t diminish how incredibly fun the game is overall. The game does feel a bit like a field test or a proof of concept product just because it’s such a short storyline. I’m looking forward to Infinity Blade 2, which comes out December 1st, and I’m especially hoping to see some sort of improvement to the storyline and to the character development in this next installment. Graphically, the game is simply stunning on an iPad and it really puts all other games to shame. 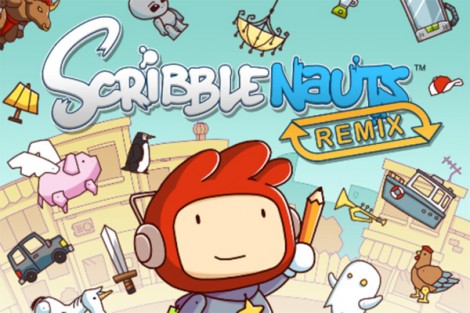 We need to get this hate for Ethan.

This will be a travel filled Thanksgiving so I won’t be gaming quite as much either, though I am kicking myself for finishing Scribblenauts Remix at home as opposed to utilizing it as a mobile game. I plan to explore the iPad market and see if I can’t find a relatively deep game for my trip to Pittsburgh, though seeing as I really like my in-laws I may actually converse with them as opposed to plunge into something that steals my attention away.

I want to get some more Skyrim in before I leave as I have a couple quests that are on the verge of conclusion, but my skill set isn’t quite right for completing them so some grindage is in order. I literally got killed in one hit by an ice spike on a quest I thought was going well, which isn’t a bad thing since the game does a better job with throwing challenges your way.

Dungeon Defenders has been calling out to me as well so I need to jump back on that train and do some tower themed defending. That game is so great and fits my play style really well, though I need some buddies to assist at some point in the future… anyone? 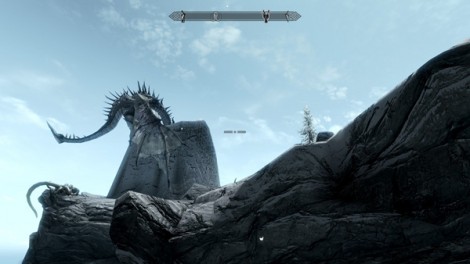 Dragons in the distance may be larger than they appear.

My gaming woes continue. My stack of unplayed and unfinished games is at an all-time high. Between family-time and babysitting, I don’t see any light at the end of the tunnel. I’m seriously having withdrawals. My only hope is to forgo sleep and tip-toe into my office for some Skyrim one night.

Of course, I’ll probably get to play some Wii with a 5 year-old, but that doesn’t count. I’ll spend most of that time sounding like John Kimble: “Stop whining! You lack discipline!”

Oh, no. I really hope this doesn’t lead to an impulse 3DS buy. These are the situations where I don’t think ahead. I’ll buy it, then after the weekend my schedule will open right up and I’ll have time for my “real” games again. Then the 3DS will collect dust. But wait, now that I have said it out loud I’ve changed the future, right?

If I do happened to foolishly buy a new handheld console this weekend, will one of you please send Kyle Reese back to stop me?