The recent blunder that is Jurrassic Park: The Game has come to overshadow the other more entertaining Jurassic Park sequel Jurassic Park 2: The Chaos Continues and with that, the story of one Michael Wolfskin. Too much to be a travesty but not quite significant enough to be sacrilegious, Mr. Wolfskin’s tale is one that starts with an outrageous request but ends with a mysterious wanderer whose dreams are fueled by the nightmares that define his life. 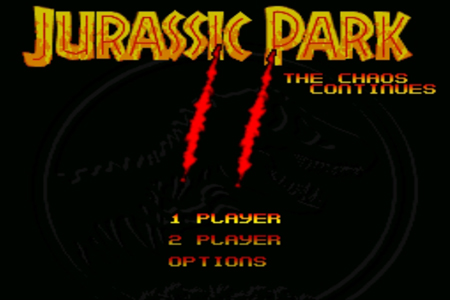 Wolfskin got the call and he answered it...with vengeance

Fans of the movie know that John Hammond and Ingen had some internal struggles for power following the tragedy of Jurassic Park’s testing phase but few realized that amongst the investor squabbles and Hammond’s vision was the introduction of a rival firm called Biosyn. With Ingen seemingly distracted with lawsuits and possible bankruptcy, Biosyn saw an opportunity to storm the Isla Nublar and take Ingen’s creations for their own experimentation. Since it’s a bit difficult to keep wide scale invasions full of high tech soldiers discreet, Hammond caught on and decided to send in his own assault team consisting of paleontologist Dr. Alan Grant and a soldier by the name of Michael Wolfskin.

A Man of Mystery

Wolfskin never went into too much detail about what arm of the military he was part of or what sort of experience he had, but for one reason or another Hammond knew he was the man for the job. Initially, the mission was for Grant to parachute on to the island and reign havoc on the Biosyn soldiers via machine gunfire and a badass attitude, but seeing as the he didn’t have any military training and his attitude was more pretentious than badass, it was evident that a battled hardened veteran was needed. 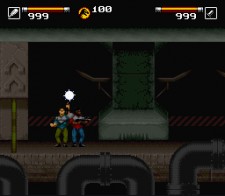 Wolfskin was a realist and scoffed at the idea of helping a wimpy doctor retake an island full of heavily armed bad guys and dinosaurs, but money talks and Wolfskin had been struggling to find work since failing to make the Contra team in 1988. He knew it was going to be a dangerous job, but seeing as his wife and children had been killed in a side-scrolling scenario a few years prior, he saw it as a possible means for redemption (though mummies were the culprit in their demise, a fact that would leave Wolfskin unsatisfied after the completion of his mission on Isla Nublar).

Michael’s training of Grant for combat was so proficient that once the action began, one could only tell the two apart based on the color of their outfits. They were a force to be reckoned with and despite being outgunned by two voracious and quite distinct factions of enemies, they accomplished their mission, thus saving the horrifying genetic creations of Ingen from utter ruin.

In Demand But Out Of Order

Having the ability to combat both prehistoric reptiles and gun toting super-soldiers, Wolfskin was heavily recruited by other out of touch billionaires/corporations who were dealing with the repercussions of their own experimentation. The Umbrella company offered Wolfskin a six figure contract for a mission that was eerily similar to Ingen’s, but Wolfskin had an elevated sense of morality as well as an ability to sniff out corruption and thus turned down the opportunity. This all but black-listed him as Umbrella had quite the influence, which would place Wolfskin back in the position he was in previous to the events of The Chaos Continues. 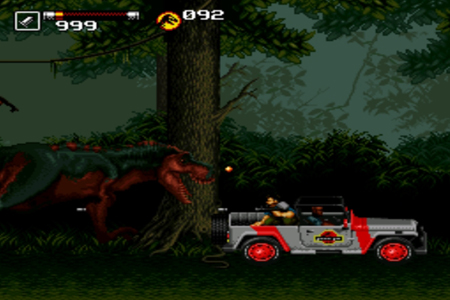 In hindsight, putting the jeep's top down to enjoy the weather wasn't the best idea.

Grant and Wolfskin would part ways soon after the events of Chaos Continues as Grant’s circle of intellectuals failed to see the significance of bonds created in the flames of battle. The two exchanged Christmas cards each year and Grant even propositioned Wolfskin to assist him during the events of Jurassic Park 3, but Wolfskin was finished with dinosaurs (the same reason he gave for turning down a stint with the Dino Crisis team). His thirst for revenge had grown considerably and he became obsessed with hunting down and killing every mummy on Earth, which saw him featured on yet another blacklist as he struggled to differentiate legitimately dangerous mummies and the ones on display in museums.

Hard Times For a Hardcore Man

Life got difficult for Michael Wolfskin after the turn of the century. After having a restraining order filed against him by Brendan Frasier during the filming of the actor’s series of mummy themed movies, he’d spend his later years trolling MMORPGs for the objects of his wrath, though fellow undead hunters grew weary of his resistance to fighting other undead menaces such as vampires and zombies. With the prominence of zombies during the first decade of the 21st century, Wolfskin needed to diversify his targets, but refused to cooperate even when told that zombies and mummies were basically the same thing minus the manner in which they were resurrected and their apparel. 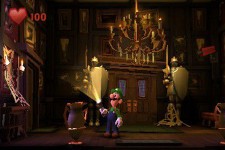 Luigi preferred the flashlight over shotguns and grenades.

Rumors of a mummy infestation in the haunted manor that Luigi was to investigate in Luigi’s Mansion 2 got Wolfskin’s attention, though the green clad plumber was leery of having Wolfskin accompany him on a quest that he hoped would feature spooky but light hearted adventuring as opposed to the mercenary’s “slash and burn” approach to supernatural investigation. After this final rejection, Wolfskin went off the grid, his whereabouts currently unknown though sources have placed him in both Egypt and Central America where a recent poll showed that mummy attacks have fallen sharply.

One can only hope that Mr. Wolfskin has found his place in the world, but the bittersweet aspect of heroism is the sacrifices one must make to help total strangers. Despite his obscurity and difficult life, Michael Wolfskin deserves to be placed in the “Second Player Hall of Fame” alongside the likes of Lance “Scorpion” Bean and Dominic Santiago.