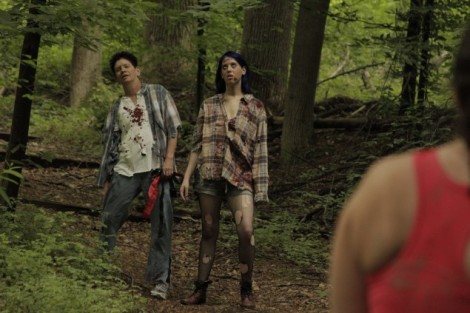 Do you ever play games like Left 4 Dead, Resident Evil or Dead Island and think to yourself  “Hey, it’d be cool to find myself in that situation?” If you’re like a lot of gamers, it’s pr0bably safe to say that unless you have a suit of armor or magical abilities, your lack of endurance (and true combat training for that matter) would make you a pretty easy target for the hordes of undead looking for a bit o’ brain and flesh.  No worries though, Run for Your Lives, a zombie themed 5k obstacle race gives you the oppurtunity to test your ability to flee from the undead without that whole inconvienient death thing happening should you fail to escape.

As an avid runner, I’d love to see where my fitness is in relation to the zombie apocalypse, though I don’t think this race is an appropriate place to test my proficiency in hand to hand combat. Regardless, we could all benefit from a little motivation to get up and moving and nothing is more motivating than running for your life.

Run For Your Lives