Some people think that technology has ruined our appreciation for the finer things in life, but maybe those people should take a step back and appreciate the technology they have. Our very survival may depend on it if we are to believe the lessons of Halo: Combat Evolved.

The Lessons of Halo: Combat Evolved 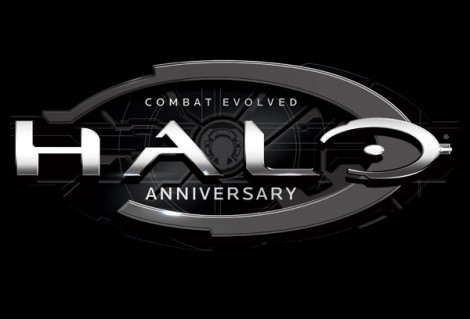 Alien technology is easy to use

I learned something today. We all know that when aliens attack us, they will be much more technologically advanced than we are based on the fact that they found us before we knew how to find them. I used to worry that we were doomed purely on the fact that there would be no way to defend ourselves, but the truth of the matter is that there are universal constants between all weaponry and all vehicles. If you can shoot a gun, you can shoot a plasma rifle. If you can drive a four wheeler, you can drive a hovercraft. If you can drive a tank, you can drive a hovertank. It’s all very simple, and it all gives me hope. Let’s forget the space program and just wait for advanced technology to find us so we can steal it and defend ourselves with it.  Thanks, Halo.

I learned something today. I don’t mean to offend anyone I don’t know, but if I don’t know you, you’re an idiot. The only people I can trust are the people I already know. I’ve tried all of the combinations. If I’m driving around with a stranger in my vehicle, he has no idea where he is or what he should focus on. If I let him drive, he never takes me anywhere I want to go and can never find the right way when there is only one way to go. It all ends the same way: we flip the vehicle over and find ourselves overwhelmed by gunfire. However, the few times I actually bring someone I know along with me, I find that we work much better as a team. It is as if they understand my commands and we are speaking the same language. Granted, we still flip the vehicle, but that’s only when we are trying to wreck the vehicle on purpose. Thanks, Halo. 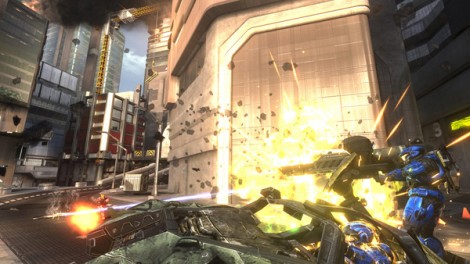 Teamwork. It's not that hard.

Libraries will only get bigger

I learned something today. Digital data may shrink the physical size required to store the written word, but that doesn’t mean libraries are going to get smaller. I went on the longest library tour in history. I thought it would never end. This place was enormous, it felt more like 20 museums had come together but lost all of their exhibits. Not only that, but I didn’t see another person in the entire place. The tour was automated and, frankly, the electronic tour guide was a bit of a dick. They also need to clean the place up because it reeked of rotting flesh, which was a dramatic contrast to the sterile metal and stone architecture. I think I’ll stick to searching through the archives from the comfortable terminal of my choice. Thanks, Halo.

A pistol is all you ever need

I learned something today. Forget alien technology and forget big guns; if you find yourself in a bind, just reach for a pistol. Well, not any pistol because I doubt any of those other weapons would have been made if the perfect pistol had existed out of the gate. It exists now, though, and it features some impressive firepower with cheap as hell bullets. Sure your headshots aren’t as guaranteed as a planned-out sniper shot, but you have more ammo that you can fire quicker. 1 headshot in 3 bullets is just as deadly as the one it took you five times as long to line up. This pistol also laughs in the face of armor and I have it on strong authority that alien shields are just as easy to take down. Get this pistol while you can, though, as gun manufacturers may rethink their selling strategy when they see rocket launcher sales start to slow down. Thanks, Halo. 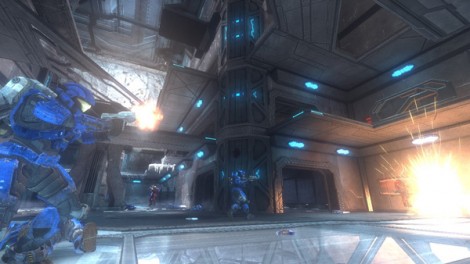 Technology could literally open up new worlds to humanity, let’s just hope our world doesn’t open up to others before we know what we are doing. Thanks, video games.