After playing The Elder Scrolls V: Skyrim obsessively for the last week (and loving every second of it), I can’t help but think about what the Creation Engine could mean for the next iteration of the Fallout series. Sure, I could just be happy with exploring the beautiful fantasy world that Bethesda has created, but being that I’m speculative in nature and hold a higher esteem for the mythology of the recent Fallout games, it’s difficult for my mind not to wander away from castles and dragons to bombed out cities and Super Mutant Behemoths. I can only assume that Fallout 4 is at least a glimmer in the eyes of Bethesda and so I have a few thoughts based on the changes in Skyrim that I think could perfect their already delicious recipe for post apocalyptic mayhem. 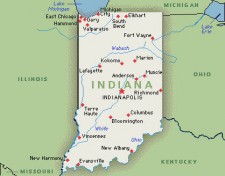 Let’s face it, the recent Fallout games were a bit ugly. Obviously, this was a result of the nuclear holocaust taking a dump on all the stunning sights of each games’ locations, but seeing as New Vegas showed us that not every part of the world was obliterated, why not branch off into another untouched locale that isn’t a freaking desert? With the power of a new engine comes the ability to create a better looking world and one that could feature a little ruin with a little lush. I’d vote for a Midwestern location because for the most part, everyone ignores us and I figured the same would hold true for bombing targets. Here’s an idea: why not aim for Fallout: Indiana? Indianapolis is a pretty big city and there are plenty of small towns, rolling hills and cornfields around to add a bit of variety. Either way, it’s going to look way better than the freaking Mojave.

This is by far one of my favorite additions to Skyrim and its inclusion in the new Fallout games would make for some really awesome combinations. Because spells are not part of the combat mechanic in Fallout, the wide variety of guns could be inserted in their place, thus giving the player the ability to arm themselves with two close or long-range weapons or a combination of the two. Obviously, this would be limited to the single handed weapons like pistols and knives, but including this possibility would give these weapons a longer lifespan as they’re basically useless once the higher powered fire arms come into play. To add to this mechanic, things like accuracy could be affected should you decide to go akimbo on an enemy (because if there was not downside, everyone would do it).

The World is Alive

The immersion of Skyrim is not only based on the near limitless possibilities that the world holds for players but the sense that the Nordic landscape is very much alive and functioning regardless of the players actions. Rabbits hop around, wolves hunt deer, giants protect their pet mastodons alongside a bevy of other natural happenings that make you feel like you’re witness to a thriving ecosystem. The animals in New Vegas felt much more scripted and either ran straight at the player or away from them and the fights between different species looked more like slap battles than the relationship between predators and prey. It never made sense for a single dog to attempt a fight with three Golden Geckos nor did it appear that the animals did anything more than wander around a specific area. It’d be nice to see animals that were functioning outside the ecosystems of purely passive NPC or overly aggressive enemies and because they are all mutants. The potential is there for some really cool stuff, especially in the case of some of the advanced flora that came about as the result of genetic testing. 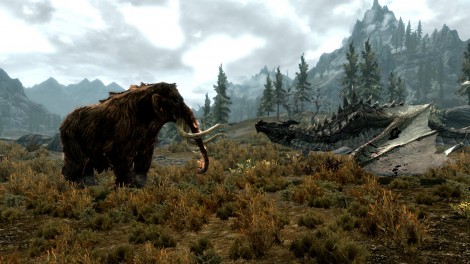 That mammoth better have the heart of Rocky, Rudy or any other extreme underdog.

The Constant Challenge of Something Big

Dragons have been a pleasant addition to Skyrim because they offer up a random difficulty spike that requires players to stay on their toes and keep an eye to the sky while also presenting a challenge that requires a bit more than just hacking away or casting endless spells . While I don’t think dragons necessarily have a place in the Fallout universe, something similar could be included to give players that sense of fear that they’d otherwise dodge by sticking to the safer areas. While Super Mutant Behemoths and Deathclaws have the possibility to fit this role, there has to be a way to escape their attacks should the player be under-matched, much like one is able to retreat from the dragons in Skyrim. There’s potential for some really cool flying mutants as well, though, so should asset recycling be needed, I can see where a giant Calzador or other large insect could be a cool answer to the fantasy world’s scaly menace. 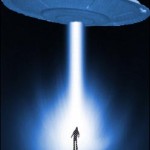 Phoning home may lead to some solid gear

Taking it a step further, I can see the extraterrestrials that have made subtle appearances in past games being a bit more of a player in future Fallout landscapes. Perhaps instead of landing to give melee players a chance to fight (like the dragons do), a tractor beam could catch a player who was unable to destroy the ship from the ground and drag them inside, which would create a scenario that would involve either blowing the ship up from the inside or escaping once you free yourself from the rectal exam table. The reward of these fights could be alien technology, much like killing the dragons gives you dragons souls. Either way you slice it, it’d fit.

I don’t think I’m the only one that sees Skyrim as a success in the present that represents success in the future for Bethesda’s other popular open world franchise. The complaints in reference to the Fallout series (besides bugs and not being turn based) are more a result of technological restraints and not a lack of imagination, so giving the creative team a little extra juice may make for some really great results.

65 Comments → What Does Skyrim Mean for Fallout 4?