Apparently, the video game industry didn’t get the memo that our economy is supposed to be in the tank. Bethesda announced this week that The Elder Scrolls V: Skyrim sold an estimated 3.5 million units in 24 hours. These figures can be added on top of the other gaudy fall sales numbers: 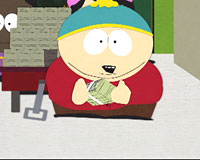 I too use a little red wagon as a wallet.

My video game doctorate isn’t in economics, but I will safely estimate that there have been a butt load of software sales this fall. I dare you to check my math.

I am glad to see that there is an aspect of the entertainment industry that is doing historically well during a historically bad economy. I know that typically sales numbers don’t automatically guarantee a quality product, either (Jack & Jill is towards the top of the box office with a 4% on Rotten Tomatoes). We should feel lucky to be given the opportunity to play this many great games – at this rate the industry may have more money than Greece. It goes to show that the current console generation is still doing well and provides a solid reason not to move to the next generation just yet.