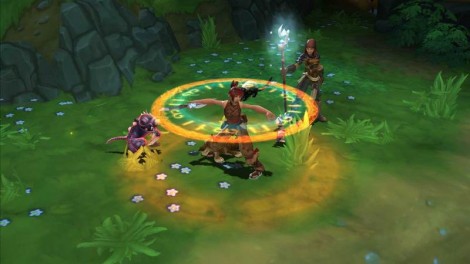 Those jerks at Runic Games have really done it this time. Citing that Torchlight 2, the sequel to their breakout hit, needed “polishing,” they’ve announced that the hotly anticipated title will quietly slip into 2012 so that more time can be put into making the game as great as possible. Hoping to redirect the outrage that the gaming community will have when they hear about this, Runic’s own Travis Baldree went on to entice players into playing the million other awesome games that are out right now, noting titles such as The Elder Scrolls V: Skyrim and Modern Warfare 3. If I was British (which I don’t think I am) I’d say bollocks.

Despite the fact that my backlog is full right now, I feel that owning Torchlight 2 in the year 2011 is my right as an American citizen and I demand a free copy of the game as a result of the pain and suffering I’ll feel by not being able to “choose” to wait on jumping into what should be a spectacular follow-up until after my completion of other games. In addition, I’d also like a free t-shirt and Torchlight themed plushies/action figures or else I’ll release the Kraken aka my ability to give game developers criticism on my Twitter account. Sorry Runic, Perseus won’t be able to stop my wrath via flying horse and Medusa head in this scenario!