Electronic Arts came out swinging with some great marketing to highlight the new Frostbite 2 engine behind Battlefield 3 as well as taking shots against that “other shooter.” For the most part, Battlefield 3 delivers on a frantic multiplayer experience complete with explosions, vehicles and intense graphics, but the single player campaign doesn’t quite feel put together and is full of questionable storytelling and pacing. The single player feels like fumbling around for your keys in the dark while the multiplayer shines and is arguably the best Battlefield multiplayer experience to date. 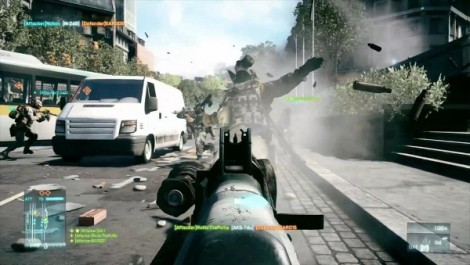 Multiplayer is the main focus

It’s clear when playing through the various modes in Battlefield 3 that the main focus is on multiplayer. On console versions, players are pitted in different battle modes with 24 players. These modes include Team Deathmatch, Conquest and Rush. There are two derivations of Team Deathmatch and Rush known as Squad TDM and Squad Rush. These modes pit teams of 4 against each other rather than the traditional 12 on 12 matches. These modes, while few, offer most players more than enough variety to enjoy the game.

Much like many previous Battlefield games, multiplayer features different classes for players to tailor to their play styles. These classes consist of assault, support, engineer and recon. Each class has its own specializations, but players can customize them to meet their play styles, as well. The best squads and teams will find a balance between classes to engage the opposing forces. The customization options for each class not only extend to weapons, tools and camo, weapons can enjoy a large number of options for attachments as well.

The multiplayer gameplay remains at a high quality and the maps for console versions are condensed to make the 24 player battles more frenetic and exciting. Players are granted the ability to deploy at controlled points on the map and on squad mates. Your squad can consist of up to 4 players at any given time, including yourself. This makes for an interesting dynamic as you may be able to have teams within teams. This also creates an issue when teamwork is desperately needed, and the overall team is operating under different objectives. It’s often hard to break that communication barrier with other squads on your team and becomes quite frustrating in objective-based games. 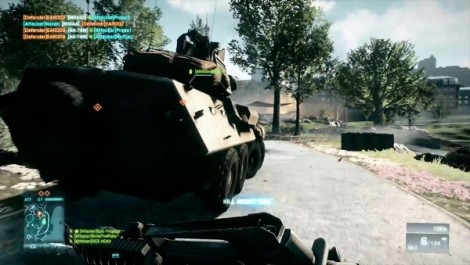 Don't make me stop this thing!

Vehicle warfare is exciting once you get the hang of the controls. There’s a lot of fun to be had when your entire squad enters a vehicle and rides down into the battle and engages with enemy vehicles or is met with a hail of gunfire. There’s also something extremely satisfying about being a gunner on the side of an attack helicopter completely blanketing an area full of enemies. This element creates wonderful variety from being just a foot soldier.

There’s still some left to balance

Multiplayer hasn’t been able to avoid some nagging issues, however, and I’d be remiss if I didn’t include some of them. The party system is clunky and sometimes difficult to manage. There may be a number of times where you join a quick match and your party splits up on teams or different squads due to the lack of room available. There have been several instances when members of my squad don’t make it to the match at all. The servers experienced a great deal of issues for consoles after launch, and, while a patch has been implemented to fix these issues, there are times when you’re met with rubberband lag and find yourself reliving Groundhog Day over and over.

The weaponry and attachments don’t feel completely balanced as of yet, either. Flying vehicles can unlock IR flares to ward off any locking missiles, but these can continue to respawn for the player, making it nearly impossible to bring down an opposing vehicle at times. With a limited number of rockets and missiles to hit the jets, it feels as if there should be a limit to IR flares, too. Tactical lights and lasers can completely blind you regardless of distance and lighting around you. You will be just as affected by the tactical light in the daylight as you would be in a dark tunnel. Most of these issues are minor, but they can be rage inducing. 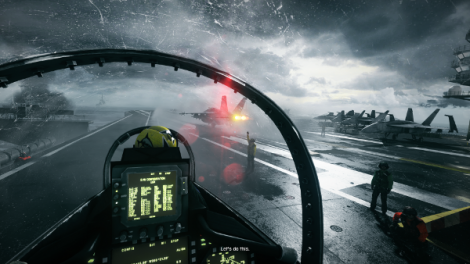 Perhaps I may be in the minority, but single player campaigns for first person shooters seem to be struggling and it disappoints me. Battlefield 3 is no exception to this trend and it will leave you feeling somewhat disappointed, confused and unsatisfied.

Without giving away spoilers, the story doesn’t quite flow as well as the writers hoped. As you play, you’ll be sent from person to person and location to location. The campaign attempts to engage you in a story on a global level, but the danger of this is losing emotion and motivation to see the mission through. The story is also a series of flashbacks which lead up to the present time which leaves little room for interpretation and mystery. All of these things put together spells for a lackluster campaign experience.

Perhaps the most disappointing piece of the campaign beyond the story is the poor balance in pacing. There are moments when you’re running, flying, driving, shooting, hiding, and none of them ever feel as if one action flows into the next. The game also felt like you were playing in the dark – literally. Most of the fights were at night or in dark places which actually forced me to brighten the screen just to see what was going on. There was so much darkness it actually took away from the experience at times. This was the biggest trouble point in getting engaged with the single player campaign. The flow of the game felt off from the very beginning and, as if to address this pacing problem, the campaign introduces a series of quick time events. These events more often took away from the actual action happening on the game and felt cheap. 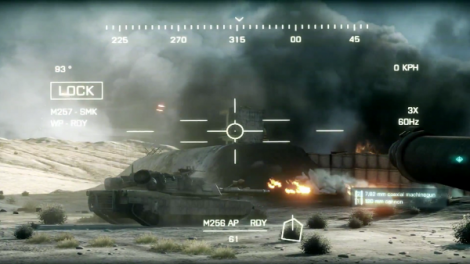 I can make things go BOOM!

The single player experience is not a complete disappointment. Graphically, the game is beautiful. It’s one of the most visually-pleasing games in recent memory. The sound and visual stimulation Battlefield 3 provides rival the best in the business, and there are times when you get shot and your character jolts you want to jolt, too. The sound catches your attention and you can’t help but feel a little pinch of that bullet that grazed you. There are moments in vehicle warfare in which you can feel the power of the tank or jet you’re controlling.

The co-op campaign is short, but the missions are well-paced and offer diversity while playing with a friend. Each campaign has a unique task and method of delivering said task. You might find yourself holding down a crucial point of interest under heavy fire, manning an attack helicopter or on a mission to defuse a bomb in a subway. You and one other soldier can fight through waves of enemies to accomplish the goal, which is a nice break from multiplayer if you don’t have a full group or from single player if you just don’t want to go alone. The diversity of the missions can make for a fun evening with a friend and there are a number of weapons to unlock when playing co-op as well. 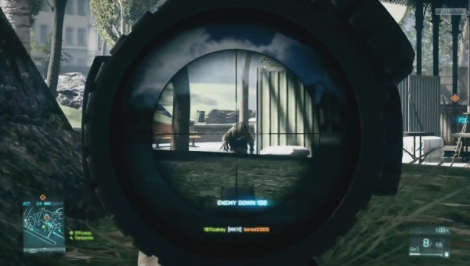 Excellence is in your sights...

Not for the lone wolf

When compared to other shooter franchises, Battlefield 3 made a paradoxical shift by focusing more on multiplayer and producing a disjointed single player campaign. Battlefield‘s single player campaigns had made progress with the Bad Company series in the past and were held in high regards, but this time it felt as if it just missed the mark. It’s clear the co-op and multiplayer features were what DICE and EA were driving home and this iteration proves the pull that multiplayer gaming has on the world today. The multiplayer experience is solid and requires a great deal of teamwork and coordination, and the co-op experience is fast and entertaining. Despite the lackluster single player campaign, I can’t help but feel Battlefield 3 was just a few inches away from a head shot for a complete package.