Our weekly recap is back on its feet. Follow along to our daily video game industry news highlights on the new Horrible Night Newswire page, we’ll recap the best of that list every Monday as usual. Not surprisingly this weeks headlines were dominated by many many reviews.  Here at HN, we went live and celebrated Thanksgiving a bit early while lamenting the growing list of games we have yet to play. These are good problems to have, at least, that’s what we keep telling ourselves.

Every day we are on the look out for the most interesting news items in the gaming industry. Some make it on the site as headlines, and the articles that just miss the cut end up in the Shiny Objects feed on our Google+ Horrible Night Newswire Page. Every Monday we recap the shiniest of the objects, and our original articles from the previous week. 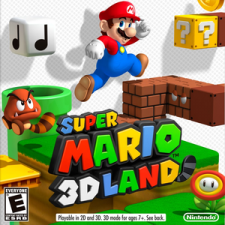 You stay the hell away from me. I love you too much.

31 headlines distracted us and here’s the best from that list:

Modern Game Journalism: The Movie: The Trailer – Joystiq
“So good.”

Skyrim Beating Out Modern Warfare 3 On Steam – GameInformer
“I’d agree that it’s a fair assessment of the core PC audience on Steam these days.”

Review of The Legend of Zelda: Skyward Sword – Giant Bomb
“You are who we thought you were.”

Steam Joins Every Other Gaming Company and Gets Hacked – Piki Geek
“Change everything again.”

Review: Super Mario 3D Land Borrows From The Best – Wired
“I was not counting on this…”

Call of Duty: Modern Warfare 3 Review – Giant Bomb
“Because review scores matter for games like this.”

Xenonauts pre-orders re-open at $20 – Shacknews
“Back on track, let’s do this.”

Careful, Internet Users–Mass Effect 3 Leaking All Over the Place – Giant Bomb
“I may quit you if you ruin this for me, internet.”