Let’s get the fine print out of the way: I’m writing this from inside of a Faraday cage and, seeing how it’s winter, I’ll be spending most of my time inside of grounded buildings. I don’t live in a flood plain (so floods are out), I don’t live in a trailer park (tornados) and we’ve had several hard frosts (there go rains of frogs and plagues of locusts). There are no active volcanoes within 2,000 miles and even if you crank out a massive 9.0 Richter-scale earthquake at the New Madrid Seismic Zone, chances are that I won’t be killed for my insouciance, so you’re just going to have to deal with being taken to task for now.

As I understand it from well-respected pokers-of-deities’-eyes Neil Gaiman and Sir Terry Pratchett, gods feed on belief, so it would make sense that you, the gods of video games (collectively, probably part of the general family of the gods of entertainment media or Deitus boobtoobicum) feed on the hours and hours (and $) that millions of people spend in your thrall. As a matter of fact, the combined $22.4 billion in U.S. sales in 2007 (roughly equivalent to the GDP of Bahrain [or North Korea]) probably represents a feeding frenzy of worship you haven’t seen since the Spanish Inquisition (which no one expected).

The thing is that, like with monarchs, you are supposed to be bound by a social contract. Unfortunately, it seems like we gamers haven’t kept up with the times (if the times were, say, the early 13th Century and you’ve taken advantage of that fact, running roughshod over our needs while we continue to provide you with sustenance (ambrosia and nectar, at last glance). So, in the interest of getting more good games for fair prices with limited bullshit, I’ve posted this social contract on teh interwebz for ratification by your worshippers. Please see below; I’d recommend reviewing it in detail so nothing takes you by surprise.

Article I: Patches, Pre-orders and DLC (AKA: Bullshit) 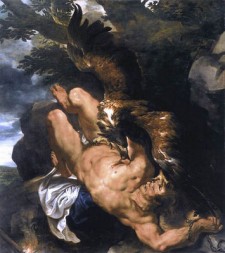 Prometheus: chained to a rock and had an eagle eating his liver. Former god.

Look, I get it. You exist on the worship of your followers and what better way to keep your acolytes on the hook for just a little bit longer than the game itself normally would? It’s a clever marketing strategy: get them before the game comes out, keep them sitting there while they wait for post-release date updates (that should have been there at press-date) and charge them time and money to play modes of the game that should have been included with the game in the first place. It’s one thing to patch a bug you didn’t find in QA, it’s another to release an unfinished game and try to fix it later.

What, you didn’t think that we’d notice? There’s an idiomatic phrase for that kind of activity which even I’m not going to say when speaking to deities, but that’s what it is when you try and pull it off and we’re sick of it. While it’s great to make sure that a copy of the game is going to be available ahead of time, is it really necessary to create exclusive content for different outlets? First off, you’re forcing some of your followers to go to GameStop, which sucks and has your competition filling its shelves as distractions. Secondly, choosing between one version of you and another is asinine (no, that’s not a thinly veiled reference to other, less materialistic deities). That’s a hell of a way to set up a love-hate relationship. So let’s get started.

The Gods of Gaming shall neither release a game before it is ready, package exclusive content with pre-orders (unless it is universally available at a later date) nor separate integral content from a game just to keep us on the hook (like Catwoman. Who was integral.)

I don’t know where that phrase came from, but aside from being gross and cruel (why would you beat any horse, let alone a dead one?) it’s good advice. It’s happened to every type of creative work out there and if I were in your shoes, I’d be concerned that I was diluting my own brand. If the Norse god of the gallows can splinter into Odin, Wotan, Woden, and Wodanaz, what do you think will happen to you if you don’t keep the things that got you into the pantheon in the first place largely intact? Have you heard Guns ‘n Roses latest album without Duff, Slash and Izzy? It’s not pretty, and it looks distressingly like what happened to the Guitar Hero series. Tell the Janus-like god of Battlefield and Modern Warfare to take off his shooting mufflers, quit flexing for the DOA goddesses and pay attention because I’m aiming this directly at him.

Think about it, guys. If a new [insert holy book containing the True Word of God here] was released every year with some minor tweaks but no significant differences while its adherents were told that this new version was the be-all, end-all True Word of God, don’t you think there’d be a little element of boy-who-cried-wolf after a little while? Some of you got your starts with great first games that were later eclipsed by even better sequels, but when you do that on an annual basis (and your followers know it’s coming) you’re fracturing yourselves like cut-rate They Who Shall Not Be Nameds.

The Gods of Gaming shall refrain from turning out a sequel to a popular title unless they really have something worthwhile to add to the series. In parallel manner, The Gods of Gaming shall not, by action or inaction, drive a vaunted and well-loved series to ruin like you’re trying to make a bid for North Carolina’s State Tree. 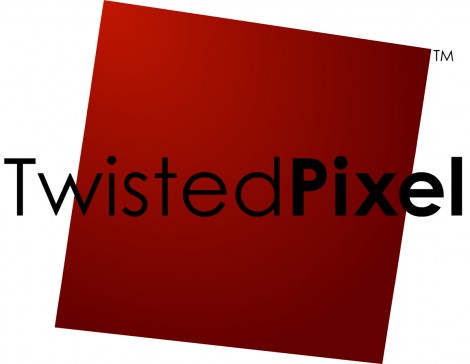 This is a simple proscription: respect our time and respect our data. I heard what your high priest David Jaffe said at PAX 2011 – no one goes out to make a shitty game, but have you ever played any of the Superman games? (Except for Death & Return, that shit was awesome). Just because you got your start as a storied franchise doesn’t mean you get to manifest as a half-assed game and watch your adherent-count pile up like you’re Half-Life 3. We all know what happens to gods when they’re forgotten (has anyone seen the God of Bubble Bobble lately? Anyone?) We know you don’t want that. But we will ignore you and watch you fade from glory like you’re all named Dennis Dyack if we have to. Our time, our devotion and our work may create your very existence, so it’s valuable to both of us. Don’t waste it.

While we’re at it, let’s talk about our data. Specifically, the kind of data that we use to pay for the idols on which we focus our worship. You know, things like credit card and social security numbers. We can get down with the fact that clever humans have been outwitting gods for millennia and every now and then, you might get taken for the dysfunctional, egotistical douches that you are…but don’t try and hide it from us. We. Will. Notice. Probably after we get a credit card statement with an $8,000 charge for “pharmaceuticals” in Albania. You’re a pantheon; we know you’re dysfunctional and fallible, so when someone steals our information from you, send us a message, huh? (Preferably not one involving a cyclone of fire, thanks).

The Gods of Gaming shall neither foist shovelware shit upon their followers, nor be careless with their data, nor disguise the fact that they got suckered like Don Flamenco walking into a left hook when their acolytes’ data is compromised.

Article IV: We are not idiots 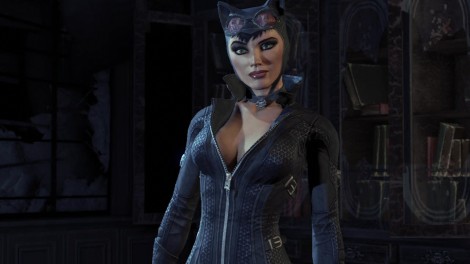 Not necessary for a full experience? Rawr!

Last one…at least until one of (or a group) of you come up with some other moronic behavior that seems designed to do nothing but alienate your followers. As I mentioned above, most of us aren’t morons. We knew what we were getting into when we picked up Skyrim and the amount of our love and devotion the God of the Elder Scroll was going to reap as a result. We knew that when we showered our affection upon Twisted Pixel studios that, eventually, it was going to get absorbed by someone bigger. And every time you pee on us and tell us it’s raining…we know then, too. Listing off the enormous amount of bullshit that you feed us in terms of “Oh, we have to do it this way, ” or “Oh, the technical hurdles are just too high and the technology’s not mature,” would take more days than I have patience. Those lines used to work, back when you tried to sell us on the Power Glove and no one had spent decades in the cold, cathodic light of your temples or gotten advanced degrees in video game design! Here’s an example, because I know Lord Madden / Viscount NCAA can be a little literal: we know you can let us play with our friends. We know that PC gamers and console gamers could play multiplayer together (and maybe heal the rift between them [cf: PC gamers are arrogant cockfaces]). And we’re pretty sure that, if you felt like it, you could let us play with people who buy the other console. But you don’t. And it pisses us off. If you don’t want to let us play together, you’re assholes, but we knew that already.

The Gods of Gaming shall not treat us like brain-damaged shih-tzus and tell us that lumps of coal are just as good as diamonds.

There you have it. The Gaming Bill of Rights. Or at least the Gaming Guidelines Scribbled on a Post-it for you to reference when you’re mad with power over how many people bought either Battlefield 3 or Modern Warfare 3 this month. I’d suggest you pay attention to it or you might find yourself forgotten. Like Myst.

PS – If you think you’re immortal, try asking the Gods of Radio how they’re doing.