Meanwhile… we’ve actually been playing games. Each week we recap our recent gaming experiences and tell you what we’re looking forward to, so you can use your time more wisely than we have. We can come across as calmly switching between multiple games, but the fact is we are terrible jugglers. Nothing is going as planned at this point with our game time, but that’s what makes this time of the year so damn fun. 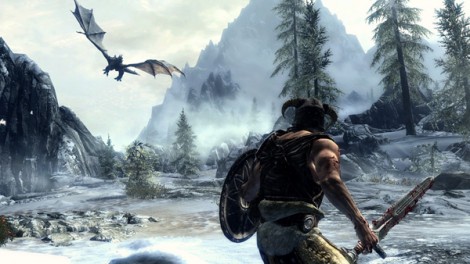 This last week was dominated by Battlefield 3. I’m working my way through the single player campaign and of course played quite a bit of multiplayer online. The co-op is enjoyable, and multiplayer is best played with a group of buddies. There are little quirks to the game, but overall it’s an enjoyable experience. The single player campaign is a little slow to get through, but I’ll survive and get it done.

The upcoming week is absolutely ridiculous. This week is Call of Duty: Modern Warfare 3. You can bet that I’ll be playing multiplayer with that game as well as trying my hand at the campaign mode. I want to see how the story ends. Pure and simple. I may also play some special ops too. After that, comes The Elder Scrolls V: Skyrim. That is going to be a beast to take on. I don’t think I’ve been this excited for an Elder Scrolls game for some time. Now that it’s only a mere day or two away I am starting to get the shakes. I have high expectations for this game, and I am praying to the gaming gods they don’t let me down. Next week is Assassin’s Creed: Revelations. I suppose I’ll try to find some time to work that one in. You can rest assured that my plate is full. 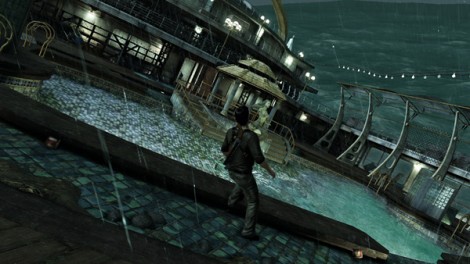 Hurry up and get off this boat.

I’m a bit disappointed in myself. I thought I’d push through Uncharted 3 quicker than I have, but I ran into that old nagging pet peeve of mine that I hate finishing games too fast. Especially great games. I don’t want Uncharted 3 to end, but I will do just that because there are more games begging for my attention. It is probably for the best because if I played through it at my preferred pace my jaw would become unhinged and actually merge and grow together with the floor. Too many amazing moments? That’s a helluva thing to complain about.

Where do I go from there? I’m going to take my first journey to Saints Row next week when Saints Row: The Third comes out which should become the game I’m playing in the background of everything else for the rest of the year. The biggest surprise there is that I’ll be playing it on PC and getting into ridiculous hijinks with Josh Lee. When that isn’t available, I’ll be wrapping up the Gears of War 3 single player campaign (feels weird after all of that Horde mode) while reading Zelda reviews to see if Nintendo surprises us all. 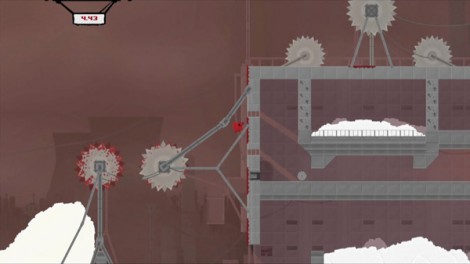 After the A Call To Games marathon I took a pretty long break from games. It gave me some time to catch up on other things. Here in the past few weeks I’ve started getting back into things. Most of my time has been with Super Meat Boy. I never really spent much time with the game, but finally decided to plow through it. My only issue is that I really want to try and 100% the game. I know that is more than likely an impossible task, but I get crazy every once and a while, so we’ll see how it goes. I’ve made decent progress so far having collected almost half the bandages so far. Progress is slowing down quickly though. Its starting to get tough, so we’ll see how it goes.

I’ve taken a long enough break since our single sitting Horde extravaganza that I’ve decided to go back in and finish the Gears of War 3 campaign. I’ve been working through it on hardcore with Robeque, and we’re getting pretty close to the end. I think we have one more chapter to go. One or 2 more evenings should get us through it. I’ll still need to play through it on insane, so I’m hoping to round up a group to try out the 4 player co-op.

My random game download of the week was Gish. After unlocking the Gish character in Super Meat Boy it made me look up where he came from. I had actually never heard of the game but it looked really interesting. I downloaded the demo on steam to give it a try. I liked the mechanics of the game a lot. I’ll probably be picking up the current Humble Bundle which they just added that title to, so I’ll more than likely be playing it a little bit here and there just for something different. 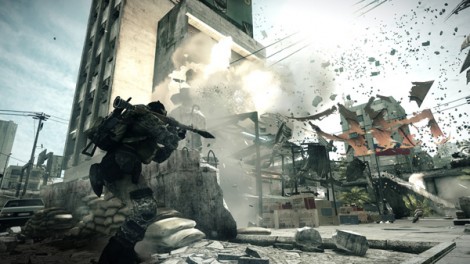 I was very heavy into Batman: Arkham City over the last several weeks. I have been really enjoying everything about the game until I lost 13 hours worth of save data and had to start all over. I think I may have been on the brink of tears after losing all of that time. Needless to say I have had a hard time trying to get back into the game right away. It is a huge let down to have 25% of the game done and then get spontaneously get kicked in the dick. On the bright side, I feel like I have a little more freedom to run around and kick the shit out of everything I see.

I also have spent some time with Battlefield 3‘s multiplayer and single player. This may sound a little odd, but I really don’t have a concrete opinion of the game yet. This is the first title I have played in the series, and I am trying to keep and open mind while I make a decision on if I like the title or not. What I do know is that I am terrible at the multiplayer right now. This week in particular I have found myself killing time until the wizards of shipping bring me my copy of Skyrim. I am extremely anxious to make my Khajit named Senor Gato and hunt dragons like mice. NCAA Football 11 has been the time killers of choice. I guess sports games would be my fluff genre for mindless gaming. 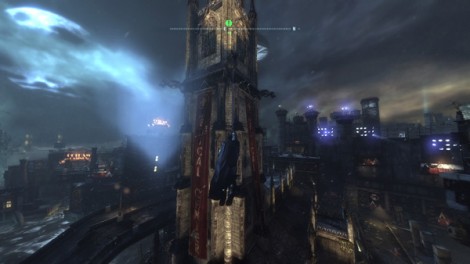 Batman is always on duty.

Like the week before it, the first week of November was all Batman: Arkham City, all the time and I look to more of it in the upcoming week. I’m not spending money on BF3 or MW3 and none of the other 2nd Week of November releases are really getting me all sweaty-palmed-and-tight-pantsed. Lord of the Rings: War in the North was fun and I would like to pick it up, but it’s just not a $60, hot off the presses purchase for me. Next week, on the other hand, is Saints Row: The Third, Assassins Creed: Revelations, Need For Speed: The Run and Halo: Combat Evolved Anniversary, so I’m going to go ahead and guess that, for budgeting purposes and maintaining social interaction with my fiance, my gaming during the second week of November is going to remain Batman heavy and, if I feel the need for change, it’ll come from XBLA – Indie or maybe attempting a speed run on Shadow Complex.