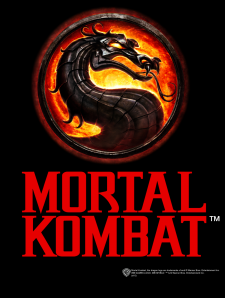 If we learned anything during this confusing week, it’s that Mortal Kombat news still gets everyone’s attention. The draw is impressive after all of these years for a game that’s about to have its 9th release and a movie that is now 15 years-old. Let’s take a look at the two news stories with our summary reaction now that the rumors have been sorted out.

The mysterious trailer that debuted on Tuesday got us so excited that we not only featured it on the site, but talked through the possibilities on this week’s podcast. The timing of the release of this reimagining of the MK universe into a more realistic setting  just seemed too suspicious, so what did it end up meaning for a potential game or movie? Nothing. The trailer turned out to be merely a leaked proof-of-concept submitted to Warner Bros. to get them to consider doing a new MK movie.

To confuse things further, on Thursday the actual game trailer for a new MK game was released. The game will simply be titled Mortal Kombat and returns the game to it’s 2D roots while still using polygonal characters. Style and characters wise everything seems true to the original MK universe except that tag teams have been added. Check out the trailer below.

Out of all of the possible outcomes, this is the one I’m least excited about. No commitment on either the movie or a game to the exciting new direction portrayed in the MK Rebirth trailer combined with an uninspired direction for the new MK game. I’ll restate the fact that I’m not a fan of taking the movie in a new direction without a game to base it on. However, I feel bad for the MK team, NetherRealm Studios, that the leaked trailer took some wind out of their announcement. The fact is their new game doesn’t look fresh in comparison to the ideas portrayed in the trailer. 2D gameplay is a smart move, but that alone won’t make me buy another game in this tired genre when I already have Street Fighter IV. Right now, I just hope that both WB and NetherRealm notices the furvor generated by the live action trailer. I’ll hold out hope that this new direction is still possible for both the game and the movie.