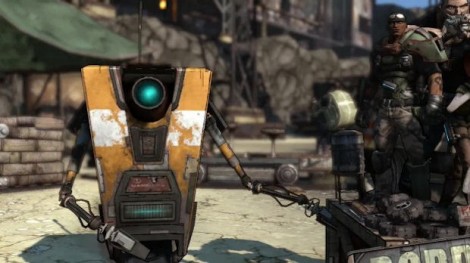 Who knew a robot could be so eloquent?

Last night, Destructoid reported a story that literally reduced me to tears, but in a good way; even now, I’m sitting here with a little bit of a lump in my throat. We, as a community and as a site, spend a lot of time griping about the crap we have to deal with from developers and publishers, some of it bewildering as its only apparent purpose seems to be to drive us away. It’s a great day when we get to report on a story like this, when not only does a developer do right by its fans, it shows class and humility.

Gearbox Software received a request from a young man named Carlo asking that Claptrap, the energetic robot from Borderlands fame, eulogize his friend, Michael John Mamaril, who died of cancer at the age of 22. Gearbox agreed and touchingly eulogized Mamaril – you can listen to it here. Not content to stop there, Gearbox has decided to include Mamaril as an NPC in Borderlands 2.

I don’t have a lot more commentary here; it’s not needed. Good job, Gearbox. Thanks for doing right by your fans.