Since I haven’t written anything for the site in such a long time, I thought it might be good place to start by revisiting the last article I wrote about the upcoming release of Wrecked: Revenge Revisited. At the time I was jacked up with excitement, anticipating a Q2 2011 release. As time moved into Q3 and now beyond and Wrecked has still yet to be released, the excitement gradually faded until the point where I almost don’t even care any more. I mean… I now have Battlefield 3, Arkham City, Skyrim, Skyward Sword, Uncharted 3, etc. to tide me over for a good long while. I don’t even need this game.

Now now… I’m just being dramatic and bipolar. I’m of course still excited for the freaking sequel to Mashed, one of the greatest party games I’ve ever known! The latest news posted to the developer’s blog was on October 12th, stating that the game is (hopefully) within it’s final submissions for XBLA and PSN. There is still, however, no solid release date. I guess I’ll just stop thinking about it again, and be pleasantly surprised whenever it does actually get released. 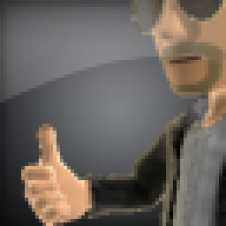