Meanwhile… we’ve actually been playing games. Each week we recap our recent gaming experiences and tell you what we’re looking forward to, so you can use your time more wisely than we have. Now comes the hard part, how do you talk about multiple games when you are really just focused on one? Most of our team has picked a corner while others are just looking for more game time. 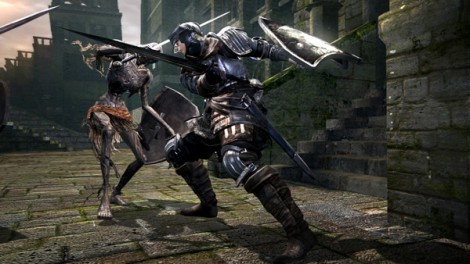 You won't be alive for long.

While the world celebrates its love of gunfire and explosions with Battlefield 3, I hang back in the shadows of Batman: Arkham City. I finished the story two days after the game’s arrival and still find myself venturing deeper towards insanity trying to collect all of the Riddler’s trophies. That guy is a jerk and I’m so close to showing him the backside of my strong hand.

I also recently began my journey through Dark Souls after finally finishing its predecessor (Demon’s Souls) and have already hit a brick wall of frustration. Just as planned. If it weren’t for already knowing the game is full of moments like this, I would have already stomped the game disc into the carpet. I’ll get back to this one. Smaller games have infiltrated my backlog as well. I’m at the end of Kirby Mass Attack and having fun with it. If anything, it makes me long for more classic Kirby gameplay. I can see myself snagging the new Return to Dreamland by year’s end on the cheap.

In terms of the future, anyone who knows me would also know that I’m perfectly fine with playing Battlefield 3 later if it means throwing down my cash for Uncharted 3 immediately. Uncharted 2 was one of my favorite games of 2009 and I can’t wait to shoot and jump into the holiday season with Drake all over again. There are stellar reviews already floating around, but I don’t need any perfect scores to know that I’m going to thoroughly love this game. Now let’s go treasure-hunting! 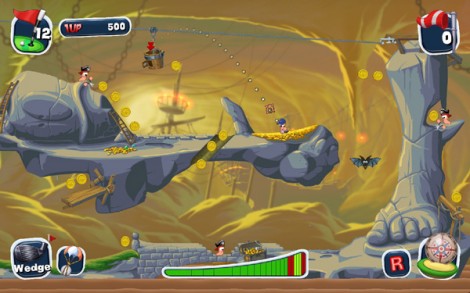 Not your typical Par 5

While I am still pretty stressed out by all the games I want to play, I have to admit, it’s kind of relaxing to know that I’m just playing one until I am done. Batman: Arkham City has my full undivided attention and it’s cutting into my sleep and work schedule. The completionist in me is going crazy with the side quests. I get paralyzed by the fear that if I don’t complete a side quest it will go away when I advance the story. So better safe than sorry. Thankfully, I’ve eased up on my desire to get every Riddler trophy. There will be time for that later or in New Game+

There is a bit of pressure on me to finish though because I want to dive into Uncharted 3 as soon as it comes out next week. I’ve even been turning on my PS3 every day recently so that I’m not blindsided by a system update when I’m ready to finally play the game. Batman will need to finish first, so hopefully I can wrap it up this weekend so I get to hang out with my favorite original video game character, Nathan Drake.

Also, I did give Worms Crazy Golf a shot on steam last week. The game is all I need it to be, and it is the best non-traditional Worms game available. It’s about time they found a useful way to spin-off that fun gameplay. 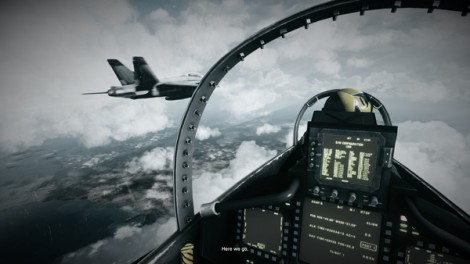 I think you need a license for that.

This past week I’ve focused primarily on Mass Effect 2 as I keep charging forward on that. I also tested the waters on Batman (they’re warm and welcoming with a hint of a scent of cotton candy). I will be circling back around to give them a go.

Really, in all honesty, this week looks to be a week on (the) Battlefield 3. In the hour I did get to play through intermittent server issues on Tuesday I loved the experience. The sound, graphics and mechanics brought me under its umbrella. I plan on dedicating a serious chunk of time this week to that game as well as splitting time continuing my quest on Mass Effect 2 and Battlefield 3 throughout the weekend.

My goal before getting into the heavy releases in November is to finish one or two games. I got a lot of work ahead of me. 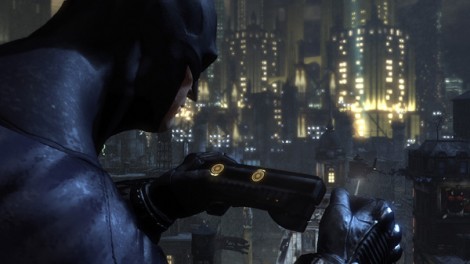 No time for video games, Batman.

I’ve been playing the only big release out there and the only game that matters until Q1 2012, Batman: Arkham City. If you haven’t read the reviews (which I could understand, because who needs to read the reviews for a game you knew was going to be this awesome?) it’s super-duper awesome. It’s metroidvania + comics + supersmooth gameplay +…okay, I could go on for a long time, but it’s badass. The only gripes I have are that it’s hard to dodge knives and the Xbox 360 D-pad sucks for selecting amongst gadgets. If you don’t have a copy, you should get one. Go on. I’ll wait. 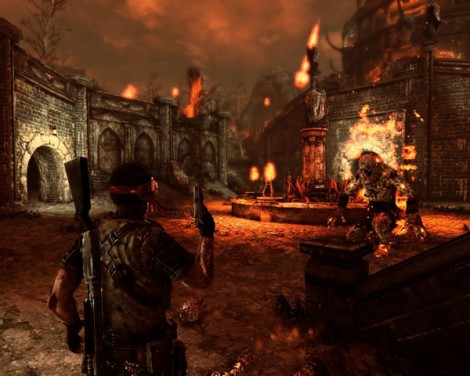 In addition to more Dungeon Defenders, I’ve been toiling away at Castlevania: Lord of Shadows. I am happy to be moving on from the land of werewolves, but this crazy crow lady is giving me some fits.

The Haunted: Hells Reach came out this week and you can expect a review soon, but a sneak preview can be summed up in one word; awesome. I am excited about this game’s promise and am ready to help make others fans as well. Kicking demon arse has never been more over the top and fun.

Rage and Red Faction: Armageddon continue staring at me, yearning for attention so I hope to get them involved as well though my brother’s wedding will make my game time limited.

I haven’t played any video games since the marathon. I’ve just been too busy with other things. But all this talk about Batman and Battlefield 3 is burning a serious hole in my pocket. Mega Release Fall is upon us and so far I’m failing at trying to keep up. Trying to stay away from the littlest of spoilers is impossible because a ton of people at work are talking about Batman. I want to know what that game is but I don’t at the same time. I want it to be fresh when I finally get my hands on it, which might be this Sunday. We will see. I can’t wait to get into Gotham and bust some heads.

This week will be another wash for video games as I will be out-of-town. Oh, but the 3DS is available and those are good for trips right?