With 4 hours remaining in the A Call To Gamers 24 Hour Charity Gaming Challenge, my final challenge was to play through Ska Studios‘ latest title, The Dishwasher: Vampire Smile, from start to finish. I knew that it was possible to make it through one of the story modes in under 4 hours, but I had no idea how good you had to be in order to achieve a time like that. The challenge for me was based from the history of how much trouble I had with the difficulty of its predecessor, The Dishwasher: Dead Samurai, and throwing that on top of over 36 hours with no sleep and 20 hours of straight gaming. As I was getting started, Justin interviewed me about the game and you can check out the video below:

With that out of the way, it was time to dive into Vampire Smile and see if I could complete the challenge

Two is better than one 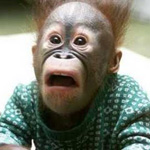 To kick things off, Vampire Smile goes for a boosted start by offering you 2 separate storylines. You get your choice to play as The Dishwasher, or his sister Yuki, each with a unique experience. To switch things up, I went for Yuki’s story. I had already spent numerous grueling hours as The Dishwasher himself during the Dead Samurai story and arcade modes, so it was time for a change of scenery. The story opens in its familiar comic-style setup. However, I noticed right away that the artwork seems cleaner and more detailed. Even the animation was way more polished. There were subtle movements within each character which just enhanced the overall visuals. Ska spent a lot of extra time updating the engine and enhancing the animation and it was all time well spent. The game looked fantastic. An extra dimension was also given to the story through what I can only call an interactive cutscene, which did a great job at setting the mood for the situation Yuki was in. So, everything looks badass, but how are the controls? 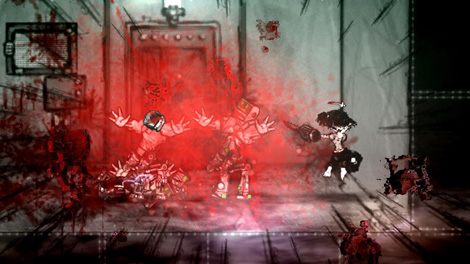 I have a chainsaw for an arm and know how to use it.

My only beef with the first game, aside from the brutal difficulty, was the control. Even though the movement felt pretty smooth, I found myself having issues with aerial combos. I couldn’t always get The Dishwasher to move exactly how I felt like he should when switching directions back and forth between different enemies and mixing evasion moves in with my combos. I didn’t have this problem at all with Vampire Smile. I was able to move Yuki exactly how I wanted. Everything felt extremely fluid and natural which lead to even more massive combos. I really think James Silva nailed the combat mechanics and might even set a bar for future brawlers.

A formula that works

The rest of the game sticks close to the footsteps of the first. You move from room to room encountering a variety of cyborg enemies, mini-bosses and your occasional boss battle, with all of ultra-violent, bloody goodness we’ve come to love from Ska Studios. We see a few familiar faces, as well as a good variety of new ones. Chef, which for some reason I still picture as the one from South Park, makes another appearance and gets in on a little of the action. A few new weapons are added to your arsenal as well as the ability for 2 separate load outs. Despite having quicker access to more weapons, I still beat the entire game using primarily the powered up chainsaw arm. I just couldn’t put that awesomeness away. Dish magic is still there to help you in a bind, and the guitar mini-games can still be found hidden throughout the levels. 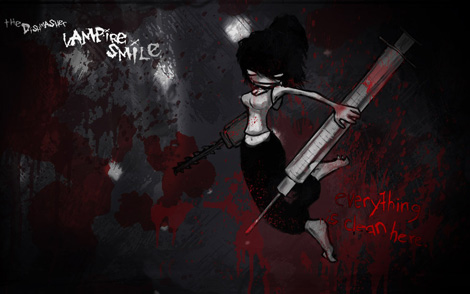 I think you need a bigger syringe

I guess I sort of gave it away in that last paragraph, but I found victory in my final challenge. I finished Yuki’s story in exactly 4 hours, and it was a fantastic way to end the gaming marathon event. Overall, Vampire Smile was everything a sequel should be. They took an already awesome game, improved it, and then added a little more to make it it’s own. I’m looking forward to checking out the additional storyline and everything else the game has to offer. With 4 hours of content already finished, an additional storyline to go, and a whole new lineup of arcade levels and dish challenges, it’s worth every bit of the 800 points you can pick it up for. Do yourself a favor add this game to your must play list.