It is with no small amount of personal and professional pleasure that I share GamePolitics.com’s article “GTA V Announcement Timed with Thompson’s Three-Year Disbarment Anniversary,” with you. Not that it comes as any surprise, but the guys over at Rockstar clearly have a mischievous sense of humor.

If you’ve followed gaming and the First Amendment at all, you’re familiar with the name Jack Thompson in the same way that  a dog is familiar with fleas: irritating and persistent until you get the antidote. In gaming’s case, the irritation came from this morality crusader who (in addition to going after rap music and Howard Stern) focused most of his ire on sex and violence in video games and repeatedly tried to link violence in children with exposure to violence in video games. 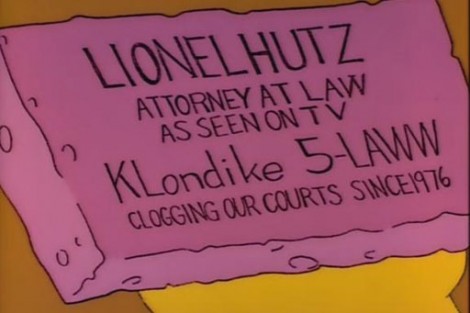 While we’re strong supporters of content in games that is appropriate to the games’ audiences, we’re just as strongly against regulatory stifling of our favorite creative medium and, as you’d expect, think that Jack Thompson is a big, fat doodyhead for his crusade and attempt to use bunk science to muzzle video games. The fact that Mr. Thompson was permanently disbarred by the Florida Supreme Court for violations of the Code of Professional Conduct, specifically,

Cumulative misconduct, a repeated pattern of behavior relentlessly forced upon numerous unconnected individuals, a total lack of remorse or even slight acknowledgment of inappropriate conduct, and continued behavior consistent with the previous public reprimand…Over a very extended period of time involving a number of totally unrelated cases and individuals [Thompson] has demonstrated a pattern of conduct to strike out harshly, extensively, repeatedly and willfully to simply try to bring as much difficulty, distraction and anguish to those he considers in opposition to his causes…He does not proceed within the guidelines of appropriate professional behavior, but rather uses other means available to intimidate, harass, or bring public disrepute to those whom he perceives oppose him.