For the first time, we opened up this week’s discussion to the community on Facebook, check out their responses below our answers to: What video game character do you think has or would have the hardest time maintaining lasting relationships and why? 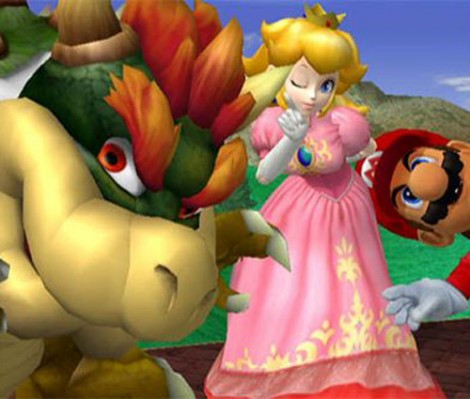 She knows something we don't.

I still don’t understand how Mario and Peach are still an item. That princess has caused Mario an insane amount of trouble. Maybe he’s in it for the money, but there has never been a hint of her wealth over the last 25 years. I mean how rich could she be if gold is just lying all over the place in the Mushroom Kingdom. Maybe Dr. Phil can help resolve their issues.

I just don’t get why Mario and Peach can’t afford better protection. I’m sure Toad and his friends are nice people, but I’ve been through the Mushroom Kingdom and Dinosaur Land, there is better security available.

I really want to know how Kefka and his wife handled his destruction of the world in Final Fantasy VI. He kind of seized the moment, so I’m not sure how much he had planned when he killed the emperor, but if it was planned, did he talk it over first? Or did he kill his wife in the sundering? The man was maniac.

Is Princess that attached to her homeland? Abdicate the throne already and move somewhere safer from Bowser and his minions. A former King of England abdicated for a girl, surely the Princess could do that for Mario. Especially after all he’s done for her.

Could a woman really love Kefka? Or any maniacal power-hungry aide to an emperor? Look at any space marine. They’re always gone fighting off whatever evils might befall the world. Hell, Master Chief had to resort to falling in love with an AI. I doubt that those are easy guys/gals to love. Just imagine the PTSD that they have to deal with when they do finally get home. Would you want to lie next to Samus completely unarmed?

(about to go into dangerous Josh Lee places here) Well, I would too if Samus did what the baby Metroid did and attached herself to my head. 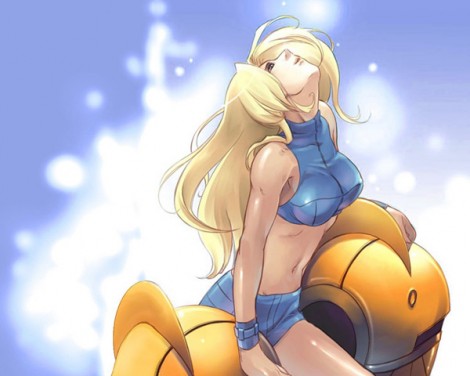 I think that any Final Fantasy romance should be ruled out. Some one at Square must love Shakespeare since the romances are textbook tragedies. I think XIII was the only one to buck the trend, but that story is terrible compared to X or VII.

Samus can have my morph balls anytime. It might not last, especially when she can no longer remove her suit due to Metroid DNA-fusion, but when I die from Space Pirate spazers, I die knowing true love… in space.

This is the fanfic thread, right?

I dunno, JP, some of those Final Fantasy side characters go home different people. Sure the main characters are usually going through the tragedy, and how did their significant others feel about them running off.

But enough of that fantasy crap. Let’s get real. Do you really think Conker could hold together a healthy relationship? The guy is always getting drunk or lost in his imagination pretending to be in movie tie-ins. 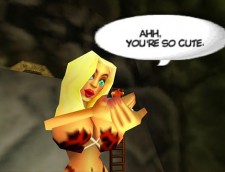 Nothing about Conker is healthy so obviously his relationship wouldn’t be. I imagine him as someone like Roger Rabbit, trying for interspecies love. Where Roger was extremely successful, Conker’s numerous bad day’s will derail everything. Maybe he could fall in love in a mental hospital. I think that’s where he needs to be.

And Justin continues the definition of tragedy …

I’m beginning to wonder how the vault dweller finds love. There are far to many strung out people in the wasteland.

It seems to me like GLaDOS wouldn’t have the greatest time maintaining a relationship. She seems pretty clingy; she has a lying problem, especially based around baked goods; and she can get pretty testy. Of course, there’s also the whole neurotoxin obsession, too. I guess she’s just not built for love.

Also, thinking back to Mario’s rocky relationship with Princess Peach, if they broke up, who would be his rebound? I’m not extremely well versed in the world of Mario, but I don’t recall him having a whole lot of other options…

You all make some good points, but what about the surviving members of STARS or anyone else who has survived an Umbrella themed viral outbreak? Every second of sleep filled with nightmares, the constant need to carry first aid sprays around, the tension itself would end most relationships quickly. Let’s not even get in to fact that T-virus residue could affect future pregnancies. Ever seen “It’s Alive” ? Mutant babies always put strains on love.

Holy crap! I check out for a few minutes and you guys start defiling Samus!? What is wrong with you?

I’ll expand/combine with Ethan on this one, though, as the level of nightmare exposure for Delta Squad has to be pretty darn high, as well. And since Anya is sterile, that might really cause a rift between her and Marcus down the line. And I think you guys are focusing on the wrong Mario relationship – how much longer is Luigi going to be okay with getting the short shrift? Let’s ignore, for a second, the fact that it’s Super MARIO Brothers, Luigi (except in a couple of limited games) is player 2. Player NUMBER 2. He’s always number 2. Poor bastard. And beyond Luigi, how about Yoshi? If Mario takes damage, he runs away! And if Mario needs to make an extra long jump, he can abandon Yoshi to fall down a pit, that’s got to engender some trust issues! 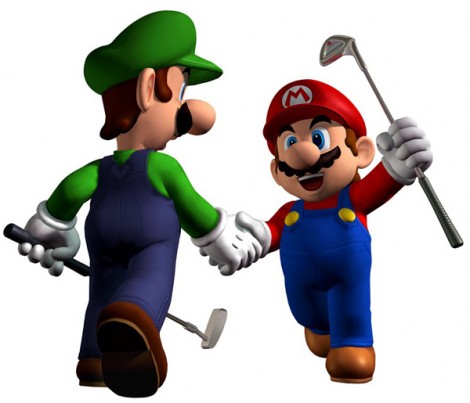 Sticking with Resident Evil themed, what about Wesker? That dude is different in every single game, and he’s been cloned how many times? His significant other would never really know who she’s dealing with, and on top of that, WHAT she’s dealing with. Basically, the entire Resident Evil world is destined to be alone… unless you date a zombie. He or she will always be right there… biting your face.

See, I always wondered about Wesker, especially post Tyrant skewering. Speaking of Tyrant, what about that guy? Is he really a monster or more of a misunderstood Frankenstein type? The same could apply to most any of the monsters in that franchise that originate from human experimentation.

What about the unseen hero of Plants vs. Zombies? The only living person he has come into contact with is Crazy Dave, and then he’s being relentlessly pursued by a horde of zombies. Not to mention the market for a man who has a green thumb complex as in-depth as this guy is not high in demand. On top of this, he’s got some plants that are quite dangerous which points to the fact he’s likely a mad scientist himself. I just don’t see a long-term relationship with anyone living other than Crazy Dave in my crystal ball.

Plants vs Zombies guy seems to be a perfect mate. He thought about the potential for zombies in the future and created genetically altered plants to help him out, think about what his forward thinking would do for a family budget. The unseen protagonist is a solid point though as why are they unseen? Physical deformity, witness protection, etc there could be multiple issues that contribute to their secrecy and secrecy is bad for relationships.

I think the unseen generals from rts games are also bad for love as not only is the military a stressful situation but they can hardly leave their floating ship (the obvious source of their vantage point) for fear of a sneak attack from their opposite colored enemy. 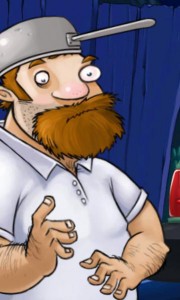 We're watching out for you, Dave.

The only one who has seen PvZ guy alive is Crazy Dave, and no one knows what the hell he is saying without subtitles which just don’t do well for in person conversations. Maybe we can get him on web conference. What’s his Skype handle?

I’m going to have to go with the PvZ guy as having serious potential relationship problems if for no other reason than once he defeats the zombie hordes, he’s going to be responsible for the collapse of the rest of human civilization. How, you ask? He’s created genetically superior plant species that, in addition to possessing massive self-defense capabilities (rendering them hazardous to any herbivores), are the very definition of an invasive species. Their spread will likely resemble that of kudzu in the south or the asian carp toward the Great Lakes, choking out all other plant life forms, collapsing the food chain and leaving the whole of human society (or at least those who aren’t phyto-mancers) to starve or be killed by cryo-peas. Even if some lady decides to shack up with him, it’ll be either a revenge plot for allowing her family and friends to be killed by evil super-plants or a way to feed herself until she learns his secrets and then shuffles him loose the mortal coil before establishing herself as Empress of Earth.

I dunno those plants seem pretty obedient, I’m just hoping that our savior does not turn into our next super villain. That type of instability also makes him a tough companion. It’s a shame, too, the guy had so much promise. On the other hand, Crazy Dave surely has a crazy lady back home right? I’m sure she understands him. He may be crazy, but he is helpful and seems to have a big heart. Go get em, Crazy Dave.

Justin S – Mario because that damn bitch is always in another castle
Benji M – Mother Brain. I mean seriously, who in their right mind (pun intended) would go for her?
Jeff H – GLaDOS – she feeds her significant others too much cake and then dumps them for getting fat.

It looks like the main characters in our game worlds aren’t the ones we really have to worry about. Sidekicks and little known characters have it much rougher than our protagonists. Life and relationships aren’t easy outside of the spotlight.