A simple definition of online passes

All things considered, and discounting some facts such as how they’re being used currently, this is how I would best describe online passes for consoles:

An online pass is a digital ticket to online multiplayer content. Online passes provide developers ongoing revenue from the sales of used games to support online content and environments.

It’s probably over-simplistic, but in a lot of ways isn’t that what gamers really want? We want to know what our money is going toward and why it’s necessary. We are buying these games for the right to engage with the content, and online passes should help us keep the online content coming at a high level. I know for my money, I would gladly shell out $10 if I know the servers will be reliable, the experience will be fun and I can play great games with my friends. I don’t want to be mislead into believing online passes are not going to something that ultimately benefits me, the customer.

The ideological reason for online passes

Developers and game producers typically say one thing: an online pass is meant to support online gaming environments. There’re a lot of different ways to make that statement. This could be to support servers, online patches or any variety of other answers.

Online passes primarily target one segment of the industry: used games. It’s a fairly common practice for gamers to purchase used games shortly after release at reduced rates. Before online passes, gamers would get instant access to the same content as those who purchased the games at release. Economics tells us developers and producers don’t get the same margin of sale and lose a little in the transaction.

The perception of online passes 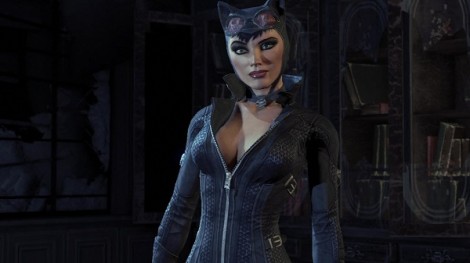 For only an online pass you can...

The most recent example of a questionable online pass is the Batman: Arkham City Catwoman online pass. This single player game does not use any online functionality beyond leader boards for challenges and downloading DLC. Unfortunately for Rocksteady, a number of gamers perceived the Catwoman part of the game as part of the storyline as well as nothing more than worth a DLC. Some game trophies and challenges require Catwoman as well. Even though the pass was free to new purchases, it seemed it was worth little more than DLC. Gamers who do not have online access will also miss out on the Catwoman portion of the story as well thus rendering approximately $10 of their $60 purchase a brick or lemon.

Moves like this do little to help slow the growing belief online passes do little more than go after more of the money in gamers’ pockets. 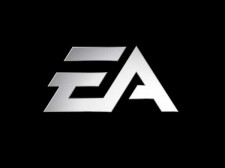 Mixed reactions as to how EA uses online passes

Even though the opinion is universally shared by all gamers, one gamer believed EA may actually have online passes right. Electronic Arts developed their online pass system for Madden, NCAA and a variety of sports games to require online passes to play online. This clearly separates the need for an online pass from the single player or local piece of the game. The online pass was only needed to participate in online matches and leader boards. This does encourage the adoption of new EA games to avoid the $10 charge for purchasing the game used. If gamers don’t have Internet access or do not wish to participate online they are not forced to miss components of the game.

It’s important to note online passes should not be confused with season passes that are becoming popular in handling DLC content for many recent popular games. I could probably create a part two to this discussion on just what a season pass is, but I will leave that out for now.

Online passes for consoles is a very inexact science. Downloadable content has been around for much longer on consoles, and unfortunately DLC is much like the wild west and confusing to boot. I dream that one day developers, producers and maybe a governing organization similar to ESRB will create a series of guidelines or rules to follow for online passes. Unfortunately, that time hasn’t come, and you must do your homework on the games you’re interested ahead of time. You need to know if games will require online passes and find out what those online passes actually will get you. This should be done on both new and used game purchases.

In Gaming We Trust – Video game industry issues as gamers see them.