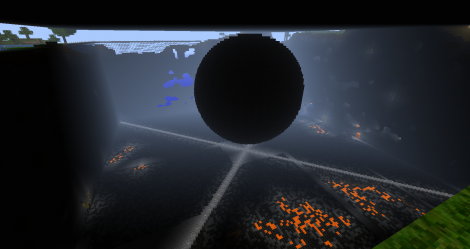 The world after Minecraft's Xbox 360 release

When the Minecraft infection first began, authorities were confident that they had contained the incredibly addicting open world building/mining  game to the PCs that it had all but overtaken. Then signs of Minecraft appeared on portable Apple products and eventually grew to proportions so large that an entire convention was set up to host the unfortunate souls that couldn’t escape its grasp. We’ve now received word that consoles, our last bastion of hope for protection against the ever-growing plague are showing signs of infection as well. The Apocalypse of 2012 has begun.

Those curious will be able to witness Minecraft in its latest form during the Las Vegas based convention known as MineCon, which is taking place Nov 18-19 of this year. Minecraft on consoles will be exclusive to the Xbox 360 when it is released in the Spring of 2012.

As one of the soul survivors of the initial Minecraft attack, I can tell you that these are scary times. That being said, my immune system has produced antibodies to combat Minecraft, so email me if you are unfortunate enough to catch Minecraft and I’ll send you a couple vials of my blood, though further medical facilitation needs to occur because I’m not sure whether you’re supposed to then drink my blood or inject it into your blood stream.