Battlefield 3 is coming out tomorrow and Modern Warfare 3 a few short weeks later, which makes the next month a huge deal for gamers everywhere. With the culmination of these events, we’ll finally know which of the two behemoths is the top dog of first person shooting. I’m going to predict that both will be well received and both will suck the free time out of millions of people for the next few months, resulting in a digital death toll that I assume will be somewhere in the billions. That number and its impact on the world of video games is my point of contention for this editorial cry for unity. 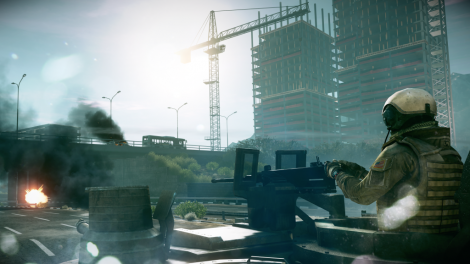 This is not a tank ride for peace

Person on person violence has had an incredibly devastating effect on the current state of the real world and it seems those lessons are being lost in the video games we love to play. Not only are we killing strangers that COULD be potential co-op buddies, we’re also killing our friends who’ve acted as co-op buddies many times in our past. All of this for what, an elite K/D ratio and a new gun attachment? I always thought it was interesting the ways in which man validated murder, but what’s happening in gaming has taken this to a new level. We’re not defending make believe countries, we’re killing for sport when our efforts could be put to much more important tasks. Look, I’m not going to beat around the bush, but the popularity of these military shooters has a two-fold impact on the war that we should really be focusing on, and that is the war against monsters.

There are more of them than there are of us

You may be saying to yourself “Ethan, this hasn’t been a problem in the past, what’s the big deal?” I agree, we’ve not had to worry about this situation because Battlefield and Call of Duty games had staggered release dates, but with the arrivals of both games so close together we’re leaving a hole in our defenses, a hole that can be taken advantage of by opportunistic creatures from the depths of hell or other horrible dimensions.

4 against a million, never good odds no matter how sweet your facial hair is

I recall when Call of Duty: Black Ops first came out and jumped to the top of the charts in a very short time. While I applaud Activision for their efforts, those of us knee-deep in Left for Dead 2 were struggling to keep our heads above water. Where once we had adequate anti-zombie team plowing through the ranks of the undead, we soon found ourselves relying heavily on AI allies and noob players that were forced into a conflict way before they were ready. I saw good men and women go down merely because of player opt outs with little more than a quick typing of the words “Gotta go, Black Ops”. The Necromorphs, one of the universe’s greatest threats, aren’t even on anyone’s radar anymore because of the lingering effects of competitive shooters, a situation that could spell doom by itself.

I’ll admit that I enjoy the occasional round of Modern Warfare 2 or Bad Company 2, but that’s only after my monster destroying responsibilities have been completed and I feel confident that the troops taking down giant bugs in Lost Planet or Earth Defense Force have the back up they need to get the job done right. Even then, I spend quite a bit of my time scanning the webernet for new monster themed games or monster themed games I may have missed in order to have a solid understanding of the games I may be called in to assist with should things get dicey. I don’t want a pat on the back, it’s basically what I was destined to do, but it concerns me that I may be one of the very few left on the battlefield once November 8th has come and gone. 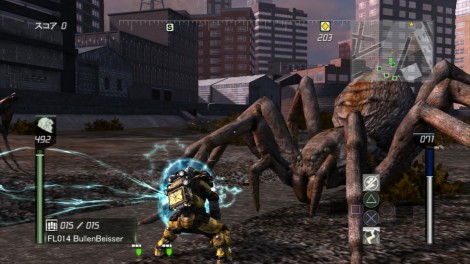 I mean, has anyone even picked up Dungeon Defenders or Orcs Must Die Yet? Without our dungeons being defended and the Orcs dead, the odds continue to grow in evil’s favor. I bet that a lot of you don’t even know that Trenched/Iron Brigade has some DLC coming out? These games are our first line of defense against monsters and without the varied assortment of towers they are known for, bad things are going to break through to worlds that are ill prepared for dark creatures. I’m afraid that the Minecrafters are going to have to pick up the slack somewhere (no FPS can distract them) thus preventing them from putting their efforts into building beautiful mock ups of both real world and fantasy locations, a task already complicated by their own struggle with zombies, spiders and explosive Creeps. Let’s not even get into Horde 2.0 for Gears of War 3, luckily the sheen hasn’t worn off of that game yet because I can’t imagine what would happen if gamers stopped playing.

This guy is too cute to die, get off your butt and help!

Look people, Kelflings are going to die, low level Terraria players are going to be forced into hiding and Kinectimals will be consumed as their shocked owners look on in horror. Do you really want that on your conscience?! I’m not suggesting that you ignore two blockbuster titles, but is it too much to ask for you to consider splitting time between shooting at your friends and eradicating the things that go bump in the night?

I’m not trying to frighten anyone, but we’re a week away from Halloween, the time of the year that monsters are the most powerful and yet we have very few gamers willing to take up the cause and keep gaming safe for generations to come. At the end of the day, people can be reasoned with but monsters, zombies, bad skeleton warriors, blobs and other evil entities just want our blood (or bones) to use as a spread for their toast (which is also made from our blood and bones).

If you have any questions on how you can contribute to the “Let’s Snap Some Monster Necks” campaign, email me at wizardtrain187 [at] horriblenight.com.