In this week’s REPLY TO ALL we are going to do something a little bit different. Instead of having 5 different people give their thoughts on the topic, it’s just going to be myself and JDevL. This will be a regular thing we mix in every once in awhile with different people. Feel free to add your own comments below and join in on this week’s topic: This is what Blur and Facebook look like together.

I’m getting tired of everything integrating into Facebook. I understand that there are millions of users of the social networking site and I admit to being one of them. But do I need to know your achievements/trophies, or getting challenged to races on the site? If you are a gaming friend of mine on Facebook, more likely than not, you are a friend of mine on PSN or Xbox Live. It seems like a bit of redundancy to post your game stuff everywhere. How quick will people who don’t want to know about your gaming abilities, hide your updates? I’d block it to. I just think the whole social networking/gaming link is getting out of control. 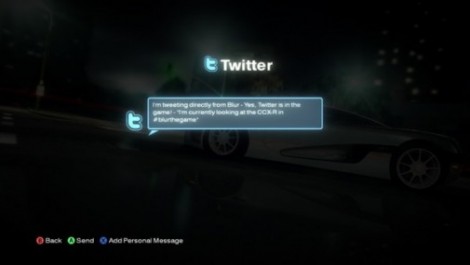 Getting out of control? It’s just getting started. I’m trying to picture a scenario where this is useful or interesting. It flat out cannot work in the current version of Facebook. Facebook is just too broad, it’s a place where I connect with all of my friends and recently, family. The percentage of people who would even remotely care about my status on a game is entirely too small to warrant posting about it. Now, if I could post to a specific group of my friends, or to a specific page on Facebook, I could see that being useful. Kind of how I separated my personal Twitter account from my gaming Twitter account. I don’t mind bombarding my followers with all of my random gaming thoughts on my @HorribleJDevL account. Even then, though, I made one post from Blur to my gaming Twitter account and don’t plan on doing it again until I have more followers/friends that I’m actively playing the game with to brag against. Maybe Blur and other games are just trying to get us to stop using Facebook and Twitter by allowing us to spam our friends though, maybe that will make us play the games more.

Do we need something to get us to play games more? Facebook and Twitter usually just distract me from playing games not help me. What if Facebook splintered off into more specific social networks instead of being a place where all your friends can see what you’re up to? Would a specific gaming Facebook work? It seems like some popular gaming websites have strong communities within them so “gamebook” might not work. How many people who play games don’t turn to the internet for gaming related content? How many of those people use Facebook? I personally follow a lot of gaming sites on both Twitter and Facebook so I am of the crowd that would be interested in such a place. It will be interesting to see where these turn of events will take us in the near future. But I must warn the studios and developers of the possible backlash that might occur. 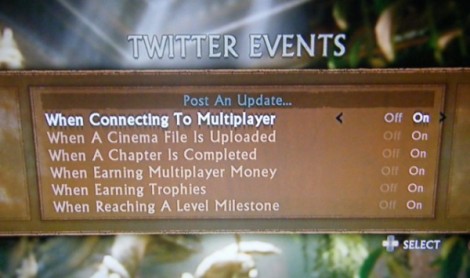 That’s what I’ve been trying to use sites like 360voice.com and Giant Bomb for. What really needs to happen is that there need to be more alerts built into Xbox Live and PSN. Send me a message to my dashboard inbox AND to my email account notifying me when a friend has played a game I own for the first time. Let them send me achievement notfications and trash talk easier, but don’t rely on me to only get the message when I’m online on my system. When I’m offline, I want notified so I know to go jump in NOW. Twitter and Facebook are not the routes to engage me, but they may engage more casual gamers. Developers need to invest in the real gamers not the casual ones, we are the ones that will spend the money to stay engaged with our gaming friends in useful ways.

I have had to resort to using the phone (gasp!) to get people organized to play online. I agree the email notification would work especially since many people have smart phones on them at all times. 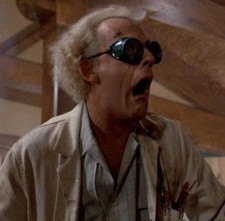 This is completely necessary!

If I’m just channel surfing and I get an emailletting me know that there are people online wanting to play, you better believe I’m turning on my console to go play. Justin has mentioned on The Horrible Show that he only likes playing online with friends and not randoms. With friends living all over the country, it’s hard to all be online at the same time. The email notification is a great idea and I’m surprised that Sony and Microsoft haven’t integrated it.

Sometimes I forget I even have a phone to be able to organize people. It just isn’t convenient. If they aren’t on their account when I’m on, they seem dead to me, so they definitely need to open that up and make it easier to contact them offline. Of course, that may not solve the problem of being across the country, but I think California should just suck it up and live on Eastern Standard Time. Until then though, maybe Microsoft and Sony will figure it out, while the other follows suit. It seems like the infrastructure is there with Xbox Live, but MS is still too closed with allowing access to its data. If you’ve played with any of the Xbox Live iPhone apps, you know what I mean. Sony on the other hand, I’m not sure has the hooks built in based on how hard it is to access trophy info. We want more access to our gamer friends, and Giant Bomb seems to be the only one that realizes it.

Neither Justin nor I are excited about Twitter and Facebook integration. However, we do believe there is a possible option out there. Microsoft and Sony just need to figure out the best way to do it for their consoles. In the meantime, GiantBomb is the shit.

2 Comments → REPLY TO ALL: You Got Your Facebook In My Game