I must be getting old. My 5 year-old son wears me out. Not just because he’s got much more energy than I can even come close to having, but because his young imagination is taking the world by storm and is fueled by a common interest – video games. Sometimes I sit in awe as I listen to a sequence of events from a game told in his own words. The simplest of actions seem as epic as Luke Skywalker and the destruction of the Death Star. I’m talking a big deal. To him, video games tell a story in ways his children’s books could never accomplish. They also allow him to make connections to things that I wouldn’t even consider.  I need to find a way to capture that energy and turn it into a strength. 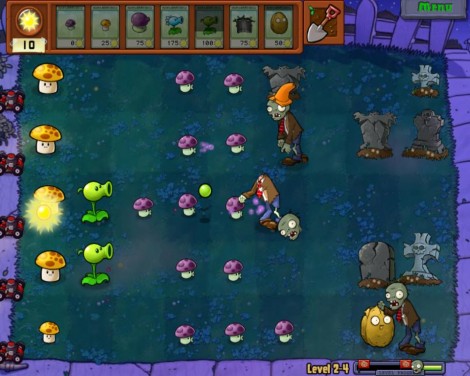 Can you train too much when your home is at stake?

The challenge I’m faced with is helping him find a balance between video games, gaming worlds and real life. He’s five. The things that interest him most become his entire universe. We limit his playing time to roughly 45 to 60 minutes per day on his Nintendo DS. This is plenty for his age. We let him have more on weekends, special occasions and car rides, but we feel that keeping a consistent amount every day will make it easier when he transitions to school. The root of the challenge is he takes his games “offline” into his daily activities. He picks up an old cell phone of ours that we let the kids use as a toy and pretends he’s playing Plants vs. Zombies on it. He’ll tell me all about the plants he’s using and the zombies he’s facing. He even creates new zombies with new strengths that challenge his plants in different ways. There’s the balance that I bring up. Is this an okay behavior?

Don’t want to overdo it

I love video games as much as the next guy, but I don’t want him to talk only about video games and make games up about the video games he plays. Or do I? Where’s the harm in him using his imagination at the point he turns off the glowing screen of awesome? I don’t want to discourage him from using imagination or being involved in gaming, but I know the risk and stereotypes he’s dangerously close to meeting. I don’t want his school life to be difficult because other parents, teachers and children refuse to relate to gamers and want to treat them differently (it happens to everyone at some point that play games). I am constantly struggling with the father in me to ask him to pull back from his sometimes over-the-top stories and actions based on a video game, and the gamer side of me that is so amazed by how his imagination allows him to carry a game much further in his mind.

When I was younger, I remember playing Dungeons & Dragons and trying to create my own spin-off games that I called “paper games”. At that age, I couldn’t fathom the time it took to put together the rules, the mythology and all the other work  that goes into creating a game; however, it was something I loved to do and did often. I think for two years I had a new paper game about every two months. So what can I do to guide him to harness all that energy?

Giving him the proper outlet

Not every second of every day is the time to talk about video games (although that would be the dream). We try to shape the time he can be vocal about video games during his play sessions and during “play time.” These opportunities give us the chances to get him to think critically about the video games that pique his interests. We challenge him with questions like, “Why does the tall nut stop the pogo stick zombie?” It may seem trivial to some, but it gives him the chance to understand the mechanics of the game. 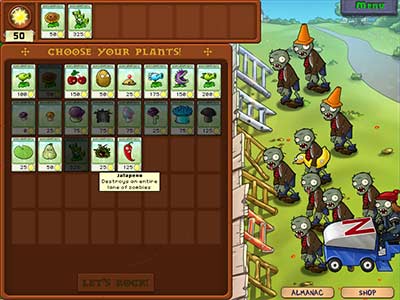 Finding education in these circumstances is beneficial

The other day we spent time together, and he asked if we could play a version of “Plants vs. Zombies.” He has a toy gun that has a sliding mechanism which allows it to move back when pushed or pulled. He put it on the floor and hopped toward me. The gun sounded very much like a pogo stick. It was my job to “plant” something to stop him. I put a tall nut on the floor followed by a peashooter. Then I won. He then created his own zombie which had the ability to create tombstones. I had to combine my efforts to destroy the tombstones and beat the zombie.

In his mind, this is all innocent. He’s already expressed interest in learning how to create video games. It’s awfully early in his life to choose a profession, but he has an interest. To harness his imagination on video games, we give it structure and challenge him to think critically about what he sees and hears. This has given him the ability to learn techniques, understand reasoning behind the mechanics of games and put that knowledge toward creating new games in the spur of the moment.

Not a perfect formula

I’m still learning what works and what doesn’t. Every child is different. My son loves structure and he often finds ways to make things work within those constraints. I don’t know if this will help you when talking to your children about video games, but I challenge you to understand it’s just like reading books, watching movies or television shows. Your child may have interests in video games you may not share,  or in my case, you may share but you want your child to be well-rounded and versed in other subjects. The trick is to create an outlet to talk about games, think about games and think about the lessons learned or how to apply them in other areas.

1 Comment → Think of the Children: Harnessing the Imagination of a 5 Year-old Gamer