Downloadable titles tend to slip through the cracks when it comes to showing up on typical release date calendars, particularly with Mega Release Fall (Ethan hasn’t actually copyrighted that…yet.) I tried out four recent titles over the last two weeks and, after my play period with them, two are worth your time, one might be and one definitely isn’t. 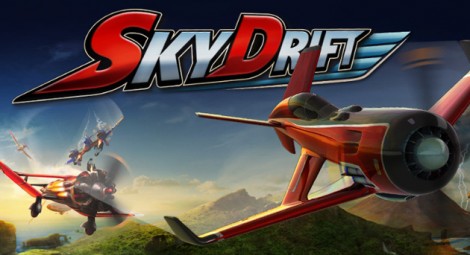 Alright, I’ll admit, it’s almost like this game was tailored for the people who grew up playing games like Turbo Outrun, Pilotwings 64, and Twisted Metal, but unless you’re a MMO/RPG/Strategy-only gamer, SkyDrift is a lot of fun.  There’s no story line to get wrapped up in, there are no compelling characters and there are no photorealistic graphics (although it is a pretty game). There are, on the other hand, ridiculous looking planes, some extremely absurd race courses, your basic power-ups (if it ain’t broke…) and a high level of “just five more minutes!” If you want to know why it’s garnered so much of my play time lately (especially with Gears of War 3 out and clamoring for my attention) it’s that last factor. As you progress through the single player “campaign” (a mix of fly-through-the-rings, last-man-standing and normal racing…with missiles) some of the courses are punishing, but at no time did I feel like the game was broken. If I just matched the right plane for the course, made that last turn or made sure to set a powered up mine in that cavern to trap my competitors, I’d get the gold. SkyDrift is a game that knows exactly what it is and for that, I commend it. It’s fun, it’s challenging and I’m pretty sure the online mode is going to be just as fun. SkyDrift is 1200 points (AKA $15 US) on XBLA as well as PC and the PSN.

You ever get that urge to just slam the car next to you into the guard rail on your commute? No? Maybe it's just me...

If you’ve been with the site for a while, you know that the Burnout series has a hallowed place in my gaming history: Burnout 2 for the PS2 is my favorite group gaming moment, so when I heard that Criterion was releasing a top-down “crash mode” only version of my favorite over-the-top racer, I had to bite my cheek pretty hard to keep from exploding into full Troll-Rage mode. Having downloaded and played it, I’m glad I did. Don’t get me wrong – I still want a full-on Burnout game where I control the car from a 1st person perspective, but Burnout Crash! did a nice job of whetting my appetite for wanton destruction. Although it feels a little Micro-Machiney (like Matchbox cars, but smaller, kids), the crashbreaker + aftertouch + planning your mayhem mechanism is still tons of fun, particularly with the addition of map-specific hazards and bonuses. And…let’s face it – crash mode is what was going on in your head when you were playing with cars when you were a kid, anyway. With 3 modes on top of friend-score tracking and a multiplayer function, Burnout Crash! may not be the Burnout I was waiting for, but I think it has the potential to be a party-favorite (and potentially wife/girlfriend friendly). Available for 800 points / $10 US on XBLA as well as iPhone, iPad and the PSN. 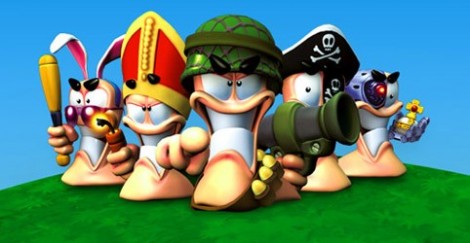 Let’s face it – when you have a bunch of games in your queue and one of them doesn’t grab you right away, you’re going to move on and try the other ones out, especially if the new game doesn’t live up to the high standards you developed as a result of its predecessors. Worms: Ultimate Mayhem fell victim to that and, as a result, this little write up is the result of some limited (read: between 30 minutes and an hour) of gameplay. The fine folks at Team17 decided to branch out and take their annelidian combatants into three dimensions with what I’d call mixed results.  Medium length story short: The worms look good in 3D and the game has potential (it sticks to the old formulas that keep Armageddon in the perennial party-game roster). Unfortunately, it seems to have a pretty steep learning curve and suffers from some interface issues that pop up solely because it’s in 3D. I’ve been playing the Worms games for a long time, so I’ve gotten decent at timing my grenade fuses and dealing with wind-versus-power-and-arc on my bazooka, but Worms: Ultimate Mayhem has made figuring that out in three dimensions extraordinarily difficult. There’s no reticle to judge where you’re aiming with your bazooka and, while that wasn’t a convention from the other games, when you have to deal with X, Y and Z axes, it becomes necessary; while showing the actual arc path of the grenade toss kind of takes the skill out of being a master at timing, there has to be some kind of middle ground. I don’t want to make this sound like a bad game – it’s not, and because I’m hard headed, I’m going to try and figure everything out and get more skilled. If you’re a hard-core Worms fan and have a strong work ethic, I’d check it out. If you’re new to the franchise, though, do yourself a favor: pick up Armageddon and don’t sour yourself on a great series. Available for 1200 points on XBLA as well as PC and the PSN. 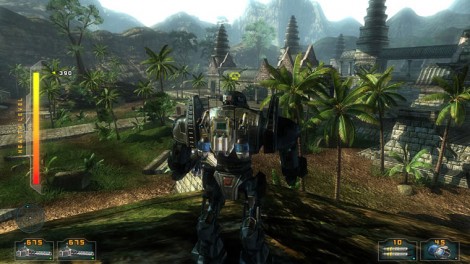 I know it looks like Optimus Prime, but it's actually Defectimus Inferior

Look, I’m going to keep this short. War World is a port from a PC- based mech arena combat game, which got me all fired up. I love mech games. I love the pondering tanks with missiles and lasers and chainguns; I love the tactics that allow smaller mechs to hose bigger ones by using their agility; I love getting into a massive combat mech that’s a walking battleship but had better take full advantage of its array of weaponry if it doesn’t want to end up taken apart piece by piece by faster opponents. Whether it’s due to its age or the original just wasn’t that good, I don’t know, but War World is not good. You feel like your mechs are floating like you’re in an on-rails level of some shooter on the PS1. It’s not good looking, the sound design is flat and the weapons’ effects are understated in a bad way – a mech game should have some level of Michael Bay in it. If you don’t believe me, don’t say I didn’t warn you. 400 points / $5 on XBLA.