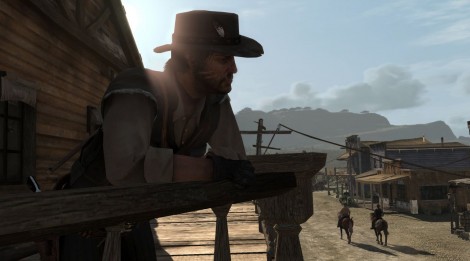 Game purchases aren’t to be taken lightly. We all know they are expensive investments in both time and money. I am very outspoken when I’ve made a confident decision about whether or not I will be buying a game. Red Dead Redemption (RDR) was a game that I was proud to tout that I had decided early on that I would not be interested buying it. Nothing could change my opinion. That is until I bought it last week.

So what happened? Let’s examine my original reasons and why they all crumbled.

Grand Theft Auto is a milestone series multiple times over for Rockstar Games, and Grand Theft Auto III is one of the greatest gaming experiences of my entire life. However, I grew bored of the sequels after playing so much of III. I fought purchasing GTA IV, but eventually gave in only to find the game even less interesting than I feared. I vowed not to repeat my mistake, even though I knew Red Dead Redemption would be tempting.

Sure, the structure of RDR is that of GTA IV with side missions, random jobs, story missions, and a big open world to explore. I underestimated how engaging this new setting would be. It all feels new again, and I prefer cowboys to gangsters. At one time, there was something I loved about the GTA structure and freedoms, and RDR’s new setting allows that to flourish once again.

Would you rather Just Cause chaos?

My tastes have evolved since GTA III, I preferred inFamous, Crackdown, and Just Cause 2 to the the grounded-in-realism world of GTA games. At first glance RDR looks to be even more grounded and restricted by reality with its turn of the century technology and beasts of burden. How could this hold my attention when I crave superhero powers, superhuman strength, and ridiculous explosions?

All I want to do is hunt. I am fascinated by the wildlife and depth of RDR’s world. It’s not to say that I haven’t enjoyed the missions in RDR, I really have, but I have gotten lost for hours just wandering the countryside. They could turn this game into Oregon Trail 2k10 and have it only focus on hunting for survival and I’d feel my purchase was justified at this point. Hunting bears with knives trumps blowing up buildings. I’m floored by this realization, but can’t wait to mozy out of town the next chance I get.

Let’s face it, even in GTA III, I never really cared about the characters. I was so distracted by the action it never bothered me, but by the time GTA IV came around I was just annoyed by my complete disinterest in Niko. I pretty much disliked the character and had no reason to help or hurt him through my actions. The people around him annoyed me even further, and their individual stereotypes that were meant to be humorous ended up making me hate everyone in the gameworld. So even if the setting was fresh in RDR, I was certain the characters and story would pull me away from the fun.

First of all, John Marston, your character, is actually a decent guy for once. Sure he has a rough past, but the second I realized I couldn’t pick up a whore if I wanted to, I knew this game was a bit different. I like everything about John’s character at the moment, and enjoy helping out the first few people that dole out your missions. I’m sure the twists are coming, but I’m invested in this world to the point where I’m not aimlessly terrorizing it. I have no desire to, I want to be this character. This is powerful stuff.

Aside from that, I’ve even found myself laughing at the stereotypical characters. I’ve never felt like I’m in on Rockstar’s jokes in previous games, but I feel a certain level of understanding in this world they have created. I can’t wait to uncover more characters to hate, to love, to save, and to drag behind my horse.

All good things come to an end. Rockstar was due for a failure. Others have tried to make wild west games recently, and they have only succeeded in boring the gamers who play them. It wouldn’t be RDR’s fault, but the setting just wouldn’t hold up. Word would get out that it’s only fun for a few hours, and it would be a bargain bin pickup soon enough. No reason to waste my time, I thought.

Look at those reviews. Look at those sales. Look at everyone around talking about this game and playing it nonstop. I honestly felt silly playing the games I was while everyone else seemed to be enjoying one of the assured best games of the year. There had to be something I was missing. I had too dig too far and too deep to find people complaining about RDR. Even the glitches were fun, how many games can say that? 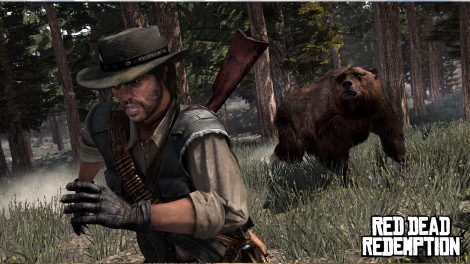 I have too many games to play

Looking at all the games that came out around RDR, and the unopened games that I owned before the month started, there was no way I would have enough time to give RDR a fair chance. Even if I wanted to, it just could not be a priority.

Well, I finished my major story game of the month quicker than I anticipated. I found myself left with racing games that I enjoy in short bursts, and I needed a larger game experience. I started looking to my unopened games when a friend of mine came into town. I love to show new games to people for the first time, and he was about to start his residency as a doctor so it had to be something unique. It was the final push I needed to buy RDR as I knew this new wild west would blow both of us away.

I was gonna get it anyway

In my brief time with RDR, I can already say my purchase is more than justified. This is truly a great game that I am proud to own and defend more strongly than my original convictions against it. Now my only question is, will this hold up to be my game of the year? And will I stop hunting from on top of a train for long enough to give another game a fair shot?