It’s been a ridiculous fall so far and it keeps getting worse. But enough about this year. What Mega Release Holidays Season or Seasons stand out to you the most? Whether it was a console release or just a killer combination of games, which years were the best years and why? 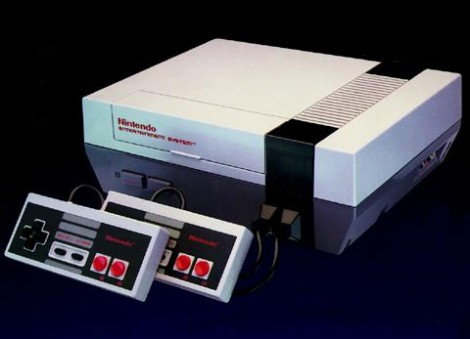 This started it all for many of us.

I will always remember the Christmas that I got my NES (I think it was 1986). I begged and begged my parents to get us one, and I may have shit my pants when my dad brought us the Nintendo out of his bedroom. That day was one of the happiest of my childhood. At the time I had no idea the implications of the purchase, but I think I turned out just fine (despite what CNN thinks). The funniest part of that Christmas what that I beat Mario in about two weeks and my mom was PISSED! We eventually set out to Toys-R-Us. My mom ended up convincing me to buy The Legend of Zelda. Her selling point was that there were multiple screens in the game. It is funny to think now that the amount of screens was cutting edge in 1986, but it is one of the reasons I love games that are well over 40 hours long. I can thank Final Fantasy for that one as well. Which coincidentally I saved up after my birthday and Christmas to buy that game and the Nintendo Power strategy guide. Nothing beat the holiday season as a kid. The anticipation of trying to find out what was under wrapping paper was the best.

For me it was definitely Christmas of ’89. I was 8 years old and I unwrapped the original Game Boy. This was huge because it was actually the first game system of any kind that I got fairly close to when it released. My grandma also got me a copy of Super Mario Land to go with it so I was set. I played the hell out of both of those games. This was also the start of getting in trouble many times for playing video games instead of doing chores. It could be described as a major milestone in my life. 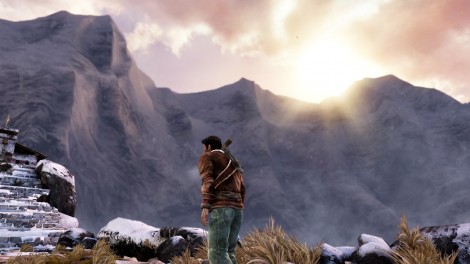 I dig nostalgia is nice. I fondly remember a similar story to JP’s around my NES Christmas, and I never thought Coop would be excited by a mobile system so it’s cool to see his roots. But I want to take you all on a ride, all the way back to 2009. My most recent surprise holiday season because it came out of nowhere. My top 3 games were 2 new franchises and a franchise I had never played before. With Uncharted 2 and Batman: Arkham Asylum you can understand why I’m so excited about this holiday season. The third game on the list, Borderlands, kicked off the fall for me and all of the games managed to defy my expectations to be truly great. For a holiday season that I was really down on when it was beginning, it turned out to be full of awesome.

Let me tell you the story of a little boy, age 4, who was awoken by his older brother on the morning of Christmas. This little boy snuck to the Christmas tree to find a large box set in the middle of the room with a bow much too big for said box. The boy’s older brother said, “That’s it. We’re getting our Nintendo!” The 4 year old boy’s eyes gleamed as bright as solid gold in the California sun.

The children ran upstairs to their parents’ room to announce that Christmas had come. They praised Santa in all his giving glory that the presents had come. The parents begrudgingly climbed out of bed (it was like 6 am you know) and came down stairs to witness the cannibalistic nature of two young children on Christmas morning. 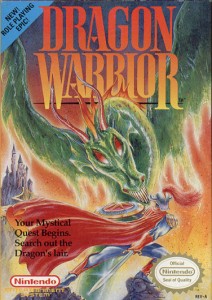 Those two children opened all their gifts before the big box. When they opened the box, angels sang, and they held a Nintendo Entertainment System high in the air. They quickly noticed how RBI Baseball and Dragon Warrior was provided by the jolly fat man.

Those boys ran to the front room to plug the NES in. When the 8 bit glory spread its wings on the tv screen, the children cheered with glee. That 4 year old boy, was me. That moment, shaped the rest of my gaming life. The end. Please pay your royalties to H21, Inc. Thank you.

You know, if Boris Karloff narrated that we might have a Christmas cash cow.

To be honest this season (and the build up to Fallout 3) were my most anticipated since my childhood years. Granted the year my wife got me my 360 was awesome. I think a big reason I ignored release seasons was because I habitually rented games from 8 to about 23. I didn’t own a lot of games back in the day. I guess these days I’m just 31 going on 13 based on how giddy I get on major launch dates.

I’m right there with you JP. Although I’m younger and more rambunctious.

Christmas…happiness…smiles…NONE OF THAT IN MY LIFE!!! Only darkness…sorrow…pain. LOL JK LMFAO. Christmas is freaking great! Even though I should have been feeling bad for those kids that didn’t get much, it was tough when I walked down stairs at the age of like 8 and saw our first personal computer! Sorry poor people, but I gots to get my Kings Quest IV on! Man that was exciting, especially because an interest in seeing girls naked had set in and I desperately tried to type in “Take Off Clothes” in the command box that the game used to make Rosella interact with the environment. Maybe not the most PC Christmas story, though I did get a PC during this Christmas story and it was bonerific!

My favorite holiday release year had to be 1998. I, like many of you, had a subscription to Nintendo Power and preordered my copy of The Legend of Zelda: Ocarina of Time. Yeah that’s right. I got the gold cartridge. That makes me ten times better than those people out there who were just rocking the gray one. My favorite holiday has always been Thanksgiving and that year it was no different. The game was released to stores on a Monday but I didn’t get my copy until Wednesday. Just in time for the Thanksgiving holiday break. I normally take my time with my food and savor the hours that I spend gorging myself on the feast, but that year I could hardly be bothered. Zelda was on my mind, and I wanted nothing to do with any family that weekend. Too bad I couldn’t get away with that now. Or can I? 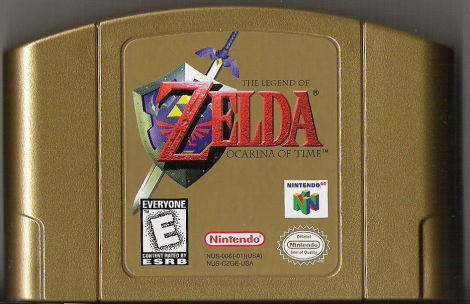 You snooze, you lose.

I suppose it should say something that I don’t have a single holiday-related gaming memory that is A) Pleasant; and B) involving my parents. (Games came from Gramma or from Grampa & Nana, never from mom and dad) Which is why I was so deprived and didn’t have an NES. However, as far as Mega Release Seasons go, I think that, hands down, the biggest release for me was Rogue Squadron for the Nintendo64 that “recommended” the memory expansion chip – I got both for Christmas that year. I played the crap out of that game and got gold medals on all of the levels except for one: the one with the snow-speeders on the prison planet. I think that there were a couple of dudes missing so that you couldn’t get the 100% kill requirement.

I had another good Christmas some years later when both my brother and I got GameCubes (I think this was from “Santa,” which means mom and dad are partially excused from #EPICFAIL-ing) and I got Metroid: Prime…which I promptly started playing on one TV while my brother got into…something else. Probably Ocarina of Time. Whatever.

1 Comment → REPLY TO ALL: The Memories of Christmas Past