Like the other guys, I’m very lucky to be in a relationship with someone who tolerates the amount of time I spend either playing video games or writing/talking about them. And like a lot of… non-traditional gamers, my fiance plays some casual games on her iPad (yes, I’m marrying an Apple-user) every once in a while, but with the exception of a few rounds of Kinect Adventures!, never really seemed to get into traditional games with the exception of The Sims on her iPad. Then, she ordered The Sims 3 for her laptop. And things changed. She got it installed and came over; I was cooking dinner and watching TV. Except for when we ate, she was hooked. The next day, she apologized for ignoring me and when I laughed and told her it was completely alright, she was like, “But now I get it! I really do!” And I think she does…because she lost about 4 hours the other night without noticing how much time had gone by. When I heard that, I knew I had to ask what in the world had so gotten her attention about The Sims 3. 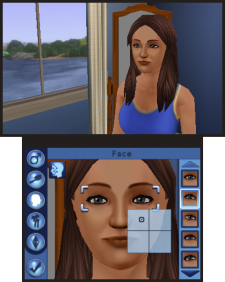 I've heard that the blonde one is more fun to play with.

What did you think of The Sims 3 when you first saw it?

I think that I saw commercials for The Sims for years and I wanted to see if there was an app for it for my iPad when I got it. And there was. So then, I decided to purchase The Sims for my laptop primarily because I needed a game to play. I needed a game to play because my fiance was able to get out of wedding-planning-related duties because of his video game interests, so I figured that I also needed a game to become obsessed with so that I, too, could use that as an excuse. Then, the next time someone would remind me to do something for the wedding, I could simply say, “I am sorry, but I am far too busy and important playing this game to be bothered with the florist right now,” especially because, in all honesty, at this point in the game, I do care a lot more about my Sims than flowers. I chose this game because I had some exposure to The Sims on my iPad. However, I soon discovered that the characters in the iPad version were not as complex as the characters on the computer/PC version that I kept hearing about, and I soon grew bored with the game and how quickly I could master the different careers, convince every character to sleep with me, etc.

How long did it take you to like The Sims 3 enough to keep playing it? First time? A week? A month?

The first time I played it, I was hooked and kept going back for more. 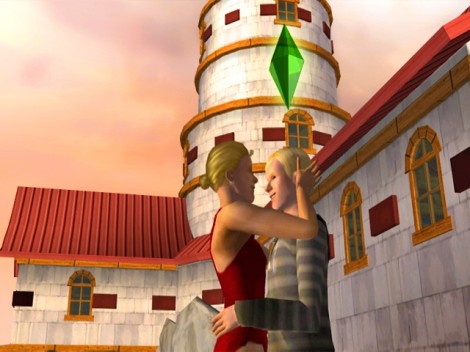 What makes you go back to The Sims 3?

The drama! Just like The Real Housewives or Jersey Shore, the drama makes me go back. But in this game, I am directly involved in the drama,  I even get to create it and there are no real-life consequences! I try to create really ridiculous situations, for instance, my main character just had a baby with her husband (who is ugly, says Justin), but she is also really busy trying to get cozy with their roommate, who is unemployed and he does nothing but cook disgusting waffles all day long. And then last night when I was playing, someone threw a party at the house, and in the middle of the night, one of the drunken guests comes up and starts cuddling the newborn baby, and he is wearing nothing but his swimsuit. My main character walked in on this inappropriate behavior and walked up to him and smacked him across the face. It was AWESOME. Additionally, separate from the drama, there are actual real goals that can be completed, like advancements and raises at work, becoming the boss, winning an eating contest–you can decide what to focus on, so there is something for everyone–there are both fun and serious qualities.

Wait. Are Husbands disposable in this game? And by “disposable,” I don’t necessarily mean “Can you kill them and disappear the body”?

Yes. Well, I have not disposed of any in this computer version (yet), but I definitely did in the iPad version. Husbands and wives.

Should I be worried?

Phew. I love you.

I love you too.

How would you describe The Sims 3 to a friend in order to get them to play it? 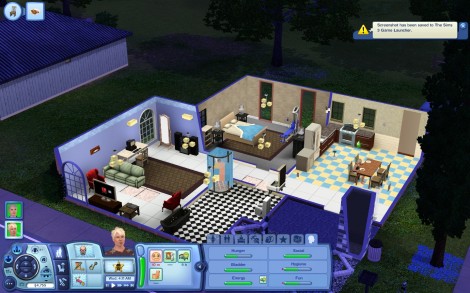 Just because you CAN doesn't mean that you SHOULD.

I would say that you can really make it into anything that you want, that is what’s appealing about the game. You can choose the qualities of your character, so if you want them to be ambitious and focus on school or their career, you can do that. If you want to make your character evil and have them focus on destroying the lives of others, that is also an option. There are many many different ways to play the game, and it’s nice that you can choose your own adventures.

Games of Our Wives – From time to time, our significant others pick up a game that we may or may not fully understand. We ask them about it to find out more, so we can try to trick them into playing another one.