One of my most underrated experiences on the PS2 was the month I spent living out my thug life dreams in Def Jam: Fight for NY. The presentation layer of the game made me strangely invested in my created character. For some reason I got a huge kick out of pimping out my wardrobe and found myself strangely invested in my little D Reign and his quest for revenge. Beyond the setting and the ridiculous line up of hip hop stars and related celebrities, Fight for NY was an engrossing fighting game. The huge character list displayed a range of fighting styles and tremendous knockout moves. I often found myself hollering along with the crowd as I destroyed my opponents. The game controlled brilliantly as it featured a simplified version of the AKI fighting engine from my favorite wrestling games from the WCW/NWO Nintendo 64 era Even though Eminem wasn’t in the game and if you’ll excuse the pun, it is very easy to “lose yourself” in Fight for NY. 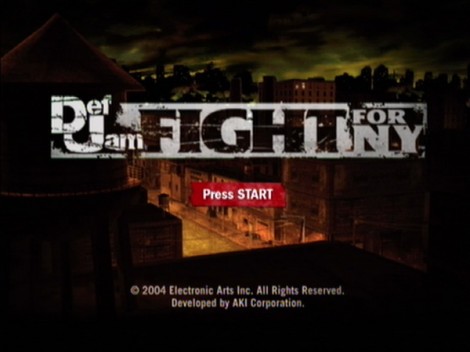 EA has produced 3 Def Jam fighting games. Vendetta was more of an experiment that Fight for NY brilliantly refined. Yet, the more recent Def Jam: Icon I found bloated and unplayable, thanks in part to Icon being developed by a different team, dropping the AKI engine and featuring more traditional one-on-one bouts that incorporated a flawed rhythm mechanic. Recently, we’ve found ourselves in a fighting game revival, so it’s time to build a proper sequel to Fight for NY and I think I’ve found a killer combo of features to make the game standout.

Let’s get the obvious out of the way: a new Def Jam fighting game has to have at least the same size roster as Fight for NY and build from there. More celebrities, new musicians…and let’s throw in some athletes as well, because there is a lot of culture crossover between those three groups. I would recommend staying away from including real MMA, wrestlers, or boxers into our Def Jam ring. That’s where my escapism into this world draws the line. Story wise, I had no complaints with how Fight for NY was organized, so give us another ridiculous revenge plot where characters take sides. Let me create my own character (with plenty of sponsored customization) and let me decide who my character is allied with. Adjust the plot and fights/tournament to support more story choices and move the story to a new city like Vegas or L.A. Finally, take a few cues from the recent Mortal Kombat release to flesh out more game/arcade modes, and make sure that online code is as tight as possible for online play. 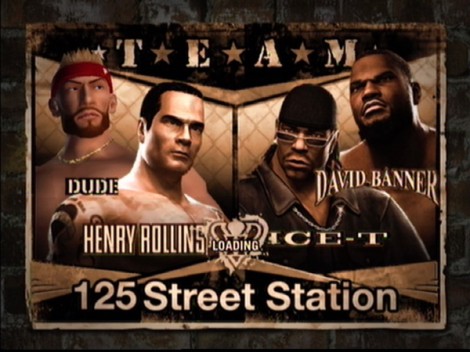 I will get to the fighting mechanics later, but this new Def Jam fighting game needs to be simple to play and hard to master. Find that fighting sweet spot, but don’t over do it with game breaking weapons, guns or unbeatable moves by unique characters. Every character should be cut from the same archetype; let their attitude and finishing moves be the difference makers. Balance will be the key to keep the game not only fun, but to make it seem realistic when Lil Wayne beats down Shaq with his bare hands. We also need to get Def Jam back to allowing group fighting, especially as your character builds up a posse. 4 player was nice in Fight for NY, but let’s get a larger environment (as interactive as possible of course) to support even 4-on-4 fights.

Now, we come across the make or break feature: the fighting mechanics. It’s no secret that I love AKI’s engine, which was founded on a branching combo structure between light/heavy grabs and attacks along with a brilliant counter-attack system. The engine is still around as it was actually used recently in WWE All Stars, but I think there is room to incorporate the balance of the AKI system with something a bit more fitting of the Def Jam universe. Def Jam: Icon was headed in the right direction as music and rhythm need to work its way into the fights themselves. Unfortunately, the AKI engine is a bit methodical so that won’t work on its own. However, there is a brilliant fighting system out there that has yet to be applied to a pure fighting game. Anyone who has played the challenge rooms in Rocksteady’s Batman: Arkham Asylum should be nodding their heads right about now.

Arkham Asylum was a revelation in superhero fighting mechanics. The most amazing thing is that when you really got on a roll and were pulling off combos non-stop, the button presses actually equated more to those of a rhythm game. While the mechanics will have to be tweaked to make them work with a balanced fight (hopefully by applying a satisfying and rhythm based counter attack system) I think the foundation for a greating fighting experience is there. This would allow the new Def Jam fighting game to stand apart from other 2D, plane-based fighting games and incorporate more group fighting in interactive environments. Even without the rhythm component, it should be satisfying to play, but finding a way to fight your way to victory along with your character’s soundtrack would tie it brilliantly to the Def Jam universe and make for a truly unique fighting game. 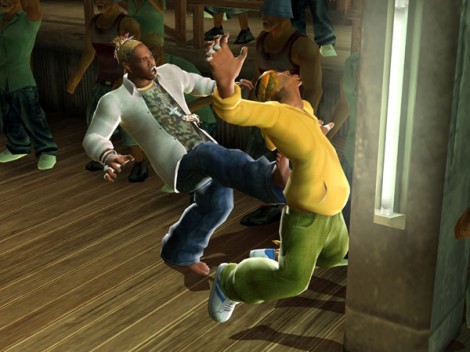 Sure, the logistics get really tricky from here, but let me lay out my dream team to make this happen. We’ve, of course, got AKI Corporation working with Rocksteady on the fighting engine, but the creative team gets even more complicated. As Josh Holmes, who was the creative lead behind a lot of the EA Big franchises including Def Jam: Vendetta and Fight for NY is kind of busy with Halo 4 at 343 Industries. Plus 343 is owned by Microsoft, but hopefully they can all see the potential here for another great niche fighting game. I don’t care how it happens, just make it happen because I want to knock out some celebrity fools to some killer beats, yo!

4 Comments → Remake It So: Def Jam: Fight for NY