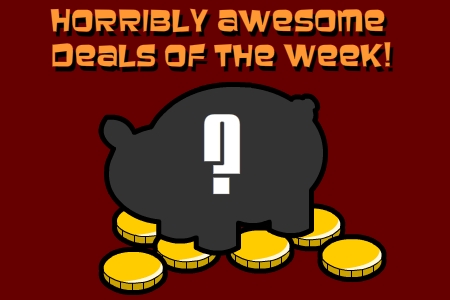 You may have noticed I’m late with the deals this week. Well DEAL with it! Pun intended and intro paragraph complete, enjoy the savings folks! 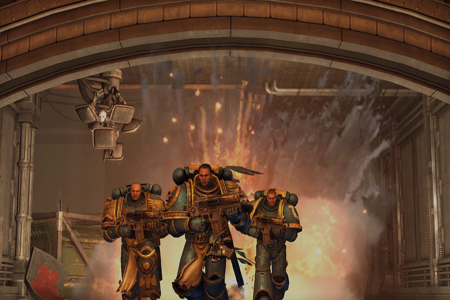 Being a Space Marine AND casually walking with an explosion behind you is a recipe for chick boners.

The game for dudes that like the WarHammer 40K universe, but don’t want to be caught sitting in the back of comic book stores with other single losers. Unlike the Dawn of War and Dawn of War 2 games, Space Marine is all about action so expect to smash a few Ork skulls from an up close and personal vantage point.

This game is pretty darn cute, so if you have kids it may be a good way to validate buying a Kinect Xbox 360 combination. Once the kids fall asleep, you can play games that aren’t so cute because on the inside, you hate cute.

I think baseball is stupid, but if you like boring sports played by fat guys, this game probably appeals to you (because you yourself may be a boring fat guy). 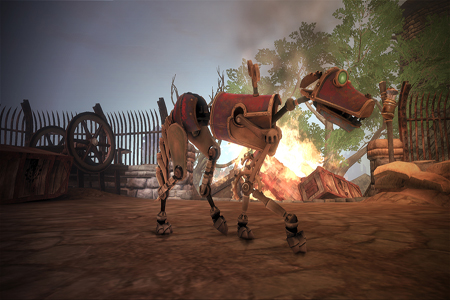 Why so sad clockwork dog? Is it because no one loves you, because they don't.

Even though the Fable series could realistically have stopped at Fable 2 and maintained its fanbase, Peter Molyneux thought it better to make people sick of his series and not want anymore then keep them yearning for another romp through Albion. 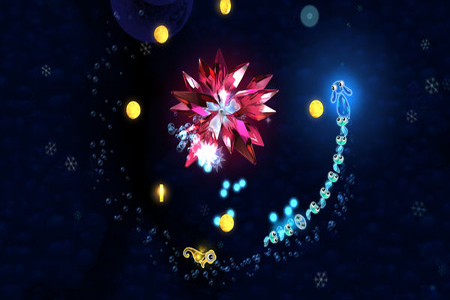 Glowfish-sticks are things you should never eat.

I have no idea what Glowfish is all about, but it looks like the perfect game to play after consuming psychedelic mushrooms.

It’s safe to say that Mr. Payne’s unfortunate last name followed him throughout his life, despite the progressive use of a “Y” in place of the “I”. Lend him a hand will you? He’s literally got nobody in his life, they’re all dead. 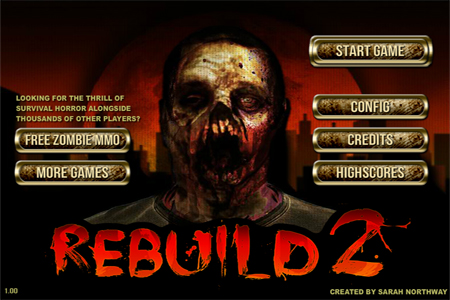 Yes zombies, but this game is not the usual zombie themed title. Try it or die (idle threat)!

The sequel to my favorite browser game of this past year, Rebuild 2 looks to add to an already solid game built around the planning and progress of a city after being overrun by the undead. Read our interview with the creator Sarah Northway for an in-depth look at the mind of a developer/ zombie nut.