Meanwhile… we’ve actually been playing games. Each week we recap our recent gaming experiences and tell you what we’re looking forward to, so you can use your time more wisely than we have. We will try to talk around Gears 3, but it is going to be a staple here for the near future. Luckily, XBLA and Steam have plenty of distractions to remind us not every game needs a lancer. 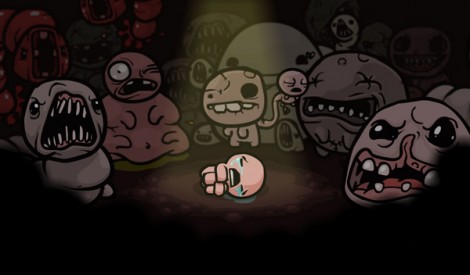 Not sure why I didn't think this wouldn't be disturbing.

Surprisingly, my biggest struggle with getting into the Gears 3 campaign besides not having enough time is that I find myself gravitating towards the multiplayer. I usually hold off on that until I finish the single player game, but I feel at home in Gears multiplayer so I’m gonna run with it. Related to the issue that I’ve been too busy lately and my gameplay sessions are coming in smaller chunks, is that it has led to me playing a lot more Renegade Ops than I expected (for a game launched during the Gears 3 launch window especially). But I am having an effing blast with Renegade Ops. I really want to try some co-op to see how it holds up, but I’ve really just taken to the mission structure. There’s a nice emphasis on blowing things up and driving as quickly as possible so each mission lasts 20-30 minutes. Which is perfect for me to pick it up, play one level, then get back to what I was working on around the house.

The pick up of the week though has been The Binding of Isaac. The so cheap it is almost free Steam title from one of the members of the Super Meat Boy team isn’t at all what I expected. This game is dark, but the art style contradicts the overall theme and all of the blood nicely. It’s just weird, but NES Zelda style randomly generated dungeon crawling with disturbing creatures is quite addicting. Plus, the sound is fantastic. Squishy and creepy noises combined with Danny B’s amazing soundtrack make this some of the highest quality $5 I have ever spent.

Nice to meet you, Ico

Like everyone else I’ve been playing a lot of Gears of War. However, not Gears of War 3. I dove heavily into Gears of War 2 this past week because I want to beat it before getting into 3’s campaign. Hopefully, I can remain spoiler free until then but with this bunch of jackasses I doubt that. Meanwhile, Gears 2 has been great. I loved the whole Tip of the Spear section and getting underground. What a strange and wonderfully horrible place the Locust hive is. Oh and that dude with the saw edged staff… holy shit!

I plan on getting deeper underground as well as playing some Gears 3 multiplayer. Maybe Josh, myself, and others can get past level 10 in horde mode. I also plan on picking up the  Ico / Shadow of the Colossus collection and almost did at Toys R Us on Wednesday night but I fought off the urge. Maybe a trip to Best Buy is in order. 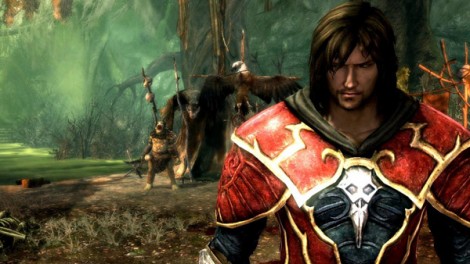 Well, besides playing the absolute hell out of Gears of War 3, I’ve also been playing Castlevania: Lords of Shadow and have been pretty excited about what that game has got to offer. The environments are gorgeous and it’s actually pretty challenging (good thing Dante’s Inferno taught me to block alongside reinstilling my fear of hell). I feel like a lot of action games in this vein get dull afterwhile because they only deal with the action side of things and I’m the type of guy that likes equal helpings of both action AND adventure (with a side of romance for good measure…or not).

Still, the completion of Fallout: New Vegas and all its DLC still lingers on the horizon, especially with the Lonesome Road flying under the radar this past week. That game and I just have too much history and it’s tough letting go. I’m sure Skyrim will help with that a bit though, but the thought of that game creates way too much anxiety for me at this point as its gameplay potential is equal to all the games on my backlog. Yikes. 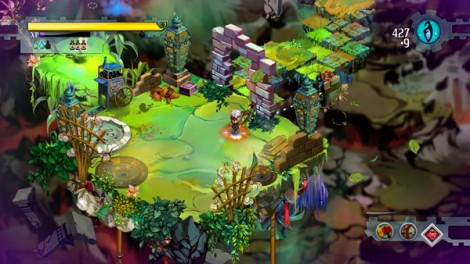 I want to go back to the Bastion

I will say that I most definitely have NOT been playing Gears 3! Sadly though I haven’t been playing a whole heck of a lot in general. I finally got my new 360 S (the S must stand for SOOOOOOO nice, because that’s exactly what the system is) and have only played two games on it. I finally got back to BioShock, which I was heartily enjoying when my last Xbox RROD’d for the final time. BioShock seems to be this game that for whatever reason I never get through, but I’m confident this will be the time! Unless, of course, I don’t beat it before Arkham City comes out, in which case all bets are off.

Then, of course there was the small matter of my amazing wife buying me a Live Points card out of the blue that I needed to use. So, after much internal debate and taking suggestions from the Twitterverse, I settled on Bastion and I’m so happy I did! I haven’t gotten too deep into it yet but the narrator’s voice just makes me smile!

My gaming future is definitely an interesting one. I’ll keep playing plenty for sure, but things are going to change a whole lot as I’m only about 2 and a half months away from having my very own child to think of when it comes to the ways of the gamer! 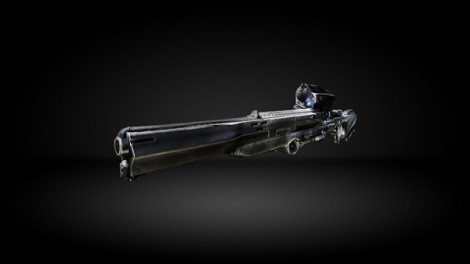 Take this weapon from GiffTor

Okay. I’m playing Gears of War 3. I might break up Gears of War 3 with more Deus Ex: Human Revolution, but honestly, the lack of a new game + is going to make that less pressing since later playthroughs will be more focused on hitting all of the sidequests (I apparently missed one or two?!) and achievement whoring. I will probably be playing Gears of War 3 next week, too. And perhaps the week after that. Still, I have the lengthy list of games I got from the Steam Summer sale including more Civ V and Amnesia: Dark Descent, not to mention Space Pirates and Zombies, which I still haven’t gotten into. Sadly.