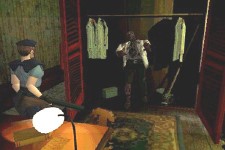 My undead instincts allowed me to wait patiently until you finished reading about how I turned into a zombie!

Itchy. Tasty. Two simple words that, out of context, don’t make much sense but to those of us that found them sloppily scrawled in an old leather-bound journal, they speak volumes. These two words once acted as a warning that things in that old mansion weren’t quite what they seemed, that danger laid in wait around the corner of every room or in the closet directly behind us. These two words mean way more to me now than ever before as these two words are the best descriptors of my current state. I think I have the T-Virus.

It was but one week ago that I was happily resting on my couch, enjoying the slow pace of a Sunday afternoon. My spirits were high after a successful 15k obstacle course run the evening before, an event I’d trained long and hard for throughout the summer months. I was the picture of exceptional health, my physical condition surpassing any level it had been in the entirety of my existence. I couldn’t ask for anything more, but something more is what I got.

The symptoms were subtle at first; the reddening of my skin, a slight itch, but soon my body was covered in scaly bumps that grew into blisters. My skin crawled, burnt and itched at the same time. Oozing sores opening up as I ravaged my epidermal layer with desperate scratching that did little to ease the discomfort. Ointments and salves only worsened the condition and hot baths felt like acid to the exposed pink flesh of my wounds. 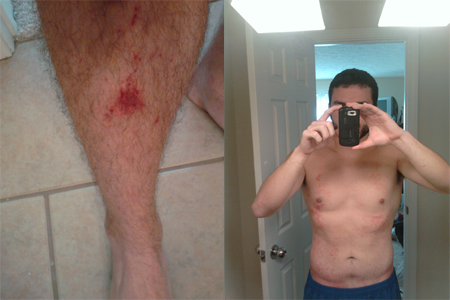 The beginning stages of the T-Virus infection.

Once the uncontrollable hunger appeared, I knew that my condition was more than just a case of contact dermatitis. At first I attributed my need to constantly eat as a result of my lowered physical activity level (a physician’s suggestion as sweating only inflamed the rash that had quickly engulfed my body) but the pizzas, whole chickens and boxes of macaroni only filled me up and did little to satisfy me. I didn’t have the urge to eat people, per say, but figured it’d start with animals so I distanced myself from the two house cats I’d grown to call family. 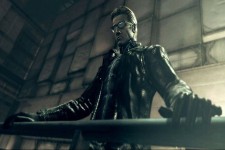 Wearing awesome clothes is another perk of having control over your mutation.

As my body broke down, I distanced myself from the outside world, spending hours in my office pondering what transformative effect the T-Virus would cause in me. I was aware that most people turned into zombies after exposure, but I kind of hoped that I would turn into something different, something more, how do I say…sweet as hell? Best case scenario, I’d have a similar situation as Albert Wesker and retain my mental state but still benefit from the powers that were the result of the constantly mutating virus. Of course, I’d use these powers for good and help the rest of humanity fight off the inevitable infection. Then I remembered that Wesker wasn’t merely infected by the T-Virus but by a combination of Umbrella and Tricell’s research projects, so this would be but a pipe dream. My second pick would be to turn into a Hunter, but these creatures were created from a combination of gorilla and reptile DNA, two things I did not possess.

Alas, in an ironic twist, the zombie hunter that others felt would guide them till the end would in actuality become Patient Zero. I always imagined that in this scenario I’d throw myself in a vat of acid or into a volcano and stop myself from becoming a monster, but reality has revealed to me that despite the writing being on the wall, I am still desperately clinging to the hope that there is a cure. I recall that the infection spread rather quickly in the games, a couple of days, at most, but I’d been going strong for over a week, perhaps a testament to how well I take care of myself. I continued to take my vitamin regimen and used meditation to keep my mind strong in hopes that I might be able to grapple control of my actions away from the T-Virus at just the right time. Being married, I also had the power of love, which had a way of cutting through the fog of evil that clouded the brains of the infected (ala Steve in Code Veronica). With these things on my side, I may come out of this with my life intact, but in case I don’t I’ll end this with a few requests. 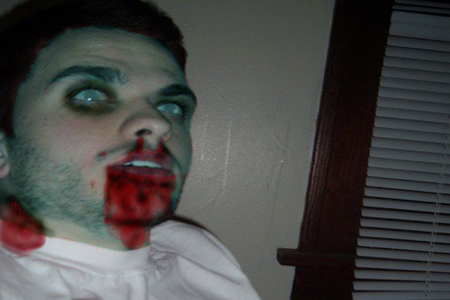 What I'll probably look like in a few days; hopefully that blood won't be yours.

Humble requests of a soon-to-be zombie:

Editor’s note: Upon further investigation, the author discovered that he was not infected with the T-Virus, but instead had a very bad case of poison sumac, which he got after his latest self-validating endurance race. While he’ll be very uncomfortable for the next week or so, he does not pose any sort of bio-hazardous risk to the citizens of the United States of America and can only blame himself for his condition (it so happens that he’s a middle child, which makes sense of the need for attention and dramatic exaggeration of his condition). Please excuse his paranoia, he’s  hopped up on antihistamines and apple juice.

1 Comment → The Fall of Ethan: I Think I have the T-Virus