In this week’s REPLY TO ALL we get chronological. The past, present and future have all been featured as backgrounds of games, but everyone seems to prefer one over the other. What time period do you like your games set in and are their specific points or events in history that you’d like to se featured more prominently? James and Brandon from InGamingWeTrust.com join us. 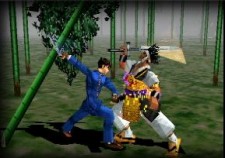 At first, I felt this was going to be a difficult question to answer, but after taking some time to think, I would say past. I’ve always preferred the more primitive weapons over modern and futuristic pull-the-trigger-get-a-kill weaponry. In particular, I’ve always enjoyed medieval and feudal Japan games. That reminds me; when is Square going to make a new Bushido Blade?

I’m letting my geek flag fly with this one. Fantasy, medieval periods are always the way to my heart. I think it’s because of playing AD&D when younger and my love for fantasy lore and dragons.

I’m still chewing on my answer, and I love fantasy games but do you think we really need more of the same? Recently, it was brought up that Bethesda almost got the Game of Thrones franchise but decided they couldn’t do that and Elder Scrolls. I think fantasy games need to go in new directions.

While I like journey’s to the past and future, present day settings always appeal to me the most ( when I say present, I’m thinking 90’s till now, defining present is a bit tough since it’s always becoming the past). I love playing a game like Resident Evil and then imagining the same scenario rolling out on the streets outside my home. I’m especially fond of the present midwestern setting because that’s what I know the best and think that it has quite a bit of character.

In terms of a historical periods, I think that the late nineteenth century/ early twentieth is pretty cool because it includes both cowboys and mobsters. Red Dead Redemption is a great example of that. When I travel around the smaller towns of this state, I often visualize what it’d be like living back then because there are still buidlings standing that are from those times. 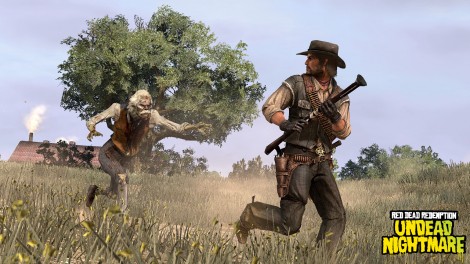 Jesus, this is a difficult question. For me the game really plays a huge part in whether I enjoy the genre or not. I’ll agree with Ethan that the setting for Red Dead was great. I also used to love this old western based shooter for PC called Outlaws when i was younger. But I can’t say that’s a favorite. I enjoy the setting of the 60s a lot. I really like the visual style that comes with the artwork in that time period. I loved everything about the style in BioShock. I still think that I’m going to stew over this a little longer before I make my decision.

I prefer alternate history games and there definitely aren’t enough of them out there. Commander and Conquer: Red Alert blew my mind when it came out, and like Ethan, I’m also a huge fan of Freedom Fighters. I find these games infinitely more interesting than historically accurate games. If you can take a familiar event in history to give us a foundation and then let your creativity fly, I’m going to be interested. That being said, most of these alternate history games have to deal with recent history or the same old conflicts with Russia, Germany, China, or Korea. So I’d like to see a bit more creativity applied to much older events in history, and play out a different story of the settling of what would have been the United States.

This console generation has made me discover that I love art deco themes with alternate reality stories. Fallout 3 and BioShock might be my two favorite games from this generation right now. I just love the blend of visuals with the music from the era as well. It creates a wonderful set piece for the games and makes the era and location a character in the game as well. So with that said I think that the setting of BioShock: Infinite is what excites me most about that game. I also enjoy games set in WWII, but that has become stale thanks to CoD. I hope the next Fallout heads to Boston or Chicago (New York is being played out right now). I am also going to suggest that we go to war with Egypt in games for a little while. We can get a new enemy and keep the color palette in various shades of brown very easily.

I think the fantasy world could still be great, but the formula most often used in the fantasy setting is overplayed. I do agree with that. A Red Dead Redemption take on fantasy would be really neat. I’m sure there are other game styles that would add some life to the whole premise. While I didn’t pick it up, The Sims: Medieval really intrigued me because it was trying something new in that time setting. Obviously, as mentioned before, I’m kind of getting over the post-apocalyptic setting like in Fallout, Rage, etc. 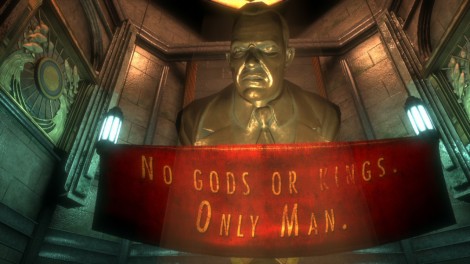 Alternate histories are the way to go.

Hey Brandon are you sick of games preparing you for the impending apocalypse?

What about a post-apocalyptic medieval times era alternate history game? Actually I have no idea what that would even look like.

To be fair, JP, post-apocalyptic games haven’t added a whole lot to educate or prepare me recently beyond just practicing my skills. I need one to just come out, slap me in the face and say, “This is new. Now get crackin’!”

You know, one thing I loved about Warcraft 2 was when you could travel through the portal to fight the orcs in their world. Oblivion kind of touched on that but only in short spurts. I imagine that’s what an “alternate history” or “alternate universe” fantasy/medieval game would be like.

I disagree on the training portion. Fallout taught us that it’s ok to drink from the toilet after the apocalypse. It also demonstrated the need to stock up on SPAM.

I’m going to have to combine JDevL’s and JP’s answer. I also love stories set in alternate histories which is why I’m really looking forward to BioShock: Infinite. But fantasy settings have got to be my favorite because they can be technically set in any time period. Hell, all games not historically accurate are “fantasy.” I know many people (including myself) don’t really want to look at the most recent Final Fantasy games, but they are just as much fantasy as any of the older games. Fantasy can be such a huge genre with the “sword and sorcery,” “steam punk,” or “technologically advance future” settings. 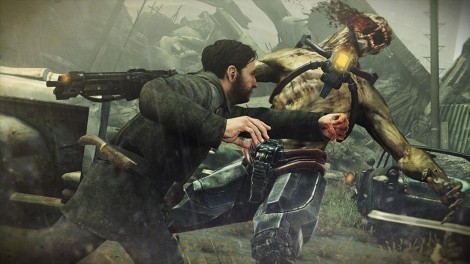 An alien invasion staved off WWII

I agree with Justin, there just aren’t enough alternate history games which I think would be a solution to what developers may see as a constraint in sticking to a certain period in time. Fudging on the details is ok because it’s a freaking video game. I really liked the way Resistance did this and actually avoided an entire war because humanity was busy with some horrible mutants. Kind of made a pretty solid point in that society will need to come together, no matter the sentiments among certain countries, to fight off invading monsters.

I am not sure if there are any time periods that are played out, but I do feel like the swinging sixties has gotten neglected over the years (save for Black Ops).

You’re right Cole, fantasy does make commenting on time periods a bit tough because it’s tough to know exactly what time periods other dimensions/planets have. That begs the question,wonder what Final Fantasy‘s “80’s” were like?

A game series I enjoyed was the Phantasy Star series. While it had a sci-fi feel to it you couldn’t ignore the classic fantasy elements that were included in that series. When Cole made his point that game was the first to pop in my head.

Phantasy Star was an excellent series of games that spanned from fantasy to hyper-advanced society to post-apocalyptic survival over the course of 4 games. Like a lot of games at the time, it took place in a completely different universe where the past, present, and future were completely open to artistic creativity.

For Earth-based games, though, I’ll always take the games set far in the past. I’ll take a longbow over an AK any day. 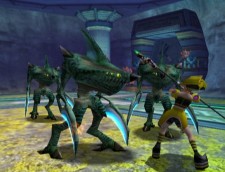 I’m with you there, Copperskull. I prefer swords and boards over guns and grenades. I think there is still room in the market for AAA medieval titles.

Call of Duty: The Crusades?

I also always liked the concept of a man out of time, and how he deals with future (or past) shock. Something like Darkest of Days but without the shitty game. How would a man from the future deal with life without toilets or soap? Could a young English knight find his way around The Google?

It’s s shame that the concepts, themes, and ideas around the Shadowrun series has yet to be done well. You would think that today’s tech could create a solid experience within that world.

Oh god, Brandon, don’t give Activision any new ideas about how to extend the Call of Duty brand. But I will say there aren’t really any games that make you feel like a significant knight/warrior in a huge battle. Maybe they should make a good Braveheart game.

Would you rather EA and Battlefield do the Crusades? What you say is true. There still hasn’t been a game that accurately gives you the feeling of an immense battle. Dragon Age tried to do that at the end, but it still felt sectioned off. I don’t know. Maybe we just need more side scrolling games and call it a day.

Call It a Day: Generic Side Scrolling

I think we’re onto something. I’d play some squad based action oriented crusades multiplayer. Sounds like that is up DICE’s alley and a change of pace for them. 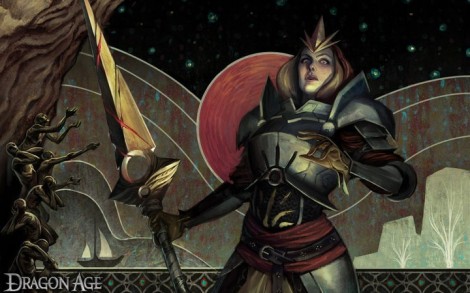 Surprised at all our great ideas I bet.

I think we are all in agreement that the alternate history medieval era games other than RPG’s are the way to go. We will be expected royalties in 2013 when game designers finish the idea the stole from us. Where would you like games to take place?