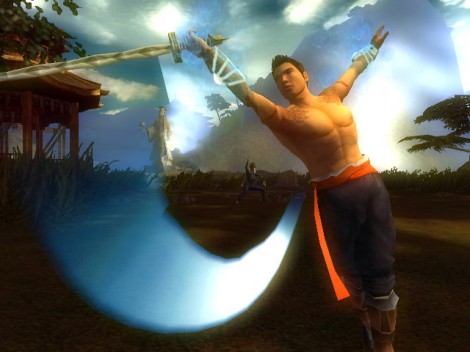 Jade Empire, Bioware’s 2005 original XBox RPG set in a oriental themed world might be returning to consoles. Bioware founders Ray Muzyka and Greg Zeschuk  have said that there might be another game in the works. With Mass Effect 3 development winding down and The Old Republic coming out in December, Bioware hasn’t announced any new games that are in development. Jade Empire has been considered a “”staff favorite” according to Mike Laidlaw, lead designer of Dragon Age, so there is a good chance development might start soon.

However, all of this is speculation. Just because a company loves a game doesn’t mean that it will develop a sequel or a new game in the franchise. I’m sure there are a lot of monetary factors Bioware has to look at before diving into Jade Empire. I know that I’ll be buying a copy day one because the original Jade Empire was great. If you missed out on the early Bioware RPG, you can buy it on Xbox Live Marketplace located under Xbox Originals.