Meanwhile… we’ve actually been playing games. Each week we recap our recent gaming experiences and tell you what we’re looking forward to, so you can use your time more wisely than we have. What can we say, we’re all excited about the same game at the exact same time. That’s kind of cool, but don’t worry there are a few other games still fighting for attention when we can’t get the entire crew online at once. 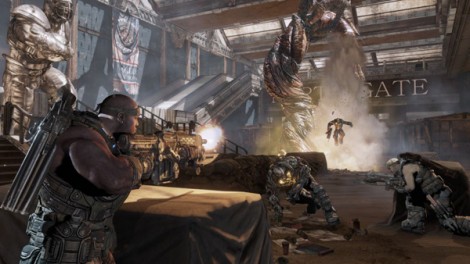 Gonna be seeing a lot of this.

I wrapped up Deus Ex: Human Revolution on Monday night (awesome), just in time for Gears of War 3 to show up. Deus Ex is single player, so there hasn’t been any online there and while I am looking forward to getting some multiplayer/co-op of Gears 3, I’m currently on Act II of the campaign on Hardcore…if anyone wants to join in, the gamer tag’s GiffTor. And the Longshot is mine. 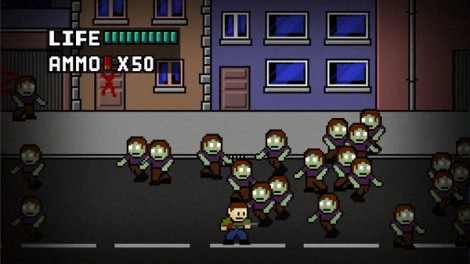 I’ve been mixing a few indie games in with my larger titles here lately. I finally finished up the story mode on The Dishwasher. Man that game was tough. I started working my way through arcade mode which wasn’t bad at first, but it quickly started holding up to the reputation of that game as well. I finished up the story mode in Veks and Silence which I enjoyed. It’s a mindless XBLIG side shooter with lots of blood. I also picked up Dead Pixels which is pretty excellent. It’s basically River City Ransom with zombies. It’s definitely worth checking out for 80 points.

I’m still lost in the wasteland of Fallout 3 which I plan on finishing after I finish the Gears 3 campaign. I’m finding myself trying to be a completionist, which is quite and undertaking in that game with all the side quests, but it’s holding my interest still so I’m going for it. And to no surprise, I’m sure I’ll make it through Gears 3 at least twice because you have to beat it on insane difficulty. With everyone I’m talking to right now it seems like I may have 3 simultaneous co-op sessions going on here shortly. 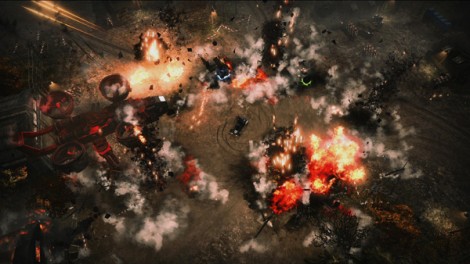 That bottom left corner could use an explosion

I had very duh moment last week as I continue creep back into PC Gaming. I didn’t realize I could have been using my 360 controllers as gamepads all along. I picked up a Razer Onza for it’s long cable, and started digging through gamepad friendly Steam titles. Beat Hazard is now even better. It’s a great dual joystick shooter where the levels change based on the music you are listening, too, and you can pull from your own music library. Other than that I put a little bit of time into Hard Reset, but I am getting my ass kicked so I have to figure out how to play that game properly.

Of course, none of this matters now that Gears 3 is out. All other progress will stop as there are just so many unlockables and game modes that I could be well into October before I look at another major title. I say major title because I always have to have a smaller game going at the same time, and the reviews for Renegade Ops made me give the game another chance. The first level was fun as hell, and I’m digging the over-the-top voices and action movie storyline. It’s cheesy, but it blows up good. 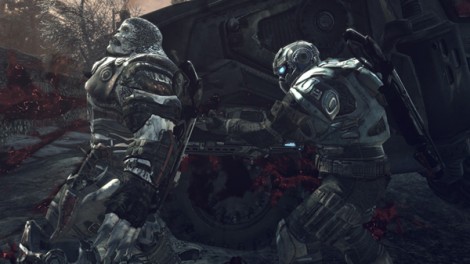 Played a little bit of the campaign in Gears of War 2 last week because I wanted to try to beat it before getting 3. That did not happen. Got 3 on Wednesday night and I’m staying away from the campaign until I beat 2. So I jumped into a little team deathmatch until Josh Lee got online and we took on Horde mode. We got through the first 10 levels on hardcore but the tenth level was insane. We finally got through it though and called it a night at a little after 1 in the morning.

After finishing the Gears Trilogy, I’m not quite sure what I’m going to jump into next. Alan Wake is still calling me from a distance. Now that it’s getting darker earlier, that might be a possibility because it seems stupid to play it during the day. As far as buying a new game, I think my ducats might fall into the lap of Team Ico next. Never played either of their games and need to rectify that before I move on in my gaming life. 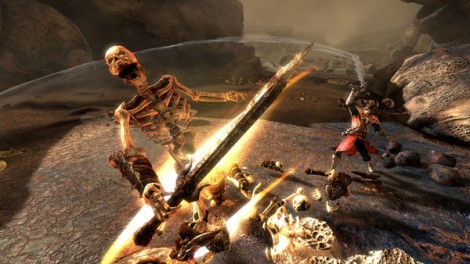 In preparation for my upcoming vacation (which I am currently on) I’ve been working my butt off so I have not played as many games as I would like, but that doesn’t mean I can’t fantasize about the games I want to play. Obviously I am looking forward to Gears 3, but I ordered Castlevania: Lords of Shadow as well which I’m pretty pumped about because I really love those types of games and you can’t go wrong with our site’s namesake. Having played Dante’s Inferno a bit over the past week and not really feeling connected to the characters/storyline but enjoying the action, I’m sure that Castlevania will scratch that itch I have for destroying evil beasts.

Everybody talking about Dead Island has made me really curious about that game and since Josh Lee has it for PC, I may inquire about a co-op session of that. I do need to keep in mind however that by the time I pick it up, Gears will be in and Mega Release Fall will be flooding our brains.