I’m not one to judge what a single video game site calls news vs another, but certain things grate on me when I see multiple sites reporting the same headline that isn’t really a story. Regardless of your personal opinions of Cliff Bleszinski, the man is known for two indisputable facts – he designs/directs great games and he is a very outspoken individual. He was more outspoken in his past than recently, so I couldn’t help but be annoyed when I saw website after website try to twist an isolated interview comment into a major story. Maybe it’s the fact that “When Cliffy B is asked what he thinks of Gears of War 3 review scores and finds one he disagrees with” doesn’t make for an interesting and traffic generating headline. In those cases I expect to see one or two sites stoke the story a bit, but not close to all of the sites in my news feeds. Do a search if you want proof, my link isn’t necessary at this point. 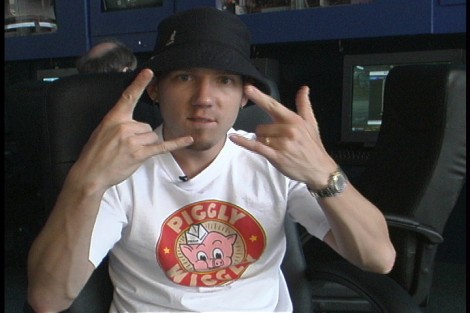 This man said THAT?!

The video game industry needs celebrities; it needs superstars. I won’t pretend to know what Cliffy B is like personally or how he is to work with from a press standpoint, but I will say that he is one of the few designers out there promoting the industry to a wider audience, and this industry could certainly benefit from more personalities like him. We need Cliffy B’s, Tim Schafer’s, Ken Levine’s, and David Jaffe’s out there giving a face to the passionate and creative minds behind our games rather than having publishers and studios getting all of the attention. The artists need promotion and someone has to break the mold for better and for worse.

I understand the outcry around the headline, because my gut reaction was the same. I hate to see any members of a game’s development, publishing, or PR teams whining for better review scores. I especially hate to see one of the faces of the industry take that turn, but I read the VG247 interview and failed to see the whiny snob that was being promoted everywhere else. I read a funny comment from a rightfully cocky designer who wants his game to be perfect and believes that it is. This wasn’t a man putting pressure on reviewers to play his game “the right way” to bump up his Metacritic scores, which the type of story the sensationalists really wanted.

Wonder what Cliffy thinks when I say I prefer the regular lancer over the retro one. Who cares?

The funny thing is that all it did was draw more attention to the fact that Gears of War 3 was receiving rave reviews across the board… which wouldn’t surprise me if it came out that that was Cliffy’s intention all along. I fucking love the fact that Cliffy B has had this much success and still goes to bat for the games he is involved in.

It reminds me of a superstar athlete at the top of his game still taking the time to trash talk and get into the minds of his competition. That generates some disgust with certain fans, but I’m not one of them. It wasn’t distasteful, it wasn’t pressuring, it wasn’t disparaging, it was just the facts to him and no one can tell him he is wrong. He believes Gears 3 is a better game than Gears 2 and questions anyone who thinks differently. I don’t think he necessarily needs to remind people of that, but if he didn’t believe it, I’d start to question his motivations in the industry a lot more.

He thought Major Nelson was a Carmine.

The track record that Epic Games with Cliffy B has earned in the last 20 years comes with a lot of clout. Together, they are not only a leading technology developer but a leading game design company. That is a rare combination that deserves to be at the forefront of the industry with the likes of Valve, id and Blizzard. What makes Epic different is that it has adopted a bit of Cliffy’s personality which serves as lightning rod when compared to the public personas of the other companies. However, all of these companies and other industry leaders share one thing in common: they do things and make games their way. They have more than earned that right as the game industry, especially the North American game industry, has been built on their backs.

Of course when you are on top, people are going to take shots at you. I get that, and I’m not at all surprised at the bipolar reactions Cliffy B gets any time he speaks. I am surprised, however, that the video game press still treats this as news, especially when in the grand scheme of Cliffy’s greatest hits, this comment barely registers on the controversial scale. Like it or not, as the VG247 article quotes Ken Levine, Cliffy B is an “ambassador for what we do.” The man is here to stay and he just completed work on a genre-defining trilogy. He’s going to talk and he is going to irritate people with his success. This is no longer news. Wake me when Cliffy B is bored with the industry, that’ll be worth having a conversation over.

7 Comments → It Doesn’t Matter: Cliffy B Thinks Gears of War 3 is Awesome