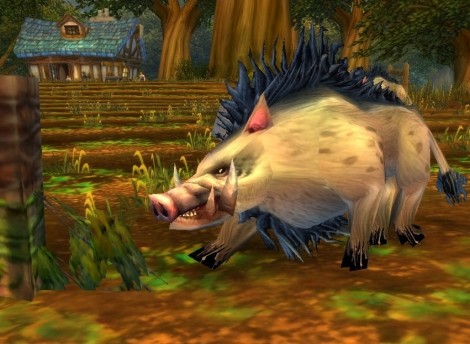 Kill me once shame on me, kill me a billion times... what in the hell is wrong with you?

This is for all the rats, slimes, beetles, boars, spiders, snakes and other fodder of the video game world. These creatures have been needlessly slaughtered for decades in the name of the training of would-be heroes. They never stood a chance and have been pushed into unnatural repopulation habits that have ceased the evolution of their species. They appear to be getting weaker while their numbers continue to miraculously stay steady. Only for the mysterious lack of depopulation in each species has this horror been allowed to continue for so long. Even though we do not notice the damage, it does not mean they are not being harmed. Behold their tragic tales.

Get a training dummy, dummy

It all starts on the back of good intentions, since most heroes do in fact have a just cause in mind as they begin their journey. The problem is that all heroes start out as wimps. Whether they are tasked with mindless chores or simply going from point A to point B, their skills need development and, more often than not, combat needs the most work. Unfortunately for our harmless-but-proud creature friends, that means the heroes need something to kill. The first few swings are justifiable, but you learn all you can from just a couple of fights with the likes of a rat. These are not mind-bending strategic wars as much as they are confirmation that a hero can swing a sword without falling over. Yet dozens, even hundreds, of creatures will fall at the hero’s clumsy feet.

Mercifully, the hero eventually moves on, but sure, enough another newbie is right behind him. In this world full of obvious evil, sometimes it takes more than one hero to save the day. Or, if you are a bit more realistic, not every warrior that survives her first encounter with a spider is destined to defeat a dragon or possessed wizard. These poor beasts have to endure every schmo that thinks it his destiny to bring justice to the land.

Even slimes have families.

New heroes are not the only problem plaguing these critters. Experienced heroes get bored and need easy victories to beef up their egos. After all, why kill one magical elemental when killing 5,000 boars wields you the same overall experience? These jerks take the easy-but-lengthy road to building their reputation. The battles are thankfully quick and painless as they only last as long as it takes to complete one swing of a weapon. That is…assuming there is even a fight. Truly overpowered adventurers slay them with just a simple flash of light. No battle, just instant corpses.

The casualties are beyond criminal. Some species would be wiped out completely, but these creatures’ gifts of procreation have been cruelly turned against them. While they are never overpopulated, they tend to pop right back up in just the right numbers to keep our lazy heroes interested. The only thing the surviving members have time for is to procreate before for the next axe-wielding buffoon walks through their home. You have to admire the creatures’ resilience and willingness to defend their families, but survival alone is not a fair lot in life.

Who asked for this?

The heroes are not the only ones at fault here. Before setting out on their quests, heroes are given tasks by local inhabitants, the worst of which involve not only killing a random number of creatures, but collecting the most unusual features of the most unique of the creatures. These brutes will storm through thousands of dead bodies searching for the one glowing antenna that some hobo made up as a joke. Assuming the task is actually real or useful to the quest giver, it is still troubling to imagine what a man needs with 50 rat toenails. Either way, maybe these people should not be responsible for cutting the teeth of our saviors. 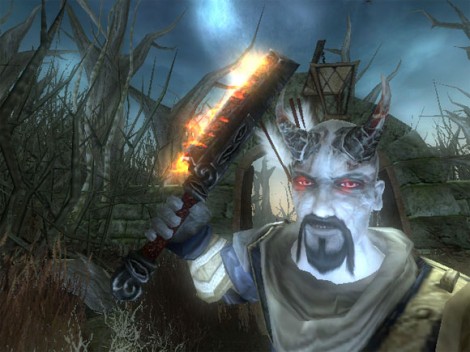 Not sure I trust the path this one took to save us.

Which brings me to my proposed solution. Our heroes need proper training beyond the slaughter of helpless creatures. Better schools, better teachers and a better application process complete with a scouting program to identify street urchins with heroic potential would all contribute to saving the world. If the situation is particularly dire, we all need to take it upon ourselves to not only protect our harmless friends in nature but to properly aid anyone with the desire to help make our world better. Don’t give them worthless tasks or have them clean up your dungeon of a cellar. Instead, have them round up all of those crazy hobos with the glowing antennas and rat toenail masks. It will help them advance as a true hero and help make progress in our society. After all, once the world is saved we still have to live in it and support our savior. I’d prefer a savior that animal right’s groups aren’t planning to murder once the dust clears.