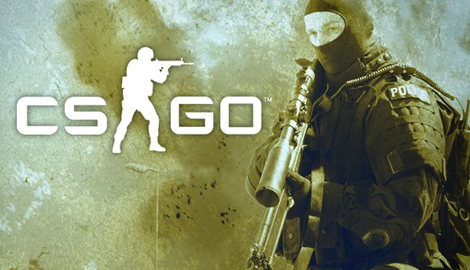 It’s been over 7 years since the release of Counter-Strike: Source, and while people have been begging for Half-Life 3, we are instead presented with the next addition to the family, Counter-Strike: Global Offensive aka CS:GO. Before PAX, I had mixed emotions about CS:GO. I haven’t touched a Counter-Strike game in years, and Source never really caught on with my crowd. We were all about classic 1.6 and Condition Zero. After wandering past the Valve booth a half a dozen times, I decided to jump in line and give it a…  go?

Where’s My Mouse and Keyboard?

I found it interesting that Valve chose to set up all of the demo stations with the Xbox 360 version. I’m not completely sure what the motivation was there other than to try to promote that version of the game a little harder, knowing that a majority of the community would already lean towards Steam. This was actually good for me, since my preference these days is to play on console. Even though I have major hesitations towards playing Counter-Strike with a controller, I needed to know if it was possible.

While standing in line, the trailer was looping and I have to admit that it looked great and it was definitely Counter-Strike. Why change something that was never really broken, right? I did quickly notice, however, that what I was seeing on-screen looked way better than the demo everyone was playing. This seems to be pretty common lately; the Xbox has been around long enough that you’re really starting to see a separation in the visuals between console and desktop versions with the trailers always featuring game footage from the desktop. With that said, I wasn’t disappointed with how the Xbox looked. I’d place it slightly ahead of what CS: Source looked like, which is really all I expected since it is using an updated version of the same engine. My questions at that point were what did they decide to change and how can this work on a console? 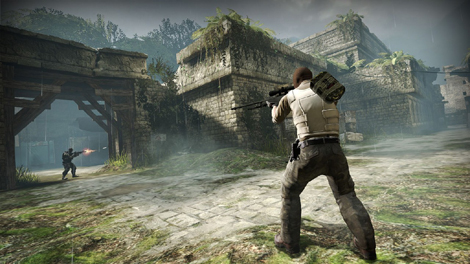 Anyone who has ever played a Counter-Strike game knows that one of the main components of the game is having to buy your weapons with money earned from each round. In competition, it’s critical that you know exactly what you need and the fastest route to buy it. I used to have scripts programmed where I could buy my configuration based off the money I had available with just a few keystrokes. (I know you’re thinking, “Nerd!” but don’t knock it until you try it. I’ll make it to the bomb site faster than you every time.) So I’m standing in front of this screen with a controller in my hand wondering if I’ll even be able to buy my weapons before the round is over. Valve actually did what I expected them to: it was a fairly easy to navigate the buy menu which included the ability to automatically buy your last configuration to help speed up the process. There aren’t too many shortcuts you can take there, so I can live with that since there are really only a few weapon configurations I bounce between.

Good luck with that route.

They threw us in the classic de_dust map, which I have to say looked great in the updated engine. I was familiar with the map, so I focused more on the control. My experience was predictable – I was terrible.  Luckily, everyone else was under the same controller handicap and comically staring at each other for 10 seconds spraying bullets everywhere trying to get a kill. Other than that, Counter-Strike was exactly like I remembered, only better looking. Unfortunately the 5 rounds they let us play were over quicker than I expected, but it gave me a good crash course evaluation of whether I want to try to give this game a shot on console or not.

The PAX demo didn’t really feature anything new in the gameplay, so you had to talk to the crew there or pay attention to the demo video to pick up what else was coming with it. It appears that the major focus of CS:GO is reaching a broader audience. Counter-Strike is notorious for having a very unforgiving entry point. If you haven’t been playing since it came out, it almost isn’t even enjoyable, which keeps new players from becoming regulars. You also have the whole console-only crowd who never really got their chance with the game.

Valve attempted a version for the original Xbox which didn’t really do anything but give the PC crowd a few new maps to compete with. Honestly, it was pretty awful. To help with all of this, CS:GO is adding 2 major components which address both of these issues. The first of which is skill based matchmaking. We’re all familiar with this from the Halo franchise. It keeps the fresh meat from getting railed by the veterans in hopes that they’ll stick around long enough to become veterans themselves. This is also a great system for helping people improve their games so I couldn’t support that decision more. 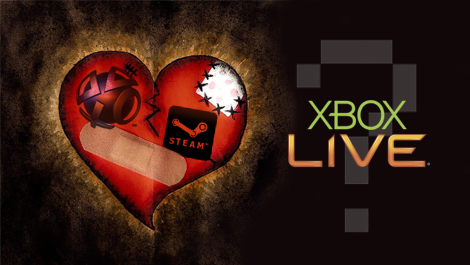 Will you play with us?

Cross-platform support is the next big thing. We’ve been seeing that become more of a topic of conversation among newer titles, and Valve decided to stay on the path it took with Portal 2 in attempt to bring PC and console gamers together. Only PC and PS3 support has been confirmed which seems to be the story lately. Valve is trying to get Xbox to join the party and, with a recently discovered Xbox Live section buried deep in the Steam support forums, we can only hope that they’re still working on that. Now, if you’re a controller player and you’re worried about getting railed by mouse and keyboard aficionados, don’t worry, the match making system will help you out there. The truth is you won’t really know who you’re playing with either way. Valve chose to keep that info hidden so you just focus on playing. Someone who’s awesome with a controller will get paired up with someone who is equally as awesome with a keyboard and mouse. If you suck, you’ll be paired up with others that suck, helping you to develop your false sense of security about your actual skill, which in the end will contribute to your enjoyment. It seems like the perfect matchmaking system so I’m pretty excited to see how it all pans out and how big of a crowd they can get on board with it across all systems.

Why not buy it twice?

There’s no doubt in my mind that I’ll continue to buy every Counter-Strike game that is ever produced, and CS:GO won’t be any different. Valve did exactly what they needed to in this update. They kept enough the same to get the approval from the existing fans, while making the appropriate changes need to gain new ones. Going into PAX, I was for sure that I’d be buying the PC version through Steam. Having played the demo on Xbox 360, I may actually pick it up for both. They’re releasing it as an XBLA title, so as long as the price is right I can see myself going through moods where I could enjoy either. Especially if they can work out the kinks with Microsoft and get in on the cross-platform support. There isn’t a confirmed release date for CS:GO other than sometime next year, but there is a beta version coming through Steam in October. If you’re lucky enough to score a beta code, I’ll see you there.