Playing video games and being involved in a serious relationship don’t always go hand in hand. If you play video games all the time, your relationship will surely suffer. However, if you spend all your free time with your significant other (S.O.) the ability to keep your video game queue at a manageable level will wane. Keep in mind, the tips I come up with will only be for those who cohabitate. If you don’t live with your significant other then you have plenty of time for video games. Also, these tips might seem pretty obvious but are nonetheless important to put into practice. Remember, happy wife = happy life.

Here are some tricks I’ve come up with to try to keep both relationships at a healthy level.

Sleep is for non-gamers

Gaming vs sleep is daily battle, and taking advantage of your S.O.’s snoozing may seem like an obvious choice but keep in mind it can be employed at two different times of the day. If you are like me, then sleeping in is not something you are very good at. Hopefully you’ve found yourself with a S.O. who is the opposite. Only then will this tip work. I wake up early no matter how late I went to bed. It’s a curse that I blame my father for, though it definitely has its advantages  when it comes to getting some good gaming in. Sometimes my wife will stay in bed until I wake her up. So that means hours of gaming time for me in the morning. 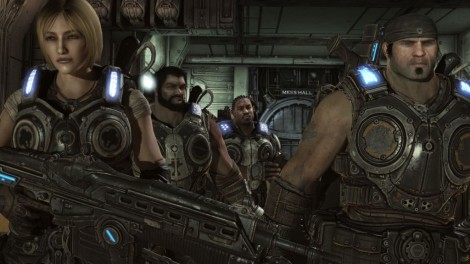 Going to be spending a lot of time with these folks.

Perhaps you are of the night owl persuasion. Your S.O. goes to bed while you stay up for hours upon hours. That’s the perfect time for you to get some gaming in. Especially scary-game gaming. That’s the difference with waking up early and playing games. Survival horror just doesn’t have the same appeal. Sure the stress level might be similar, but the ability to see clearly out your windows eases your mind from the machinations it might create in the dark.

In both instances, make sure headphones are employed. You don’t want your gaming session interrupted prematurely by an angry S.O. who just heard a lancer saw through an unwitting locust. Be forewarned, your maniacal laughter when that locust falls apart in two different pieces will also arise an angry beast. So wear a muzzle if you must.

Game time on your time

In my particular situation, I work 4 days and have 3 days off. Of those 3 days off, 2 of them are not shared with my wife. It is within those two days that I get the majority of my gaming in for the week. When she comes home, my attention is focused on her instead of trying to save the universe. It wasn’t something that I had planned to do but one that has helped keep my relationship free from strain.

Some people make the argument that just being in the same room with your S.O. means that you are spending time with them. I disagree. If you are both focused on something different from each other, then what’s the point of being in the same room? You can feel their presence but that’s about it. You might argue that watching TV together isn’t really spending time with each other but I disagree. As long as both of your focus is on the same thing, you can interact with one another over the same subject. Interaction with each other is an important part of a balanced partnership. So keep the gaming to a minimum unless you can play together.

My wife isn’t a big gamer. She likes iOS games, point and click games like Myst, and the 2D Super Mario Bros. games. So I don’t really have a lot of experience playing co-op with my wife. But I know that it would be a great way to spend time together while doing what I love to do. 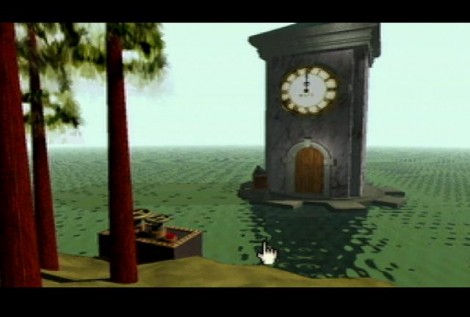 Manage your time with both and live a fulfilling life.

If you are one of those lucky people out there who loves games and your significant other is a big gamer as well, then co-op is the way to go. Most modern games are including a co-op mode, so there are plenty of options out there. With the upcoming release of Gears of War 3, I would love for the ability to sit on the couch with my wife and go through the game. It’s much easier to plan a time to play with her then it is with the Cursed. We know each other’s schedule and when the free time is available. That’s not necessarily true with friends. Some of us can play for hours during the day, while others can play for hours at night.

The only downside to having a S.O. who is also a huge gamer is the fact that your time with your favorite games will be lessened… unless of course you have two consoles and two TVs. Then you can play online multiplayer and take your frustrations out on one another in the virtual battlefield rather than real life.

Spend time with both

It’s all about balancing your time. Keeping your significant other happy not only means spending time with them, but also focusing on things they might be interested in. But if you can convince them to spend time with something your interested in, your video game queue might be knocked down a few more games at time.