I tend to live my life on the straight and narrow, doing my best not to stray into the void of society’s underbelly. While jail scares the crap out of me, the afterlife is my biggest motivation for doing right by my fellow man. I prefer clouds and harp music over daily pineapple enemas but after playing Dante’s Inferno, I’ve learned that eternal damnation can be avoided in more ways than simply being a solid dude. 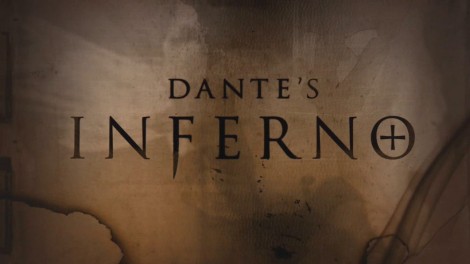 The Lessons of Dante’s Inferno

You can literally fight Death

I learned something today. We’ve always been taught that death is unavoidable and when your time comes, fighting will only delay the inevitable. Those with pure souls don’t have much to worry about as blissful eternity awaits them, but those of you with a penchant for misdeeds need more time on Earth to make up for past transgressions. While metaphorical battle won’t do much to prevent your impending doom, actual fighting does. Despite conventional wisdom telling us that Death himself is invincible, expertise with a battle axe coupled with ninja like reflexes is enough to fell the dark robed chauffeur of the underworld. You always hear people talk about dying relatives fighting to hang on, I guess their failure is more a result of improper equipment than destiny. Thanks, Dante’s Inferno.

Feel free to mutilate them as long as you save them

I learned something today. Should you lose to death and find yourself at the crappy end of the afterlife spectrum, you may feel inclined to follow suit with your fellow damned and begin acting like a big jerk. Though pissing on an unfortunate soul submerged in mud and feces will help you fit in, stabbing them with a scythe and irradiating them with heavenly light will be more beneficial on your journey out of the fiery depths. This guarantees their admittance into Heaven and gives you the holy experience needed to unleash super sweet combos in the future, which will help you battle through Satan’s legions while searching for an escape route from Hell. Thanks, Dante’s Inferno.

Blame the riders, not their giant monster transportation

I learned something today. While most of the creatures you face in Hell are going to want to eat you, some of them may just need a bit of encouragement to make more positive choices with their lives. Giant monsters seem to have the worst reputations, despite the evidence pointing to their riders as the root of all their evil. Destroying these gargantuan entities may seem like the only choice, but simply dislodging their masters will quell their destructive behavior and give you access to an impressive mode of transportation and perhaps even a Hidalgo like friendship. Thanks, Dante’s Inferno. 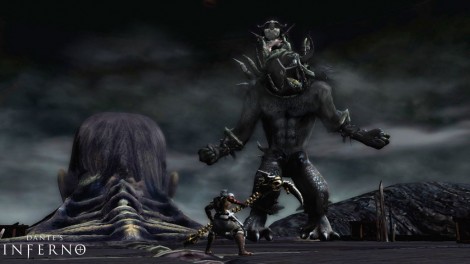 Hell is even worse than they say

I learned something today. In reality, all of these trials and tribulations can be avoided by doing your best not to be a complete douche. Next time you feel like doing a line of coke and beating up your family members, volunteer at a soup kitchen or give plasma to African refugees. Got some extra cash? Donate it to charity. There are endless actions one can take to avoid endless torture at the hands of demonic forces and at the end of the day good deeds just feel good. Besides, there is a severe deficit in the compassion department down below so don’t expect an apology to be of much merit. Fighting your way out may work for the battle hardened, but most of us are simply too doughy to do much in the way of offensive maneuvering and will ultimately have to pay the piper. While I’m not sure whether there’s a punishment algorithm in place to determine your fate, hell-spawn are pretty creative and love irony, so you can expect something truly horrible, like White Castle fueled diarrhea, but instead of diarrhea it’s lava and instead of White Castle sliders they’re shurikens. Thanks, Dante’s Inferno.

Whether you start now or fight your fate later, making up for poor behavior is hard but necessary work. Even if you don’t fear judgment at the end of your life, your actions can drastically affect your social calendar and leave you posting desperate, pitiful requests for potential weekend activities on your own Facebook wall. If modern justice has a catchphrase it’s “friend request denied.” Thanks, video games.