Meanwhile… we’ve actually been playing games. Each week we recap our recent gaming experiences and tell you what we’re looking forward to, so you can use your time more wisely than we have. Not only have we had plenty of variety in our gaming diet lately, I’ve got to say we’ve had some really good taste lately, too. Some of the games may be a bit old, but they are great games. Even if we are just biding our time before joining back up with Delta Squad next week. 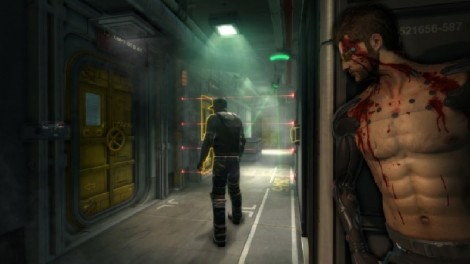 If you're bleeding, you probably need more cybernetic implants.

After wrapping up Bastion, I wasn’t really sure where I was going to go next, so I started in on From Dust, which was entertaining for a little while (and might be entertaining later) but failed to really grab me. I liked the puzzle-solving aspect of things, but at least early on, the camera controls bothered me and I never got that “Whoa…” feeling I had been experiencing pretty consistently this summer with Crysis 2, Bastion and Outland. So when Friday rolled around and the fiancé went out of town for the weekend, I went to Best Buy and pondered between Warhammer 40K: Space Marine and Deus Ex: Human Revolution. (This was a debate had a day later by Mr. Lacey). I chose Deus Ex and, boy, am I glad I did. Although it’s been roughly a decade since I played the first one, this stands up as a true successor to my first experience (and really, maybe one of everyone’s first experiences) with its mixture of RPG, stealth, FPS, action/shooter genres. I’ll be reviewing it after I wrap up the first play through, but in short: Whoa. 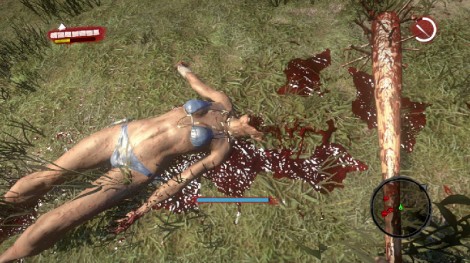 You sure she was a zombie?

Since Dead Island released, that’s been my baby. I freaking love the game (bugs and all). It’s definitely the best when you’re rolling with 3 friends. The game is perhaps the most brutal game in the zombie genre, and I highly recommend it. It plays out a lot like I picturing a zombie apocalypse. Limited resources. Limited ammo. You’re going to have to survive by sticking together and using just about anything to kill your threat. The game also adds a little of the human element to it by not having everyone working with you, and you’ll have to pay attention to who is an ally and who isn’t. Love the game. Get it. Got it? Good.

Coming up, I’m looking forward to getting my hands on Gears of War 3, but with Dead Island I don’t foresee too much change in my gaming diet. Lots of zombie and locust flesh on my plate. I do still occasionally pop in Sonic’s Ultimate Genesis Collection. It’s a great source for your retro-16-bit-nostalgia. 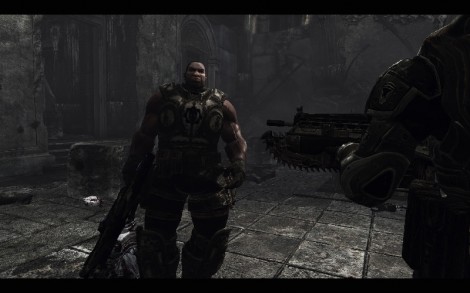 My favorite two parts of Gears.

After beating Portal 2 last week it’s time to move on to the next thing. That next thing is Gears of War. I hope to beat 1 and 2 this weekend in preparation of GoW 3 coming out next week. I’ve beaten Gears 1 before but want to get a refresher before jumping into 2. I don’t know how likely it is to finish both games but getting a good start on them will help prepare me for the single player campaign in 3.

But that might not matter much if all I’m playing is multiplayer with the rest of the Cursed. There is this guy at work that’s taking the day off on Wednesday for Gears. That sounds like a good plan but we all need to take more than just a day off. More like a week or perhaps a month. That seems like enough time to really get the spirit of the game. If you get any game this fall, get Gears and come kill the Cursed. 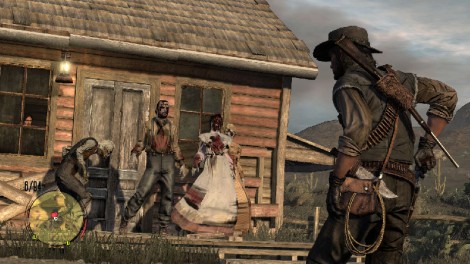 I’ve jumped around quite a bit, but a lot of my time has been focused on Red Dead Redemption: Undead Nightmare. I love the atmosphere and have been having a great time shooting zombies and zombified animals. I will say that I was pretty pissed about getting tricked into killing the Sasquatches, but I more than made up for that by saving all those towns. Hopefully I can see that DLC through to completion and eventually beat the main game, but my track record is pretty weak in that department.

I also played a ton of Eat Them, which is a monster game on PSN where your objective is to destroy large cities and fight off the puny humans doing their best to avert catastrophe. Awesome little distraction and well worth 9.99, especially for fans of Rampage or Godzilla movies in general. Will say that the missions that require you to race around the city without breaking anything are a bit lame, but other than that the game is stellar and needs more content.

After hearing from the rest of the crew, I want to pick up Dead Island at some point, but just feel like it won’t get the attention it needs so I am waiting till it’s gifted or a Steam sale comes up. 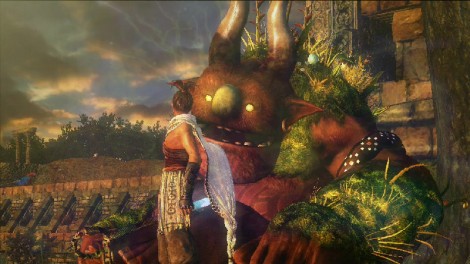 You big dumb lug, I love ya.

I made a bit more progress on the backlog and opened up looked over Majin and the Forsaken Kingdom. I think I’m about 3/4 of the way through it and intend on writing a review, but it’s been a wild ride so far. Let’s just say I learned how to enjoy the game and any Zelda, Ico, and Shadow of the Colossus fans should think about giving the game a shot when they come across it in the bargain bin. This game has heart. I’ve also been playing the hell out of Solar 2 which is one of the better Xbox Live Indie Game experiences I’ve played, and easily the one I’ve spent the most time with.

I need to finish both of those games because I’m about to switch gears (even before getting to Gears). I picked up Hard Reset for the PC and look forward to some mindless shooting this weekend. The big question is if I find Dead Island in time to start it before Gears 3 next week. I have a feeling Dead Island is going to bash my pleasure centers with melee weapons and gore. They just need to make sure to get their blows in before I rev up my lancer once again.