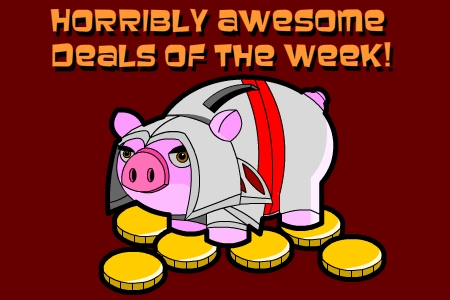 Oh crap, it’s Thursday again which means I have to clean out the kitty litter and take out the trash. It also means that my video game compilation list is live and ready to infest your brain then empty or pocket book.

Gamefly is offloading a wide variety of used games during their blowout sale over the next week and a half. These games have been passed around to numerous people and their self worth is pretty low at this point, so why not be the person to take advantage?  Includes games like Brink, Killzone 3 and many many others.

I think Assassins are pretty awesome, all cloaky and stabby with their mysterious lairs and puma-like agility. Still not sure how Creed fits in to the game though, unless they did the soundtrack or themselves are the target for assassinations (which would make it the strangest promotional material ever). 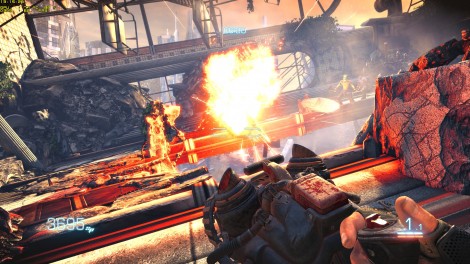 This week's forecast also calls for explosions and crude comments

The weather in this country has been bad over the last year, what with the flooding, hurricanes and massive tornadoes. Thank goodness that a storm made of bullets isn’t in the forecast, though I don’t think that’s exactly what the game is about.

Based on what this game is claiming, future wars will be fought by giant robots and instead of an all out battle, opposing sides will take turns shooting at each other. Sounds risky but very polite. This is a positive trend, etiquette is an under appreciated component on the modern battlefield. 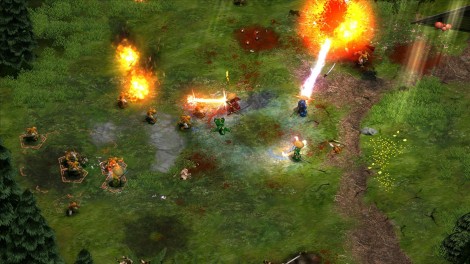 $100.00 might seem like a lot, but buying the 90 or so odd games included in this pack individually would cost you around $767.00. If you like strategy, this is the pack for you, including games like Hearts of Iron, Majesty 2 and Mount and Blade as well as some personal favorites of mine in Magicka and the Penumbra series. If you’re  new PC gamer, pick it up and instantly increase your library by 900%!

Penguins can’t fly, but the last time I was at the zoo they told me they’d like to learn. I’m not exactly sure how to teach them, but this game gave me some pretty good ideas. Now I just have to figure out how to get them out of the zoo.