We’ve all been suckered into a few great but mostly terrible accessories to enhance our favorite games. Where to even begin?

That’s an easy one. The gaming accessory I regret the most was the Reality Quest “Glove” controller for the original Playstation. This thing was awful. Sure it might have looked badass and made you feel a little bit like a cyborg, but it missed out on one major fact, it didn’t work worth a crap. If you strapped it on too loose, you couldn’t hit the buttons. If you strapped it on too tight, you couldn’t move your fingers. Then there’s the motion. Hold you hand out like you’re going to shake someone’s hand. Now, without turning your wrist, tilt your hand toward the floor. If it hurts then you’re doing it correctly, which is also, weirdly enough, how you would move your character forward with this controller. No, no, and a thousand times no. Really I just want Captain N’s belt!

A little too handy.

For me it was InterAct’s Handy Boy. It’s basically a swiss army knife for the original Game Boy. It wasn’t actually licensed by Nintendo, for obvious reasons, but added everything the Game Boy was “missing”. A magnifying lens that also functioned as a light, giant ass stereo speakers, and a snap on thumbstick so you could pretend like you were playing the crappy Mortal Kombat port in the arcade. The thing was so ridiculously large that it came with a shoulder strap. The accessory was actually larger than the Game Boy itself. At least It was a way to get all of the ladies. Just strap your transformer of a Game Boy over your shoulder and hit the town.

I didn’t tend to pick up all that many accessories, but I do remember the light guns from Lethal Enforcers just looked really stupid. One was pink, one was blue and you had to plug one into the other in order to play two player. I am being pretty picky though because that game freaking rocked my ball hairs off, but a more masculine approach to my firearms would have been nicer.

Does the Wii count as an accessory? I know we’re supposed to stay away from Nintendo, but that system had millions of doo-dads, all of them a waste (especially that stupid sports pack).  Only thing that the Wii was missing was a Ninten-dildo.

Holy hell, look at the Handy Boy’s face. Frightening. And Alex, I feel bad for anyone who got suckered into failed Nintendo ideas resurrected by another company.

Recently, my worst purchase was a ridiculous headset (I don’t know the brand) that I bought when our crew thought we were getting back into PC gaming. The thing looked like an air traffic controllers nightmare, but it was comfortable as hell. Regardless, we played on group session on Team Fortress 2 before abandoning the idea all together. I felt like an idiot in the headset and refuse to wear it to this day. 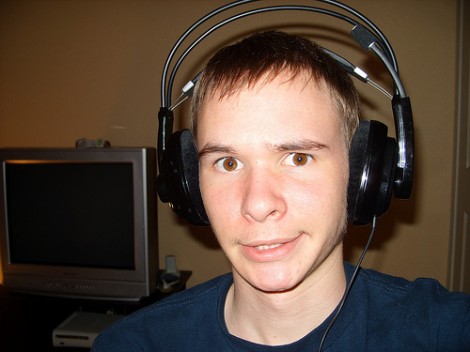 Not pictured, Rob or Justin.

I love how you suckered Robeque into buying the same headset. I’m pretty sure there was enough room in between the top of your head and the top band of the headset for me to sit up there and chill.

Hahaha, those headsets are pretty funny looking, but at least you accepted their lack of cosmetic appeal. I see people roaming the streets listening to their iPods with similar contraptions and I just don’t get it. Accessories just don’t do it for me, mostly because of this sort of impracticality. I did really want one of those gamer chairs for a while, but imagined never wanting to get up, which would be counter productive to maintaining a paying job.

I do get a kick out of dragging people down with me during my impulse buys. Just be thankful if you weren’t around for my Gamecube days because my all-time worst Nintendo purchase came in the form of buying the e-Reader. Because you know buying trading cards to scan in items for games was something that was really going to catch on. The game? Animal Crossing.

Animal Crossing sounds like your gateway drug, but it is amazing the lengths we’ll go when we’re into something. I really considered the Sega CD at one point because I thought Sewer Shark looked cool. It’s a good thing that purchase never happened (thanks mom and dad for stating that two systems was enough). Does anyone remember that weird ring thing for the Saturn I think that was supposed to be built for fighting games and used your movement? Not sure what it was called, but it couldn’t have been too successful. 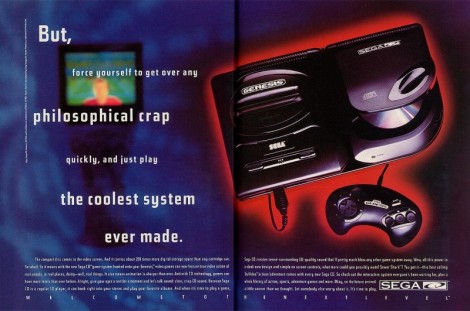 The coolest ‘accessory’ I had was a gold NES controller with a headphone jack. My mom bought it so she didn’t have to listen to my games. Sega Channel would be cool if it was an accessory but sadly it was hardware. I’m also sure I had those fish bowl magnifying windows for my Game Gear. I did have a friend that had a Power Glove. Sadly it didn’t get much use due to having to enter those freaking codes. I could keep banging on Nintendo, but that would be too easy.

I’ve never been much for accessories. However, I did buy SOCOM: Confrontation for the PS3 mainly for the headset. I was all PS3 at the time and it was the best headset available. Shortly after buying the game I traded it in and kept the headset. Growing up I had a neighbor who had everything when it came to video game stuff. Power Pad, NES Advantage, Sega CD and the Power Glove were some of the things that stood out to me.

I remember the Power Glove the most because my neighbor had duct taped the 3 dongles that the Power Glove needed to be able to “work properly” around the TV and they kept falling. I also remember the little white glove you were supposed to put on before putting on the Power Glove. We called it the Michael Jackson glove, though we never felt compelled to touch our crotches with it. What a piece of crap that Power Glove was, even if it was so bad.

Wow. You guys are accessory buying suckers. The closest thing I ever bought to a stupid accessory was the Sega Game Gear (yes, the whole system) and the External Power Pack (which was roughly the size of a Big John from Jimmy John’s). Other than that, I think the only accessories I’ve purchased through the years are: 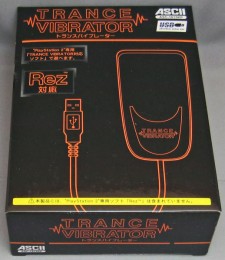 Josh, do you read our site because we’ve covered that before? Also ewww dude, you actually touched it?

Just pop it on your panda.

I actually had the mouse accessory for the PSONE. I ended buying it after picking up Quake 2 for the system. I still don’t know what prompted that purchase other than my love for Quake 2 and my want for playing it on the TV. The mouse was dumb though. Sure it worked, but all it did was force you to sit uncomfortably close to your tv while you awkwardly moved around the world since you had to still use a controller in the other hand, all just to play a version of Quake 2 that was crappier than the original. I think the mouse also worked with Lemmings 3D.

I will admit that I always wanted the Super Scope for the Super Nintendo. It looked like a bazooka! However, Capcom’s Fighting Soldier…wow. 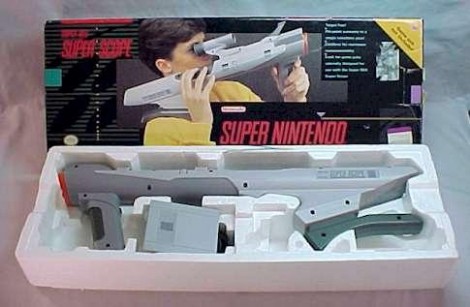 Good thing they added the 6 to the name.

Sorry, I didn’t know that everyone reading this also read the other 1000 articles on the site. MY BAD.

Marital aid? I’m pretty sure this is aimed at the non-married panda population.

Someone buy this thing so we can make fun of it/you.